Jeremy Vine jokes with Storm Huntley about her dog

On Friday’s Jeremy Vine on Channel 5, the Eggheads star and his panel of guests had plenty of talking points to get through with viewers. From the potential reopening of international travel for holiday-goers to the worrying news that the Old English Sheepdog is in danger of dying out, Jeremy and his stars all weighed in with their thoughts. However, after discussion turned to dogs and pets as a whole, the host couldn’t resist a joke aimed at Storm Huntley.

The swipe arose when Jeremy and Storm began discussing an endangered bird which had a nine-foot wingspan.

“It’s actually an endangered species,” Storm commented as they went through the animals in the UK facing extinction.

“So nine-foot wings?” Jeremy replied as he spread his arms out to try and envision the size of the creature. 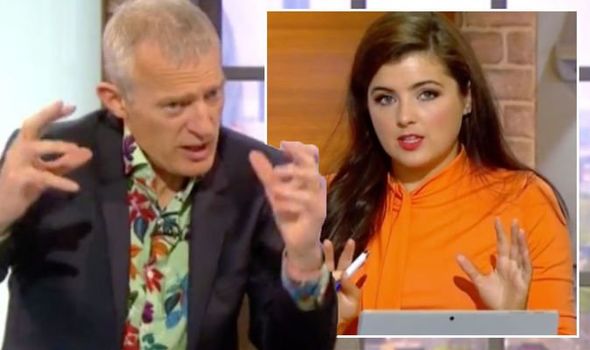 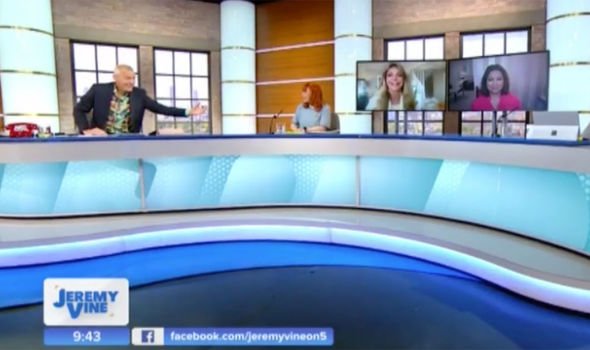 “And do you think if there was one above your dog it would just take it?” Jeremy asked.

Not keen on the line of questioning, Storm shot a look down the camera as she replied: “I certainly wouldn’t be relaxed about the whole situation.”

“Yeah,” Jeremy replied before spotting the opportunity to go one step further to tease his co-star. 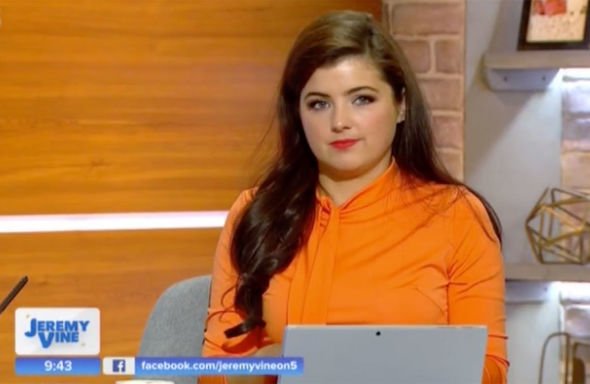 Again, an unimpressed Storm shot a glaring look down the camera as she sat in silence.

But Dr Sarah Jarvis who was in the studio alongside the pair stood up for the presenter.

“No, no!” Jeremy protested. “Before being returned to the ground safely.”

Trying to move on from the awkward joke, Jeremy addressed viewers: “Hello again -“

But he found himself giggling at his joke before regaining composure to introduce the day’s guests.

Luckily the rest of the panel saw the funny side of the joke as they could be seen chuckling at the jibe.

Fans of Storm’s will know just how much she cares about her pet pooch and has even dedicated an entire social media page to the dog.

Under the Instagram username @a_shihtzu_called_boo, Storm and her other half regularly update their followers with snaps of the adorable pet.

Boo has a following of over 1,500 on Instagram, while Storm regularly updates her 47.9k fans with what she’s up to.

Storm will return alongside Jeremy on Monday to discuss the biggest headlines to emerge over the weekend.

Jeremy Vine continues weekdays at 9:15am on Chanel 5.