Home » TV and Movies » 'You' Season 3: Will Baby Henry Continue the Cycle of Violence? 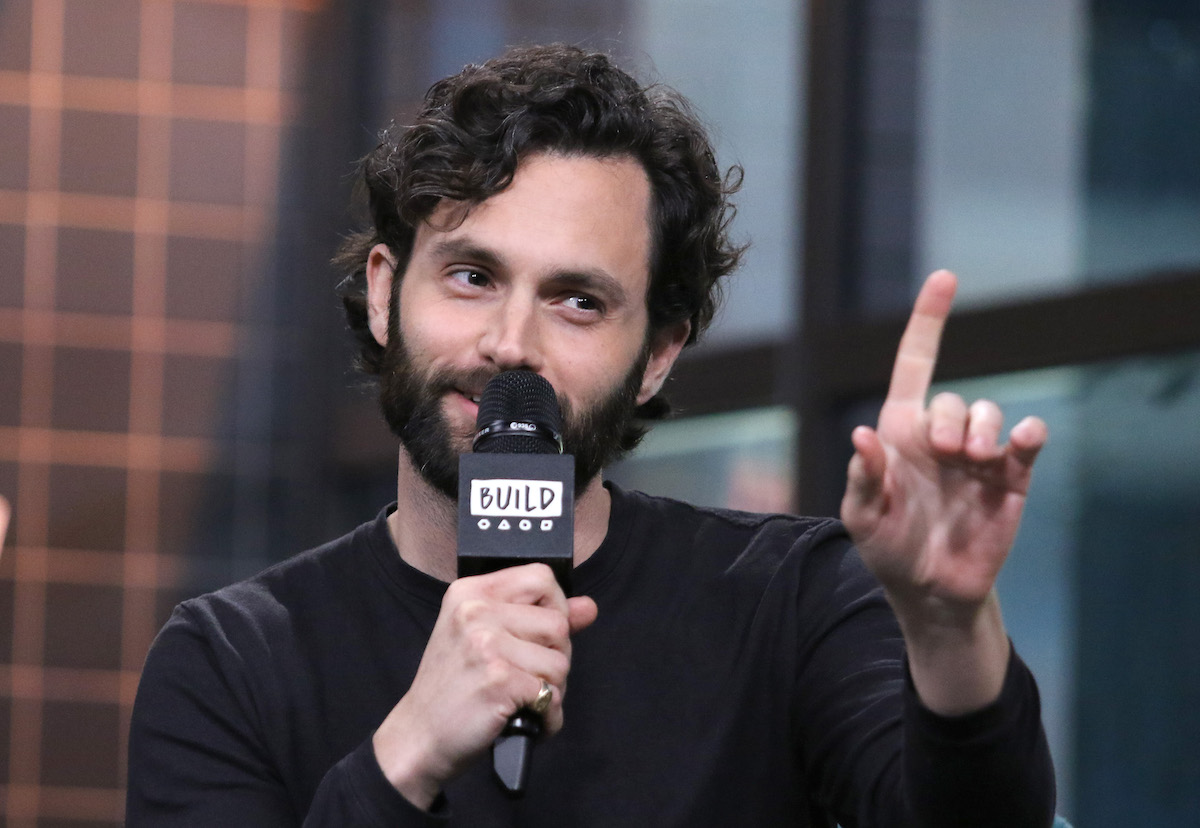 The teaser with the release date for season 3 of the Netflix thriller You has dropped and it’s just as creepy as you’d expect. There’s the ever-present narration from Joe (Penn Badgley). He’s analyzing, in typical Joe fashion, the kind of father he plans to be.

Meanwhile, we’re watching a close-up of Love’s hands making a cake to celebrate the birth of their baby. It’s decorated with a red drizzle that looks like blood. The teaser ends with the date of the season premiere, October 15, written on a slice of cake. Viewers learned last season that Love was pregnant, and now we’ll get to see what happens once the baby is born.

The prospect of either Joe or Love trying to maintain a healthy marriage was terrifying enough. But the thought of the two of them attempting to raise a functional human? It seems inevitable that it will end in disaster. But on the other hand, maybe Baby Henry will grow up and finally end the cycle of violence. If nothing else, season 3 of ‘You’ is likely to have plenty of twists and turns.

Joe will try to do better (as always)

In the narration, Joe talks about the prospect of being a father. He says, “Let’s just say I’m hoping you’ll do as I say, not as I do.” So he’s at least showing a hint of self-awareness here. But in the very next breath, he says, “But for you, I can change. I’ll be a man you look up to.”

Joe’s inability to recognize his own behavioral patterns is impressive. He tried to change for Candace (Ambyr Childers), Beck (Elizabeth Lail), and even Love (Victoria Pedretti) and failed miserably. So it’s probably unrealistic for us to expect him to suddenly begin following through with his good intentions.

What’s more, Joe’s own experiences with parenting haven’t given him the most positive examples to follow. Indeed, it’s Mr. Mooney (Mark Blum), his father figure, who teaches him all he knows about imprisoning people. And his biological father is abusive toward his mother.

Up until this point, Joe has desperately wanted to be different from both men. But he has consistently returned to the kind of abusive behavior he witnessed and experienced personally as a child. Will things change now that he has a son of his own? Will fatherhood serve as the catalyst that finally pushes him to reform? As much as we all love a redemption story, it’s probably not likely given the trajectory of Joe’s character arc so far.

Will things be different for the baby, though? Or will Henry just become, as Joe says, “a mini-me?”

What about Love in ‘You’ Season 3?

Joe isn’t the only one who will have some significant emotional hurdles to clear in order to become a good parent. Love has her share of obstacles, as well. In many ways, she has had to be a de facto parent for her brother Forty (James Scully). And in her case, that has included killing on his behalf.

Like Joe, Love justifies her violence by telling herself it’s necessary to protect those she cares about. Murder is her love language, and it’s likely she’ll find herself teaching her child that violence is a valid expression of love, albeit inadvertently. How will that impact the baby? Will he reject what he learns from her, or internalize those lessons and adopt her violent tendencies?

Who will Henry become?

The teaser reveals that the baby’s name is Henry. It seems like this is going to be significant in some way, because Joe spends quite a bit of time talking about it. And the name is even written on the cake.

But perhaps more importantly, Joe’s final words in the teaser are, “Who are you going to be, Henry?” And that’s the big question. Will Henry grow up to be violent like Joe, the way Joe followed in the footsteps of his own father figures? Or will he break the cycle, creating a different kind of life for himself as Joe has tried and (so far) failed to do?

We don’t know how much time will be covered in this season. Will the season stay in the present, only showing us Henry as a baby? Or will we get a glimpse of Henry’s future? If there is a time jump, some interesting things could happen thematically.

As mentioned, it’s unlikely Joe will meaningfully redeem himself. And if the series does go in that direction, it will ring somewhat hollow. To see Joe suddenly do an about-face and give up his violent ways for good would feel forced and inauthentic. But if Henry is the one who breaks the cycle — if Joe succeeds in raising a son who has the capacity to become a better person — that would be a much more intriguing redemption arc.

By contrast, if Henry follows Joe’s example and becomes a killer himself, then we’ll have an interesting, albeit pretty bleak, story about continuing cycles of violence.

The first two seasons of You are currently streaming on Netlix.