Are you looking forward to new Yellowstone spinoff series 1923? Earlier this year, it was announced that Hollywood legends Helen Mirren and Harrison Ford had been cast as the new series’ leads – and now we’ve finally got some more information about their characters, as well as other stars of the show.

The Star Wars and Indiana Jones actor will be portraying Jacob Dutton, the brother of James Dutton, who was played by country star Tim McGraw in the first Yellowstone universe prequel, 1883.

Meanwhile, Helen will play Jacob’s wife, Cara Dutton, while a number of newly announced cast members will portray the rest of the Dutton brood. Scream actress Marley Shelton is set to play Emma Dutton, the dutiful wife of John Dutton Sr. and the mother of Jack Dutton, who will be played by Chilling Adventures of Sabrina star Darren Mann.

As fans will remember, John Dutton was played by child actor Audie Rick in 1883 so he will be in his mid-fifties in the new series and, as we know from Yellowstone, has taken over the running of the ranch from his father. However, no casting news for his character has been announced yet. 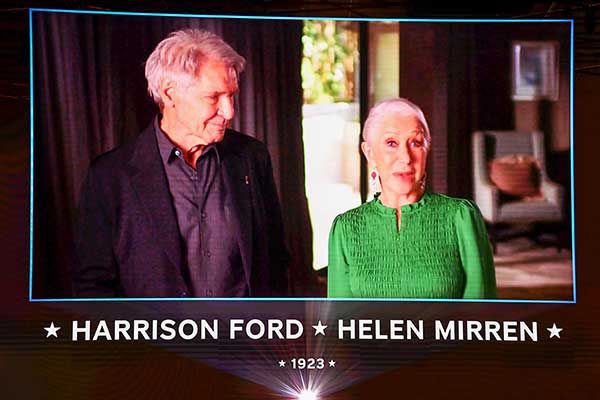 1923 focuses on the next two generations of Duttons as they “struggle to survive historic drought, lawlessness and prohibition, and an epidemic of cattle theft; all battled beneath the cloud of Montana’s great depression, which preceded the nation by almost a decade.”

The series is set to be released in December 2022, and there is a chance that viewers will get a first glimpse of the new show on the main series Yellowstone. According to The Wall Street Journal, during the upcoming fifth season of Yellowstone, several of Taylor Sheridan’s new shows will be launched – and we have a strong feeling that 1923 is going to be one of them.

As fans will recall, prior to the premiere of 1883, viewers were introduced to the first-ever Duttons, played by Faith Hill and her husband Tim McGraw, through an elongated flashback sequence in the opening episode of season four. We think we can probably expect the same from 1923 ahead of its debut on the streaming service. We can’t wait!