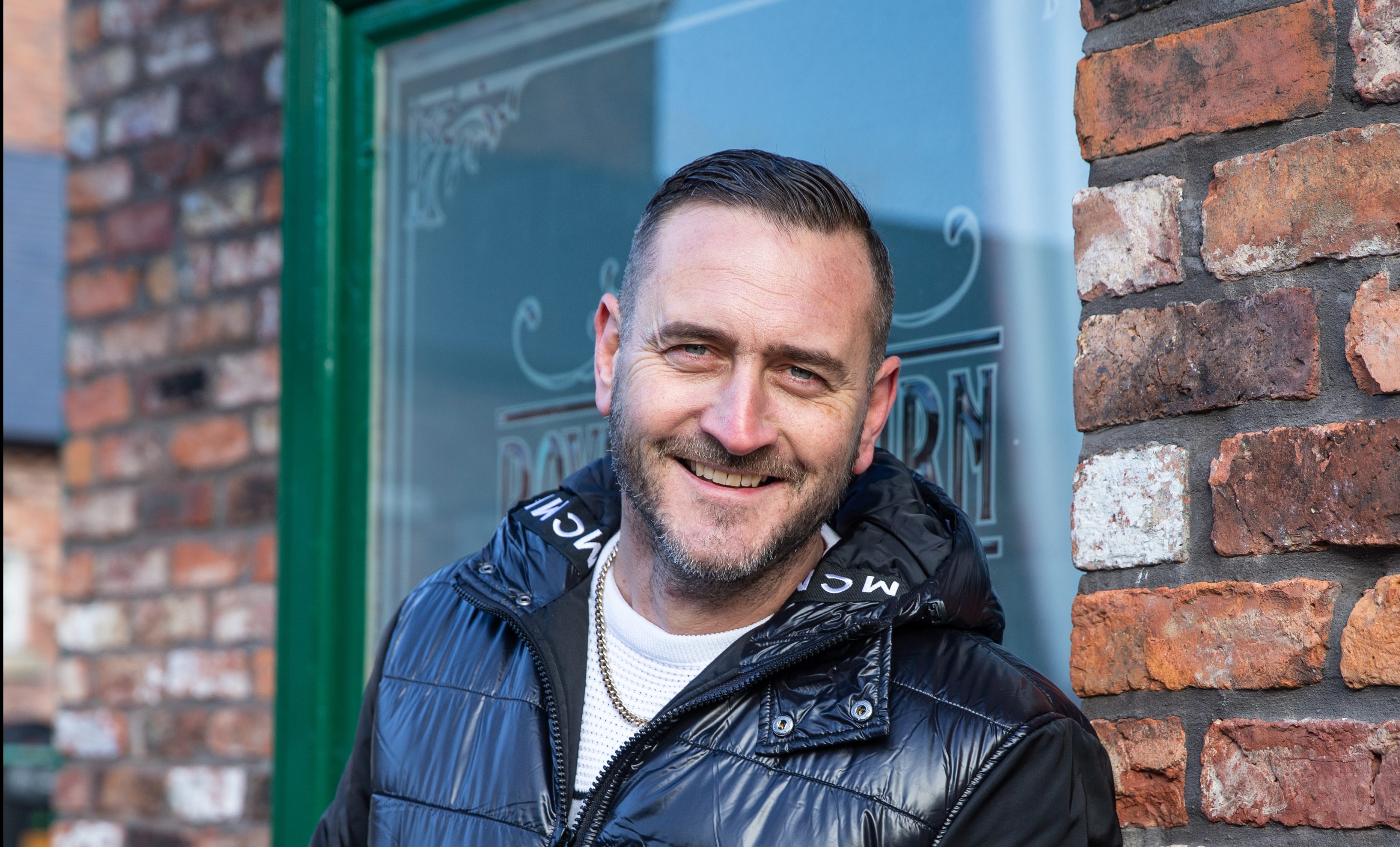 Will Mellor was recently announced as the actor to play the latest Coronation Street villain – drugs lord Harvey.

Harvey will cause havoc for Leanne (Jane Danson) and Simon (Alex Bain), two Weatherfield residents who are now wrongly caught up in Harvey’s drug dealing business, and things are set to get dark for them as Leanne goes to extreme lengths to try and save Simon.

As Will Mellor makes himself comfortable on the cobbles, he recently opened up about how beneficial getting the role of Harvey has been for his mental health, following the death of his dad:

‘I was sick of feeling rubbish and now I feel great. My mindset is better. You cant change a situation but you can change yourself, and keep an eye out for those little triggers. I knew filming with Coronavirus restrictions would be different and tougher, things may take longer but it’s actually okay.

I’d rather be doing it with these regulations in place than sat at home, it’s good for me to be working, good for my mind seeing people even though we can’t gather socially in the green room and makeup room, usually it’s the hub of filming. Yes, that’s not the same but I’d rather abide by the rules and still be able to film. Its great we’re working and making TV.’

Will continued, adding how the lockdowns have impacted him:

‘The whole mantra is ‘it’s okay not to be okay’ and how talking helps, I’d be a hypocrite if I didn’t listen to my own advice. It’s tough, being a creative in a pandemic, my mind bounces all over the place, my wife reckons I had ADHD that wasn’t diagnosed as a kid, so I’ve got it as an adult! It’s very hard to deal with day to day when you’re doing the same thing, I feel like I need to be creating. It’s alright to feel down and sad. I cry a lot, I’m an emotional person, the highs and lows are part of me and I just accept it.’

Will finished his chat, concluding with a special way he keeps his dad’s memory close to him:

‘I wear my dad’s ring and I don’t ever take it off. I thought it would be nice to incorporate it into the character and that way my dad is with me on set all the time. He was a massive Corrie fan and he would be so proud that I was in the show, so this way he is also in the show with me.’