Movie superhero costumes haven’t been accurate to the comic-book versions for years. The original 1978 Superman with Christopher Reeve marked one of the relative few times that a movie costume strongly resembled the one in the comics. Four words: Nipples on the Batsuit.

The Marvel Cinematic Universe has been rather clever in the way it uses costumes that look like the comic book versions: they make quick cameos, such as the Scarlet Witch costume that appears in one shot of the WandaVision preview. 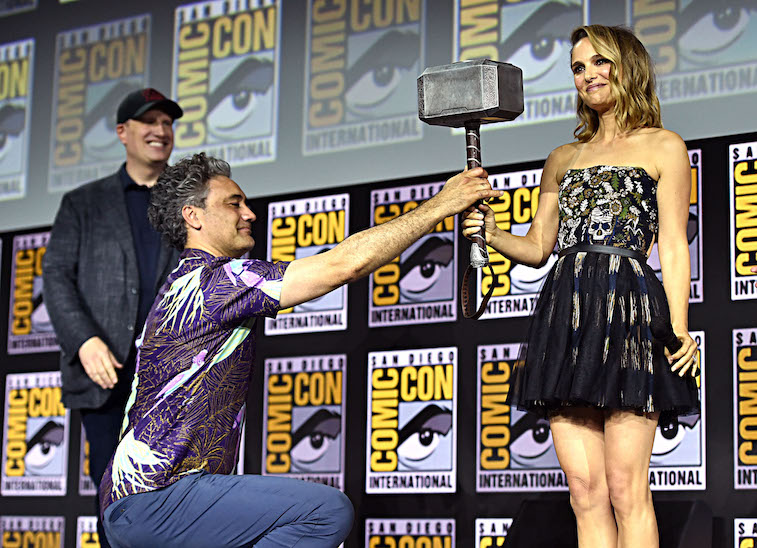 The subject of superhero costumes came up on Reddit where a fan posted three pictures of MCU costumes that actually looked like the comic versions: the WandaVision outfit, Power Man from the Netflix series and Captain America’s star-spangled get-up in The First Avenger.

Fans pointed out that Spider-Man’s basic outfit looks comic accurate. Thanks to Stark Industries, however, even Spidey’s costume has a life of its own with all its gadgets.

‘”(Director Sam) Raimi and (Marc) Webb’s Spider-man costumes are 1 to 1 with the comics. Raimi got it so right that Webb made changes for changes’ sake for the first suit,” one fan commented, referring to earlier Spider-Man movies that were not part of the MCU.

Another fan stated, “I personally don’t need comic accuracy. As long as the character is recognizably him/herself, I’m okay with it. In some cases, not going comic accurate is better. One big example of this is Captain America. It was such an inspired choice in The First Avenger to use his comic accurate look when he’s just a poster boy/mascot, and then move to something closer to a soldier’s outfit when he officially joins the fight. Cap’s a soldier. He would dress like a soldier.”

Examples of the changes from comic book to movie

The first X-Men movie in 2000 was what truly kickstarted the wave of superhero movies that still washes over Hollywood, and that movie actually poked fun at the printed versions of the costumes. It simply would not do for Hugh Jackman to go parading around in tight yellow spandex, so he gets a sleek dark outfit.

Sometimes one movie incarnation that is more or less comic-accurate gives way to something more “realistic” looking. The 2003 Daredevil movie featured a costume that was essentially comics accurate, but when the Netflix series came along, the costume designer stuck with an all-black homemade aesthetic that would make it harder for potential bad guys to spot.

The overall concept seems to be that what looks good in the comics looks goofy in the movies. Aquaman is one of the more extreme transformations from page to screen.

For years, people pointed and laughed at his orange Super Friends get up, so he got an entirely different look more befitting of Jason Momoa in the 2018 movie.

Why do movie costumes differ from the comics?

The question of why movie costumes differ from book costumes was addressed on a Stack Exchange discussion. One person pointed out that as “iconic” as some comic costumes may be, they change in the books sometimes more than they do in the movies.

“Lastly, whilst you may be correct in stating that Wolverine’s yellow and blue costume is ‘iconic’, it’s not his only costume, and it has changed several times over since his first appearance back in 1974,” the fan said.

It might also be something as simple as changing times. When Supergirl was introduced on the page, her classic costume was tight spandex with a very short red miniskirt. The 1984 movie adhered to this look, but when the current WB series featured this costume in the first season, it was treated as a joke, with Kara declaring she couldn’t possibly wear something that skimpy.

Subsequent seasons kept the skirt but gave Kara a costume similar to the look seen in Man of Steel. The costume was redone again in the current season, with Supergirl sporting tights instead of the skirt.