Love Is Blind on Netflix fans are still reeling from that shocking moment in the dating show's finale, but that hasn't stopped them from pointing out a confusing continuity error involving Giannina Gibelli's wedding dress. Warning: spoilers beyond this point.

Here's what went down: Damian Powers met Gibelli at the alter to tell her the wedding was off, leaving her completely devastated in front of her friends and family. She ran away in tears, hoping to get away from the cameras, and took a spill in her ice-white wedding gown in the process. However, some surprised viewers were so invested in the "I don't" moment that they noticed a small, but hard-to-explain, mistake in the editing.

Look closely: the back of Gibelli's dress was clearly covered in mud after she fell. 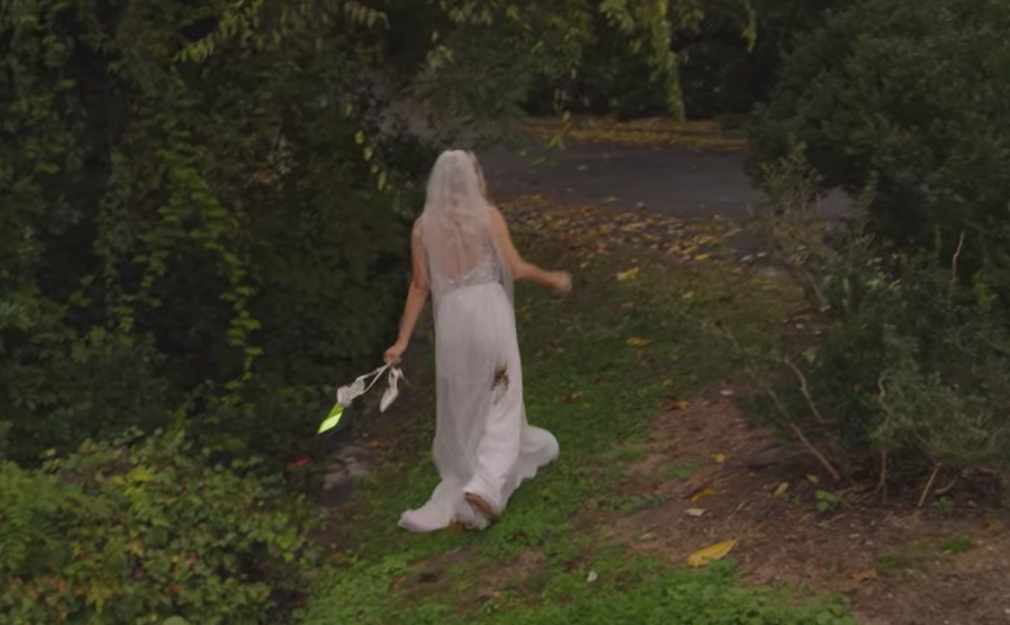 Giannina Gibelli in Love Is Blind.

However, when she came back into the chapel moments later to talk things out with Powers, her dress was magically spotless and perfectly pressed. 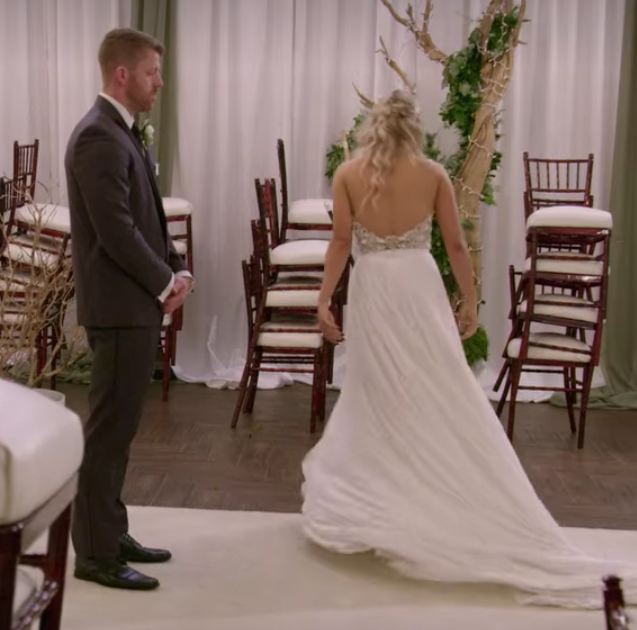 Damian Powers and Giannina Gibelli in Love Is Blind.

Cue the head-scratching. Did they shoot the confrontation beforehand? Maybe they just had the most powerful stain remover of all time?

Some fans took to social media to get clarification. "Can someone explain why Giannina’s dress was covered in mud after she fell but then it was sparkly clean again when she was talking to Damian?" one fan wondered on Twitter. Someone else chimed in: "I love #LoveIsBlind as much as the next person but the producing/editing of the Damian and Giannina scene was MESSY…veil on then off then on again? Runs off, slips and gets mud on her dress but no stain when confronting Damian?!"

In an exclusive interview with Glamour, Gibelli opened up about what her experience was like on Love Is Blind and said she's drawn strength from the whole situation a year and a half later. "You're always hopeful, especially when you're in your wedding dress, and you've made up your mind. It was a lot to take in and a lot of sadness, but a lot of humility and awareness of like, 'Okay, I've got to pick myself up. I need to feel all these feelings, but I need to pick myself up eventually,'" she said.

Netflix announced last week that it's dropping a Love Is Blind reunion special on March 5, which will hopefully answer all the burning questions fans have left and reveal who is still together after making it to the altar. Maybe they'll take a moment to solve the big dress stain mystery, too.