Home » TV and Movies » Who was Tyrone's ex Kirsty as she is dead in Coronation Street? 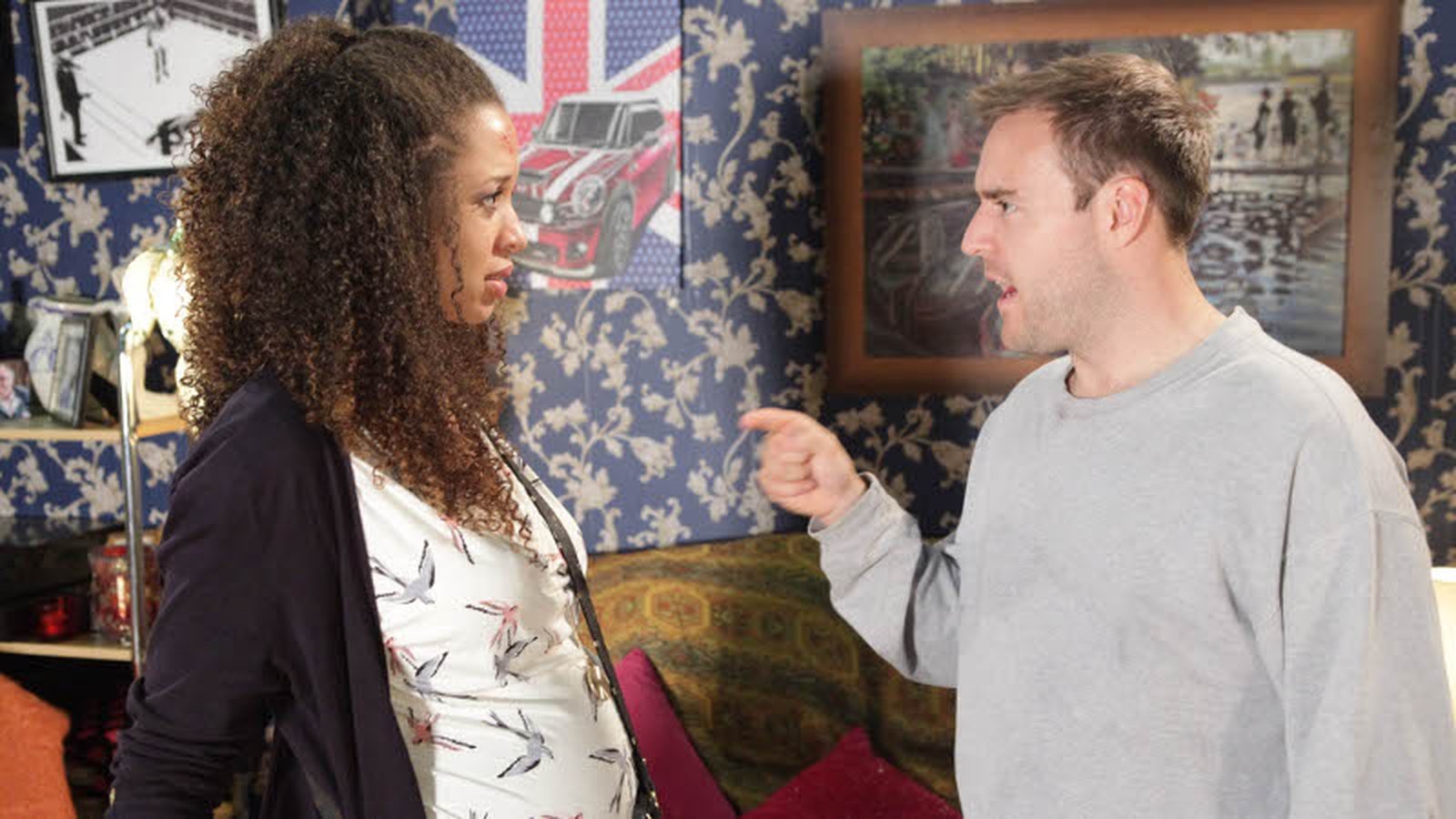 The young man, who recently left Fiz Stape (Jennie McAlpine) to be with Alina Pop (Ruxandra Porojnicu), is stopped in his tracks when he finds a policeman on his doorstep.

The policeman invites him for a chat, as he breaks the news that Kirsty has died.

Ty subsequently tells Fiz all about what’s happened. Alina, meanwhile, remains in the dark, but she’s got other things on her mind, as she suspects she might be pregnant.

But with Kirsty’s story set to be revisited tonight, how much do you remember about the character?

Fear not! We’ve got you covered.

Who was Kirsty in Coronation Street?

The character made her first appearance in the ITV soap in 2011. Tommy Duckworth, during a night out, paid her to flirt with Tyrone, but she ended up enjoying his company.

Tyrone later found about this, and was gutted, but Kirsty made it quite clear that she wasn’t interested in playing any games, as she really did like him.

The pair kissed on his doorstep.

Kirsty, who had been a victim of domestic abuse herself, soon headed down a dark path, after she moved in with Tyrone.

Her controlling tendencies came to the forefront, and she was an expert at manipulation.

She soon became aggressive, and incredibly violent, lashing out at Tyrone and beating him on several occasions, in what would become an award-winning domestic abuse storyline.

Tyrone planned to leave Kirsty in the wake of her actions, but he ultimately returned home after she apologised.

Kirsty, meanwhile, gave birth to Ruby, and Ty resolved to stay with her in the hopes of getting custody of his child.

The young man soon embarked on an affair with Fiz, and when Kirsty found out, she railed at him on their wedding day. A showdown, however, resulted in her falling down the stairs, and she subsequently accused Ty of abusing her.

However, on the day Tyrone was due to appear in court regarding these accusations, Kirsty realised that Ruby was not safe with her, and therefore she confessed to abusing Tyrone.

The character made her final appearance in 2013, when Ty visited her in prison. Tyrone explained that Kirsty would always be Ruby’s mum.