Home » TV and Movies » Who Wants To Be A Millionaire? – LIVE UPDATES from tonight's show as first winner crowned in 14 years

WHO Wants To Be A Millionaire? fans have been loving the latest season of the classic quiz show.

Host Jeremy Clarkson has been quizzing contestants all week, and tonight's final episode sees one brainy member of the public take home the incredible £1million prize.

Tonight's jackpot winner will be the sixth person in the history of the show to walk away with the £1million cheque.

Who Wants To Be A Millionaire? has been airing on ITV every night this week.

Producers are yet to reveal who will win the million pound jackpot.

Follow our live blog below for the very latest updates

Earlier this week one contestant was left stumped when she was asked to guess which singer released the album ‘Divinely Uninspired to a Hellish Extent’.

“I don’t even know who Lewis Capaldi is,” she exclaimed as the answer was finally revealed by host Jeremy Clarkson.

And in true Lewis Capaldi style, the Scottish singer has now dropped merchandise poking fun at himself and the comment! 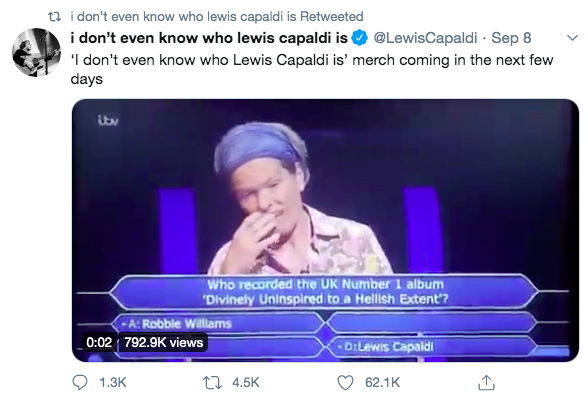