Home » TV and Movies » What's New on Peacock in September: How to Watch 'Days of Our Lives'

Peacock has entered the streaming game. The Comcast-owned NBCUniversal launched its streaming platform, Peacock, last year with something for everyone: From originals like the Saved by the Bell and Girls5Eva to comfort food like The Office andParks and Recreation.

The service is available to Xfinity customers, but customers can choose from three options: a free tier or two paid tiers called Peacock Premium. The free tier will provide access to a limited, ad-supported version of Peacock and customers will only be able to stream select episodes of Peacock originals and roughly half the library. In the two paid tiers, Peacock Premium, customers can spend $4.99 a month or $49.99 a year for ad-supported access to everything on Peacock or upgrade to ad-free for $9.99 a month or $99.99 a year.

After being notably absent from Roku for a time, the Peacock app was made available on Roku devices last fall.

“We are pleased Roku recognizes the value in making NBCUniversal’s incredible family of apps and programming, including Peacock, available to all of their users across the country,” the media company said Sept. 18, 2020. “More than 15 million people signed up for Peacock since its national launch in July and we are thrilled millions more will now be able to access and enjoy Peacock along with other NBCUniversal apps on their favorite Roku devices. Roku’s incredible reach will not only help us ensure Peacock is available to our fans wherever they consume video but continue to expand NBCUniversal’s unrivaled digital presence across platforms.”

Peacock is one of the major services to join the growing number of streaming options, which already includes the Warner Media-owned HBO Max, Amazon Prime Video, Apple TV+, Disney+, Hulu, Netflix and more.

Intended to launch with the 2020 Tokyo Summer Olympics (before the Games were postponed to 2021 due to coronavirus), Peacock’s launch instead focused on its deep catalogue of content — 20,000 hours worth of classic titles including full runs of Downton Abbey, Friday Night Lights, The Office and Parks and Rec — as well as new originals that will be available to stream on its first day. With much more to come, including the drama reboot of Fresh Prince of Bel-Air and The Lost Symbol.

From original movies to anticipated series, here are a few of ET’s picks for what you can stream on Peacock.

Days of Our Lives: Beyond Salem

Premieres Sept. 8. The first Days of Our Lives limited series takes place over a long weekend — John and Marlena travel to Zurich, Ben and Ciara have a romantic getaway in New Orleans, Chad visits old friends in Phoenix, and Abe, Paulina, Lani and Eli vacation in Miami. All find themselves embroiled in a mystery involving stolen jewels which, in the wrong hands, could cause dire consequences for Salem. It’s a race against time for ISA agent Billie Reed as she crosses the globe in search of this missing treasure. The cast includes Lisa Rinna, Deidre Hall, Drake Hogestyn, Jackée Harry, James Reynolds, Victoria Konefal, Robert Scott Wilson, Billy Flynn, Lamon Archey, Sal Stowers, Eileen Davidson and Charles O’Shaugnessy. 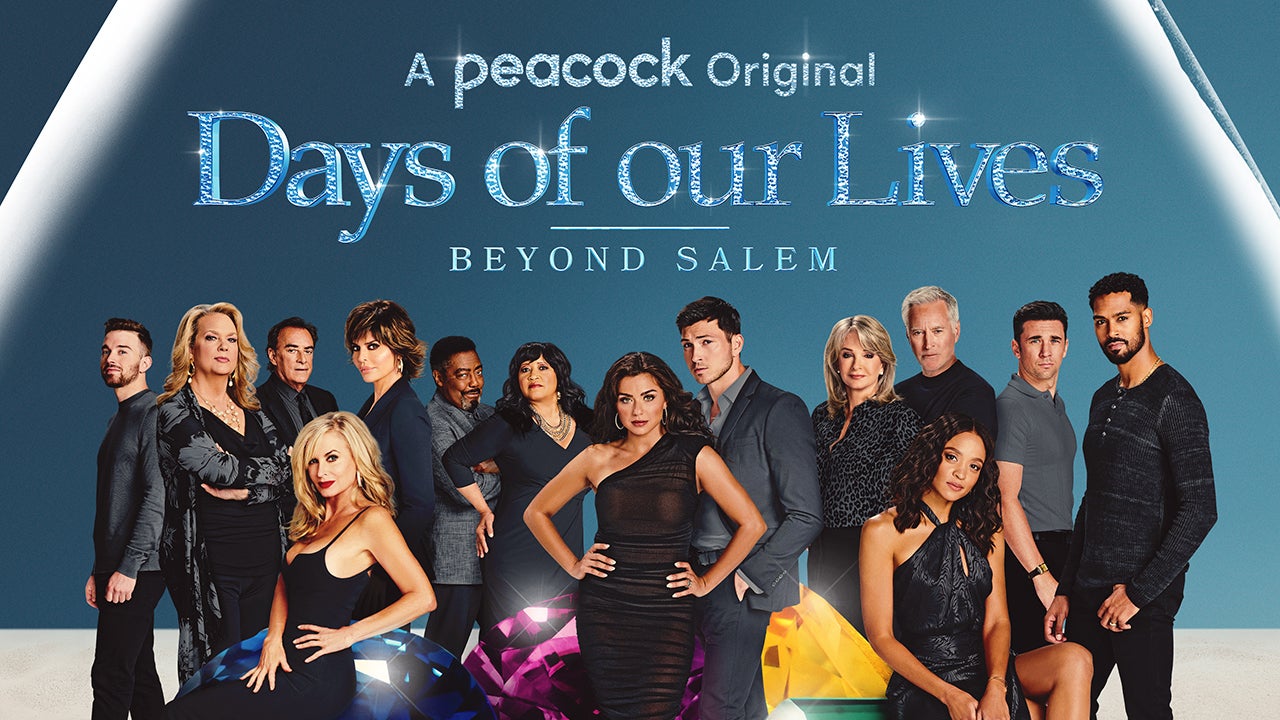 Premieres Sept. 16. Based on Dan Brown’s best-selling thriller, The Lost Symbol, the series follows the early adventures of young Harvard symbologist Robert Langdon (Succession‘s Ashley Zukerman), who must solve a series of deadly puzzles to save his kidnapped mentor and thwart a chilling global conspiracy. 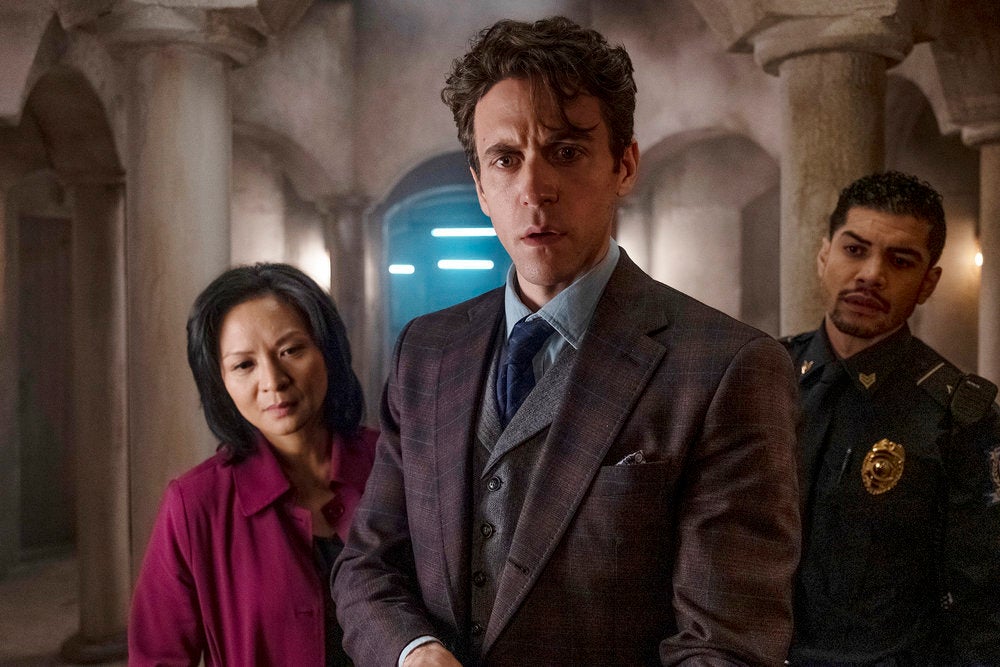 Premieres Sept. 30. An unscripted series that follows Lovato, their skeptical best friend, Matthew, and their sister, Dallas, as they attempt to help uncover the truth about the UFO phenomena. While consulting with leading experts, Demi, Dallas and Matthew will investigate recent eyewitness encounters, uncover secret government reports and conduct tests at known UFO hot spots. 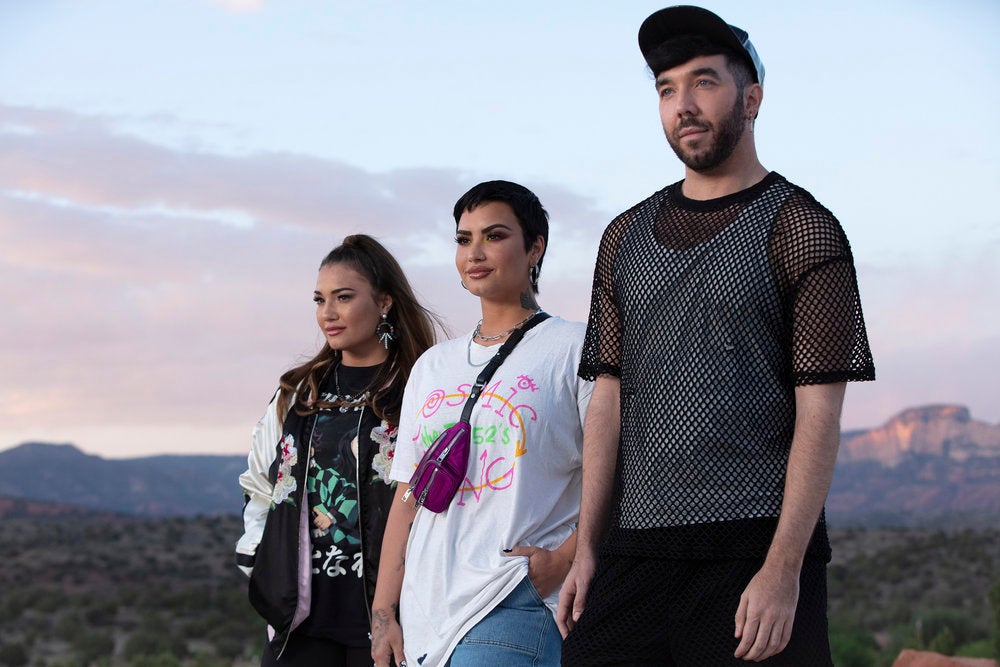 Premieres Sept. 9. Hosted by Meghan Trainor and Marcus Samuelsson, Top Chef Family Chef follows young chefs hailing from states including Alaska, New York and Hawaii as they sharpen their knives and battle it out to prove that their culinary skills are aged to perfection. From mastering molecular gastronomy for the cast of Saved by the Bell to cooking in a culinary smackdown for WWE superstars and creating a meatless menu for an NFL tailgate with the Los Angeles Rams, the chef duos are put to the test in a series of creative and suspenseful Quickfire and Elimination Challenges. 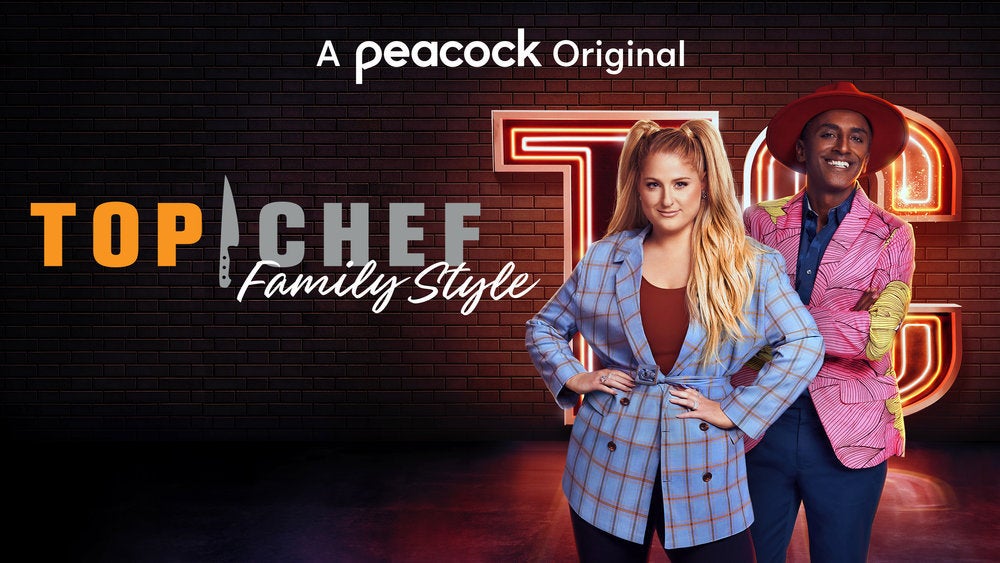 Premieres Sept. 9. Hosted by Damon Wayans Jr. and Kyle Brandt, Frogger brings to life this popular franchise and supersizes it on an epic course! Audiences and contestants alike will be transported into a wild, whimsical Frogger world, filled with all the simple but challenging elements of the mega-hit from Konami. The first three episodes drop on premiere day, with subsequent episodes released weekly. 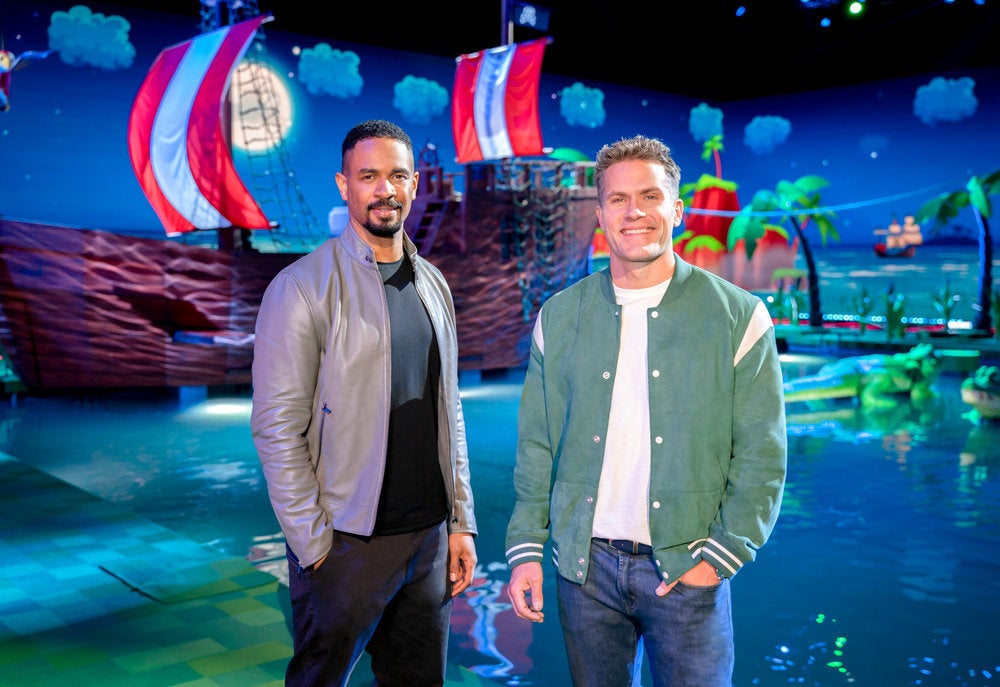 Ex-Rated, hosted by Andy Cohen, explores the growing trend of adult singles who send standardized “exit surveys” to all of their previous romantic partners — from long-term relationships to casual hook-ups — to learn why their relationships never materialized or simply didn’t last. 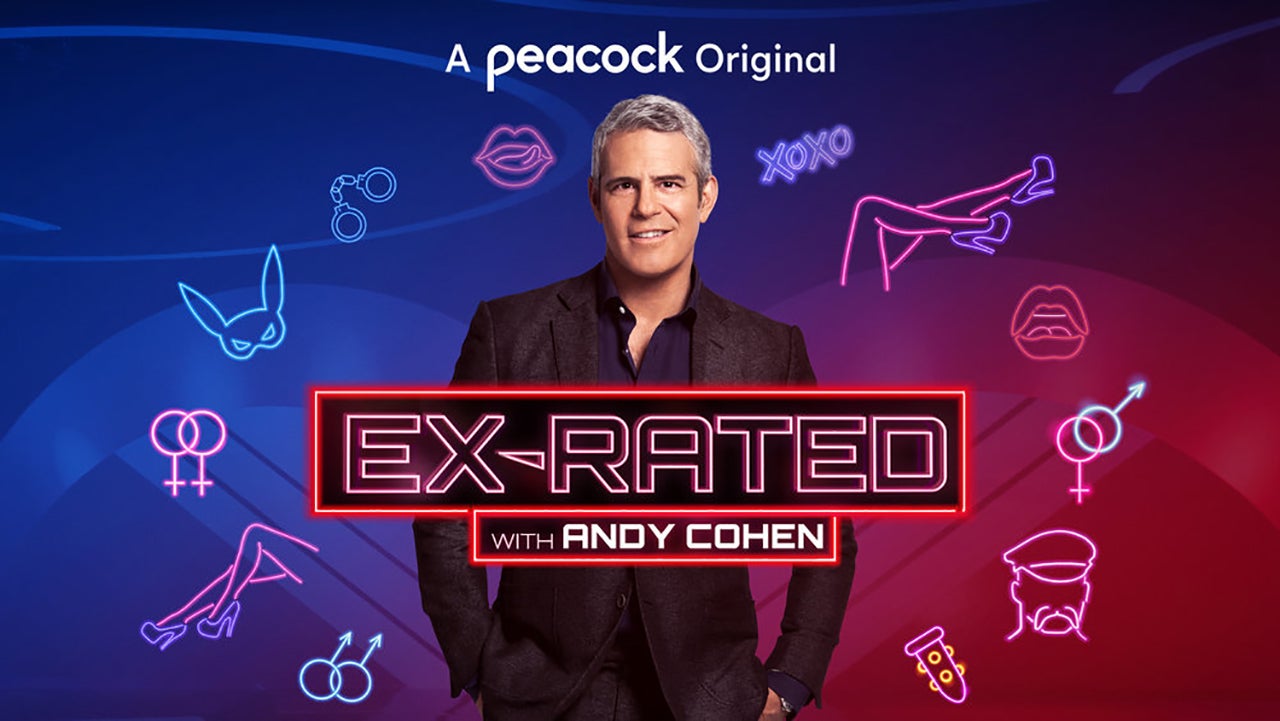 Kevin Hart takes a turn as talk show host, interviewing A-list guests in the comfort of his virtual wine cellar for an uninterrupted hour of insight, truth, enlightenment and of course, humor. The series, which will drop groups of episodes every Thursday, will dig deep to find out what makes these world-class influencers tick, their goals and aspirations, their journey to stardom, and the obstacles they overcame to reach their lofty status. 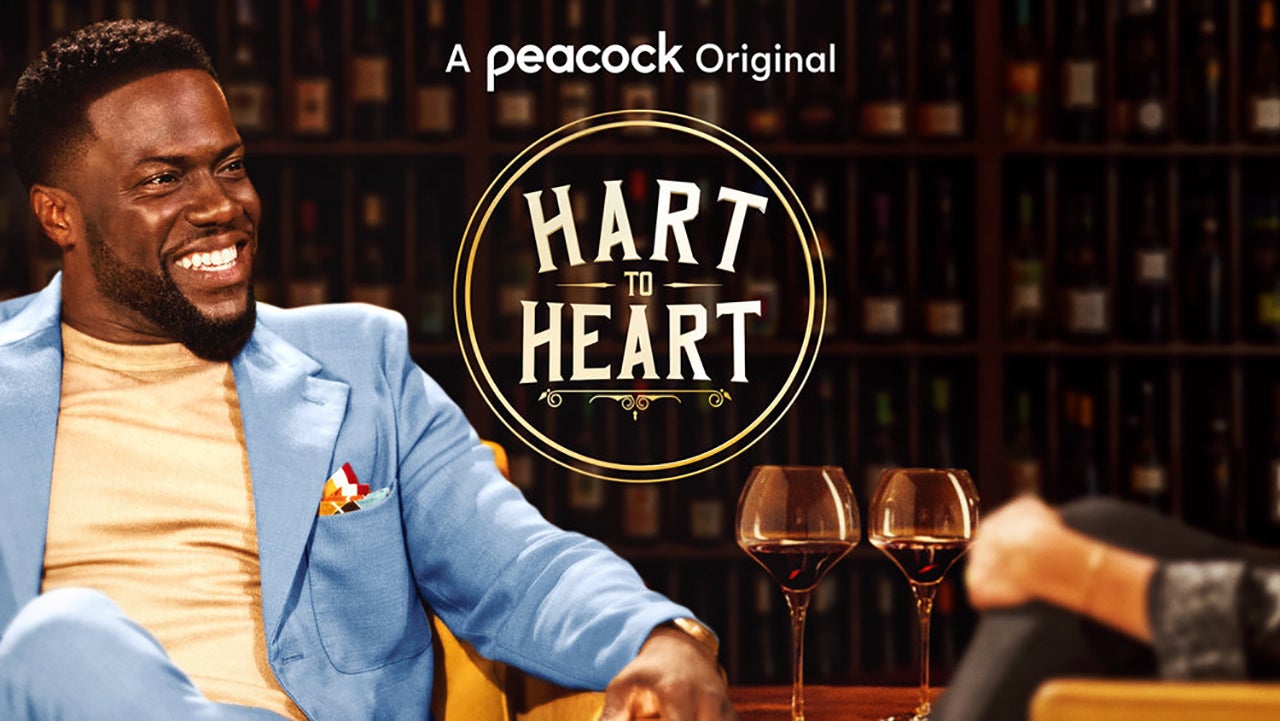 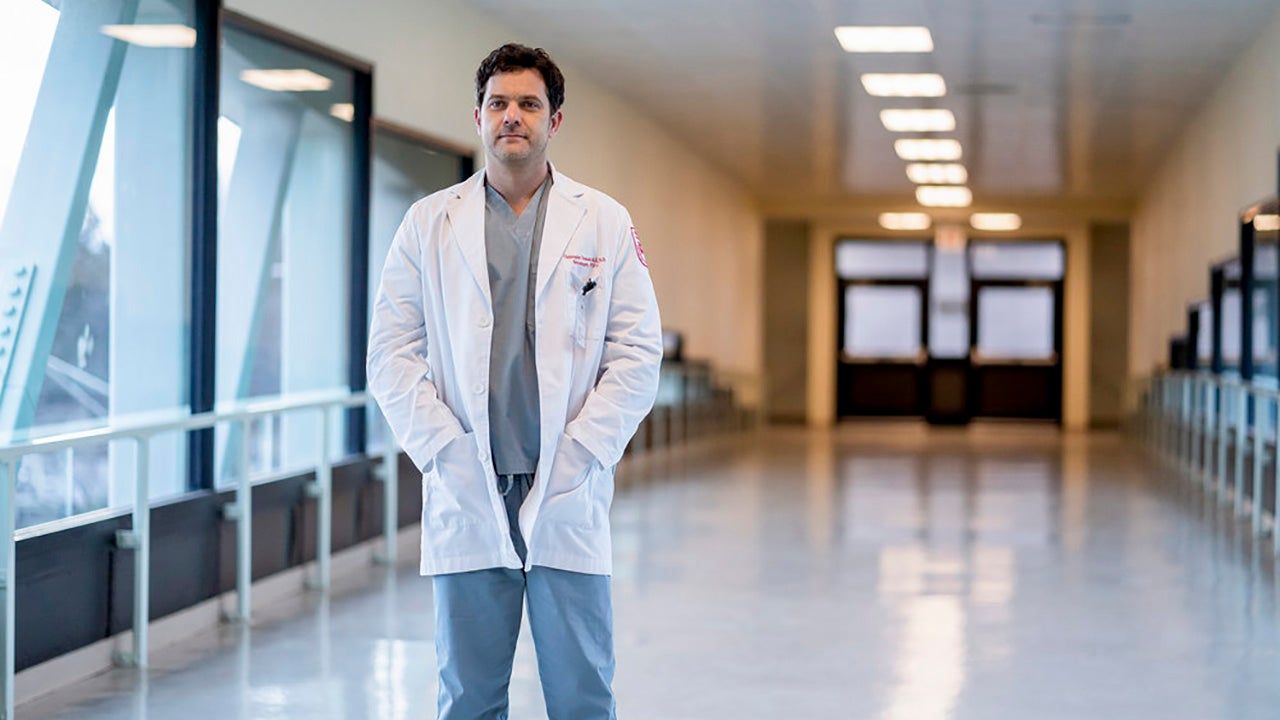 Girls5eva follows a one-hit-wonder ’90s girl group who reunite after they get an unexpected opportunity to make a comeback when their only hit song is sampled by a hotshot rapper. Starring Sara Bareilles, Busy Philipps, Renee Elise Goldsberry and Paula Pell as the former foursome, their road to musical redemption is one fraught with bumps and hiccups along the way. 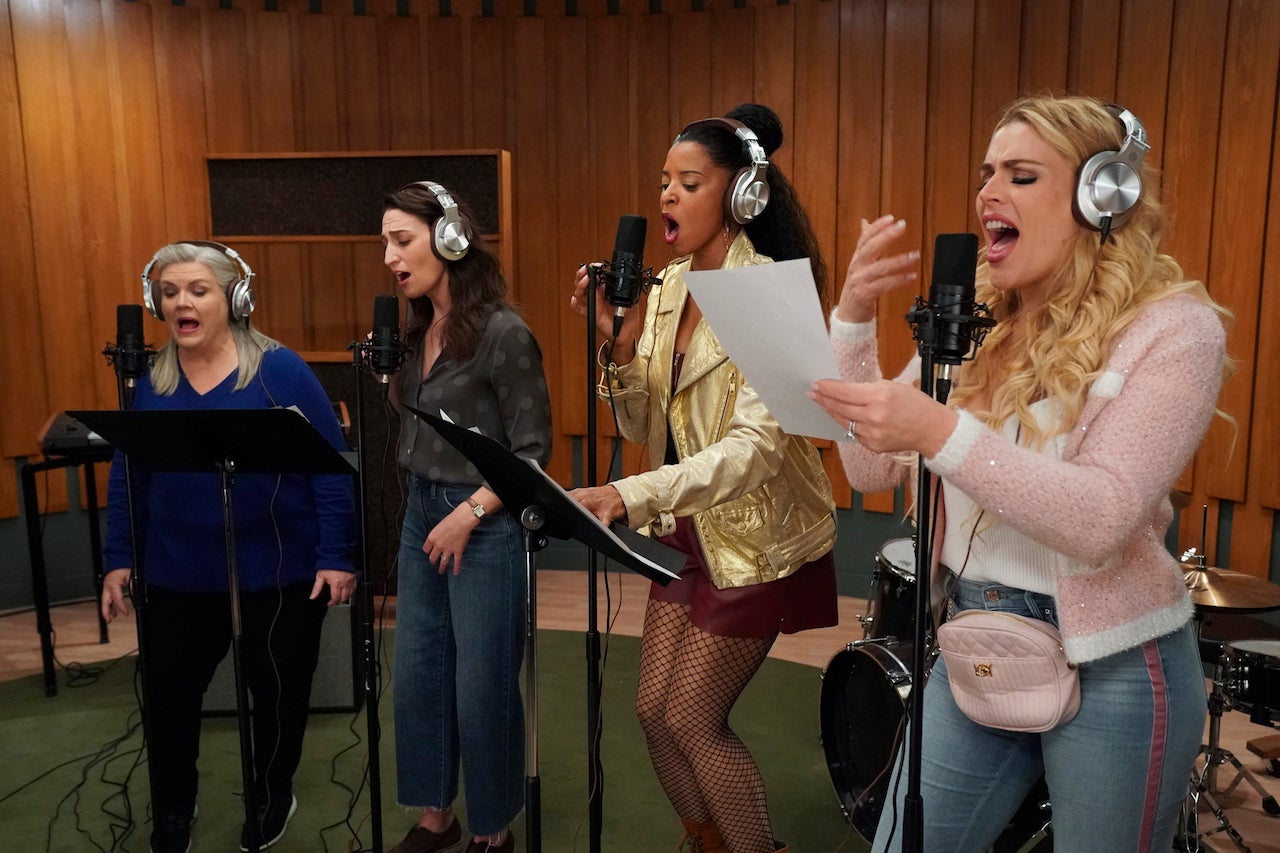 A comedy about two lifelong best friends, Nathan Rutherford (Ed Helms) and Reagan Wells (Jana Schmieding), who find themselves at a crossroads — quite literally — when their sleepy town gets an unexpected wakeup call. Michael Greyeyes, Jesse Leigh and Dustin Milligan also star in the series from co-creators Helms, Michael Schur and Sierra Teller Ornelas. 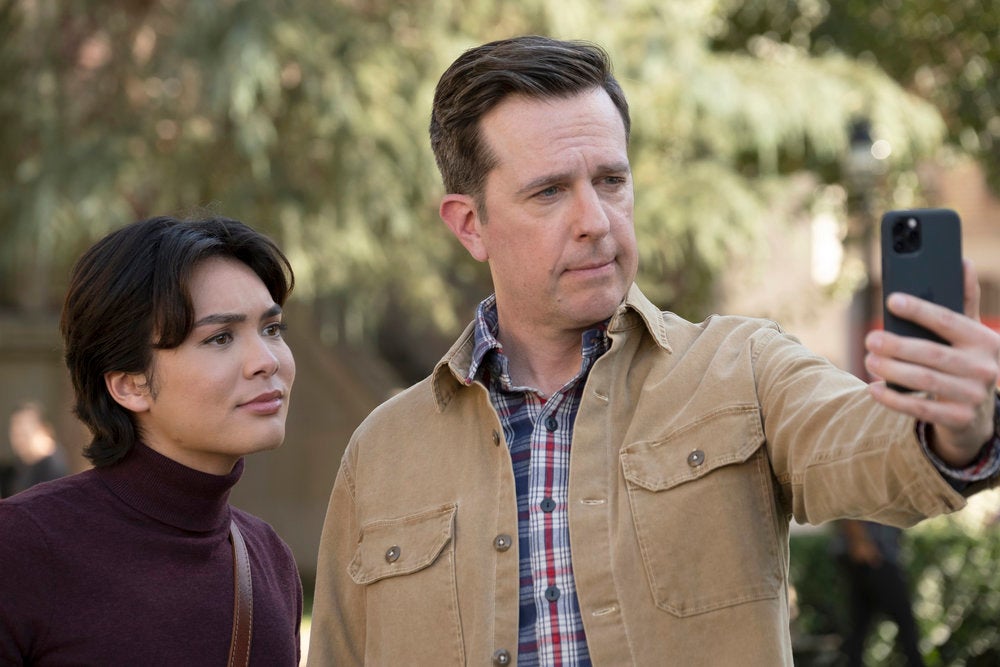 From April 5, Peacock Premium subscribers will have access to the WWE Network’s extensive catalogue, which includes all past WWE, WCW, and ECW pay-per-view events, every episode of Raw and Smackdown, and upcoming live events such as Wrestlemania and Summerslam, and much more. Peacock is offering their premium membership 50% off for a limited time, so you can snag an account just in time to watch Wrestlemania 37 Live on April 10 and 11, and see WWE Superstars like Roman Reigns, Sasha Banks, and even 2021 Grammy winner Bad Bunny take to the ring.

Season 3 of the Stephen King drama begins streaming March on Peacock. The series follows a retired detective sets out on a dangerous and potentially felonious crusade when a serial killer begins tormenting him through a series of letters and emails. The new season follows the Hodges of the death of a local author. While the dreaded Mr. Mercedes is gone, his presence looms large. 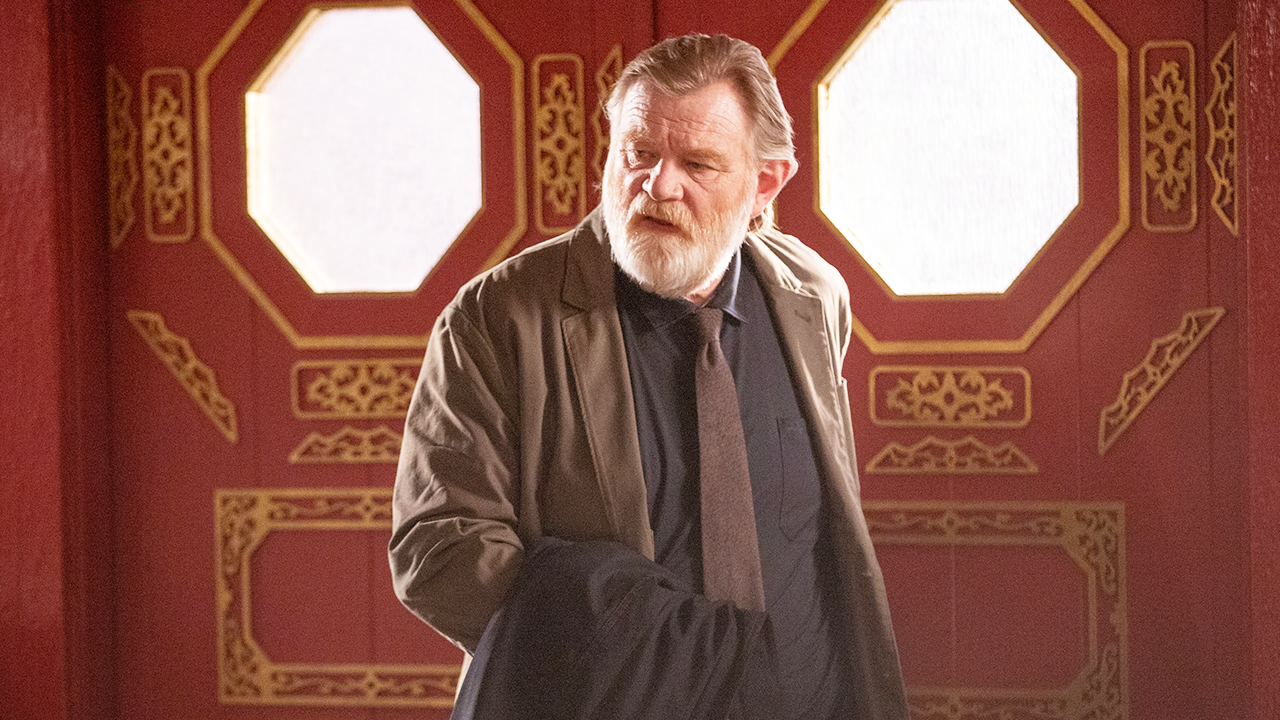 In the follow-up series, grown-up Punky Brewster (Soleil Moon Frye) is now a single mother of three trying to get her life back on track when she meets a young girl who reminds her a lot of her younger self. Cherie Johnson also returns as Punky’s best friend Cheri, with Quinn Copeland, Noah Cottrell, Oliver De Los Santos, Lauren Lindsey Donzis and Freddie Prinze Jr. 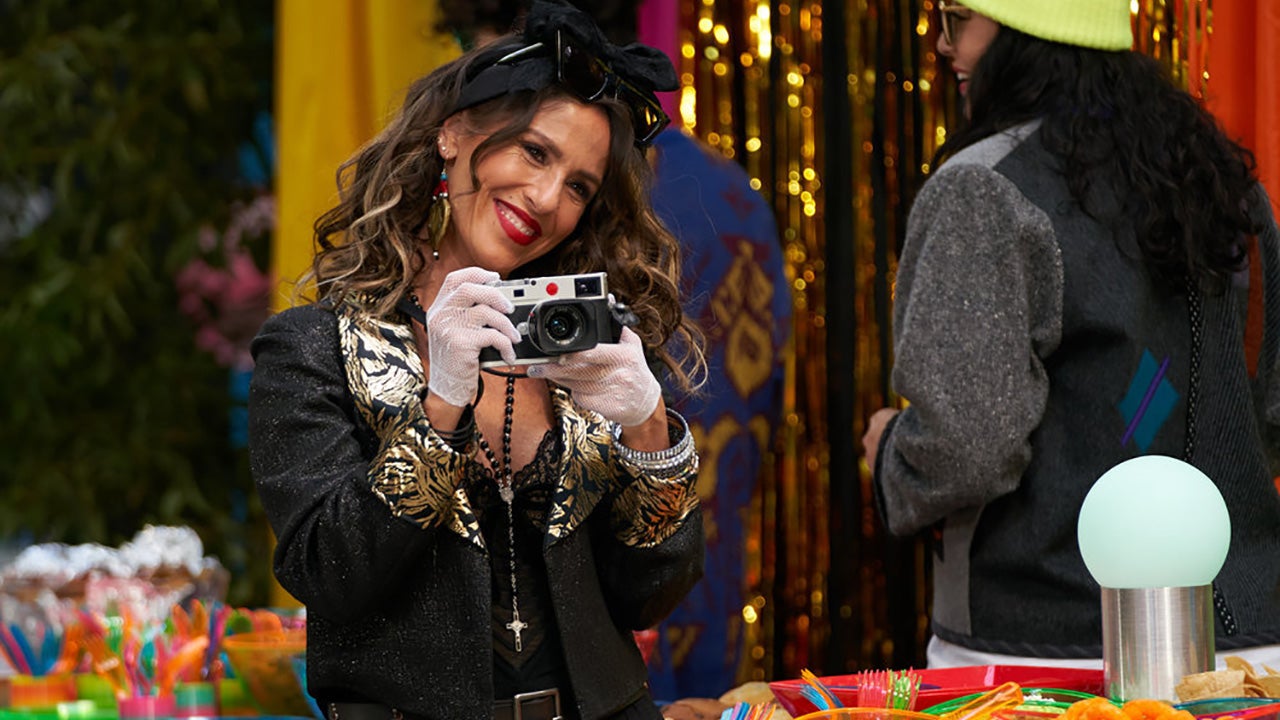 Saved by the Bell

When California governor Zack Morris (Mark-Paul Gosselaar) gets into hot water for closing too many underfunded high schools, he proposes they send the affected students to the most well-funded schools in the state — including Bayside High. The influx of new students gives the privileged Bayside kids (who never have a problem that can’t be solved in 22 minutes) a much-needed dose of reality. Original stars Elizabeth Berkley Lauren and Mario Lopez return to the series, alongside new cast members John Michael Higgins, Belmont Cameli, Dexter Darden, Mitchell Hoog, Alycia Pascual-Peña, Josie Totah and Haskiri Velazquez. Lark Voorhies reprises her role as Lisa Turtle in a special cameo. 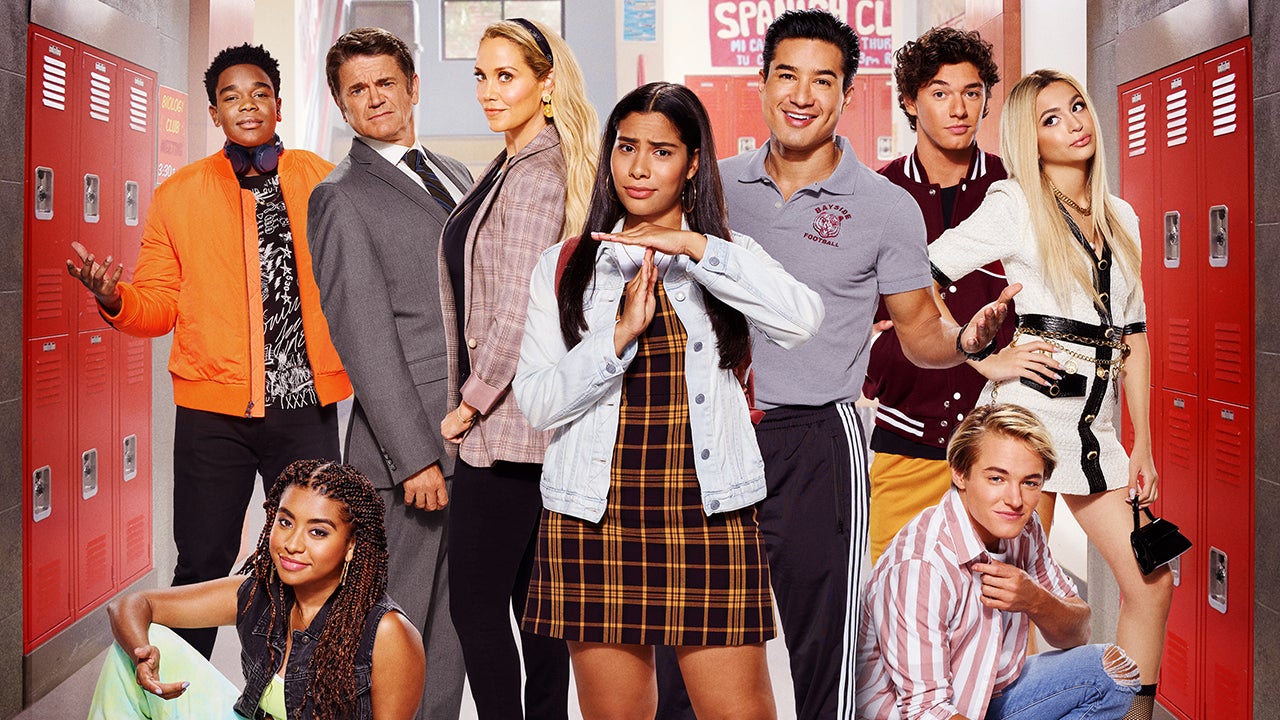 Watch every episode of The Office — yes, all 201! There will be never-before-seen footage and deleted scenes in extended cuts of the original episodes, beginning with Season 3 and more coming in March. Other special features you’ll find are playlists to chronicle pranks, best office romances and office words. 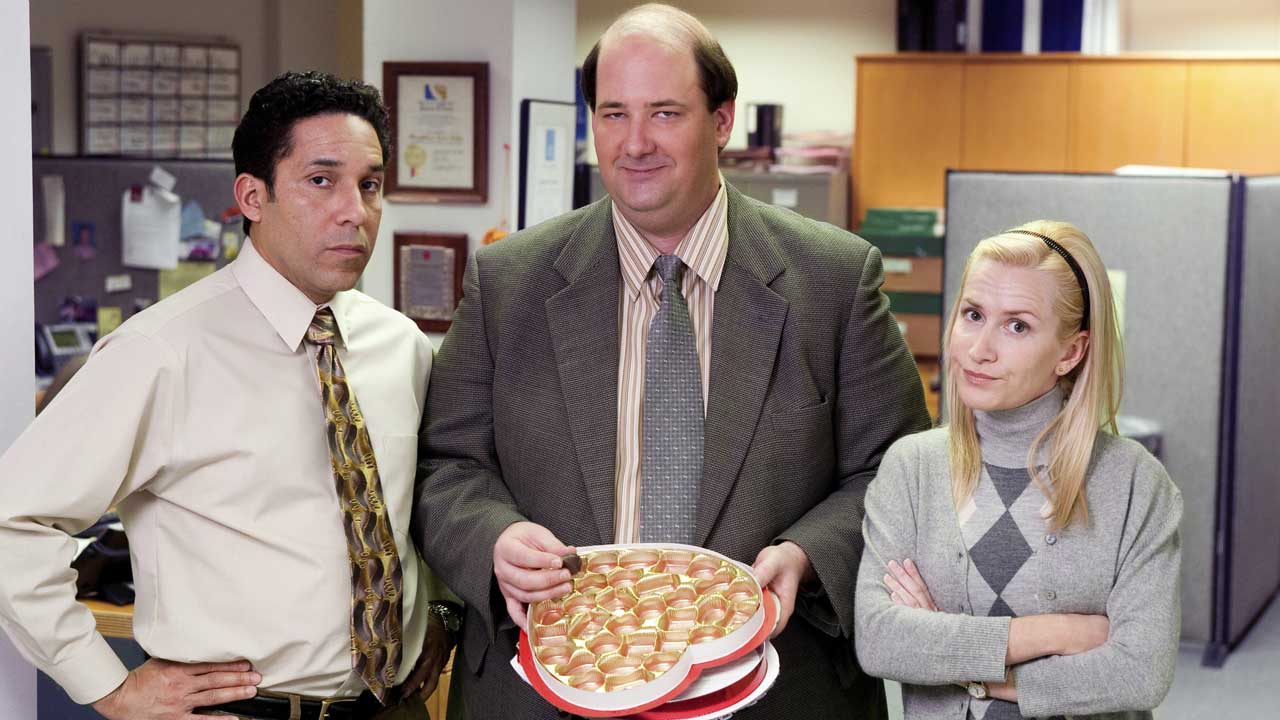 Amber Ruffin showcases her signature smart-and-silly take on the news of the week, responding to it all with a charming mix of seriousness, nonsense and evening gowns. 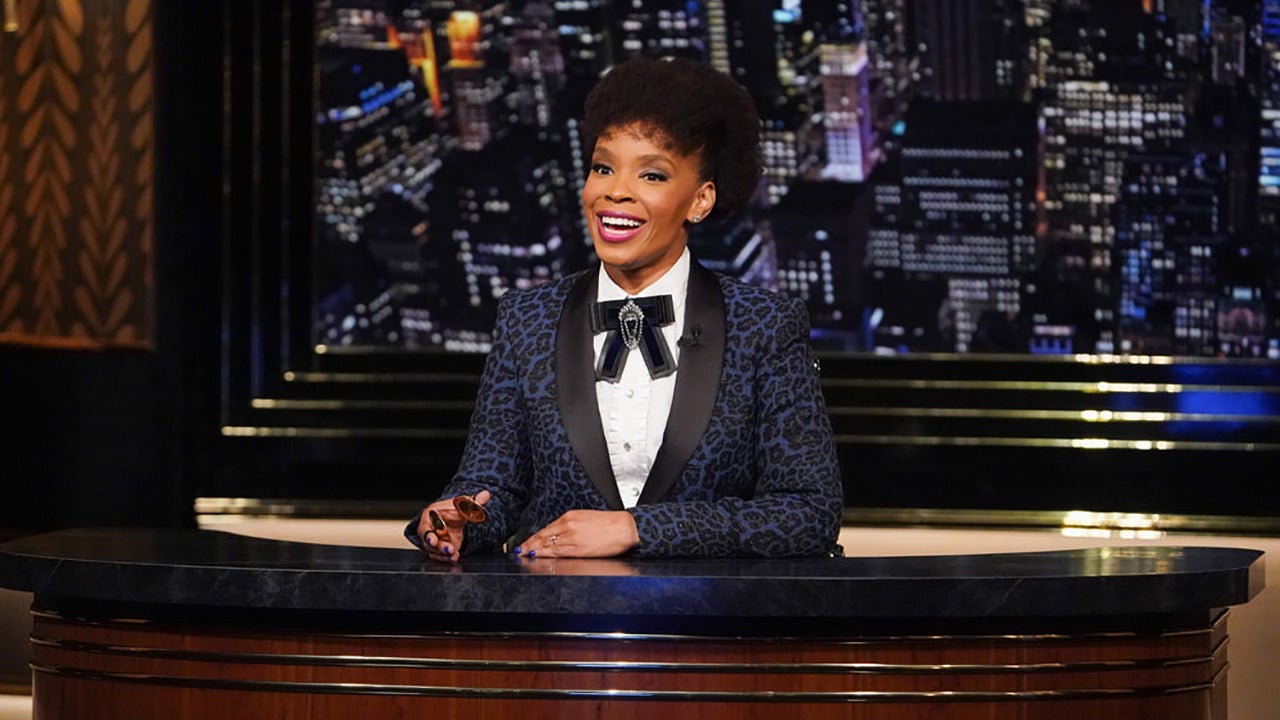 Based on Aldous Huxley’s dystopian novel, the star-studded series brings to life a utopian society that has achieved peace and stability. But all that is disrupted when Bernard Marx (Harry Lloyd) and Lenina Crowne (Jessica Brown Findlay) vacation in the Savage Lands and encounter John the Savage (Alden Ehrenreich), who escapes with them back to New London. 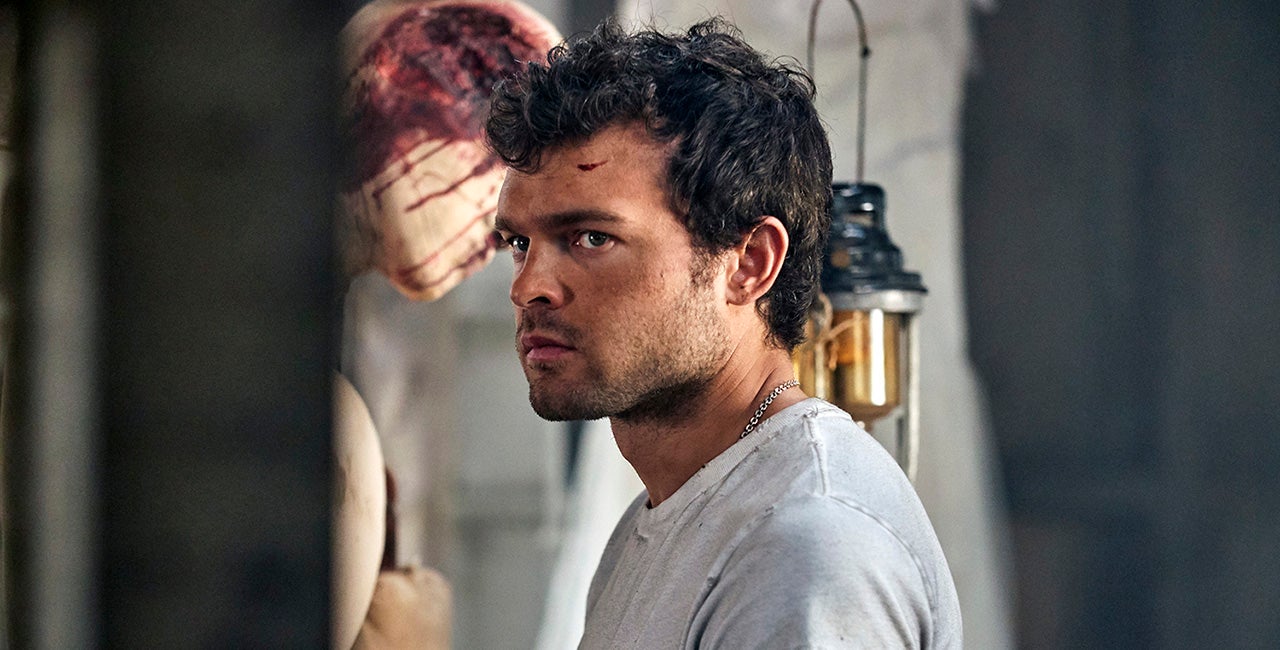 Shawn (James Roday Rodriguez) and Gus (Dule Hill) are back! The second Psych movie kicks off when Lassiter (Timothy Omundson) is ambushed by a mysterious culprit in a sting operation gone wrong and left for dead. Shawn and Gus return to their old stomping grounds in Santa Barbara to be by Lassie’s side as he recovers from a stroke. The duo, in all their tomfoolery, find themselves secretly untangling a twisted case without the benefit of the police, their significant others or the perks of living in the Bay Area. But, as they soon discover, what they uncover will change the course of their relationship forever.

“From the very beginning, we all clicked so fast and we were having such a good time and work was so fun,” series star Maggie Lawson told ET of the success of the franchise. “The one thing we all hoped for and prayed for was that that transferred and that people could feel that and see that when we were working together. I think that is hopefully what has happened. Plus, we love and really appreciate the Psych-Os so much. They’re like a part of the team. They’re the reason we’re making these movies.” 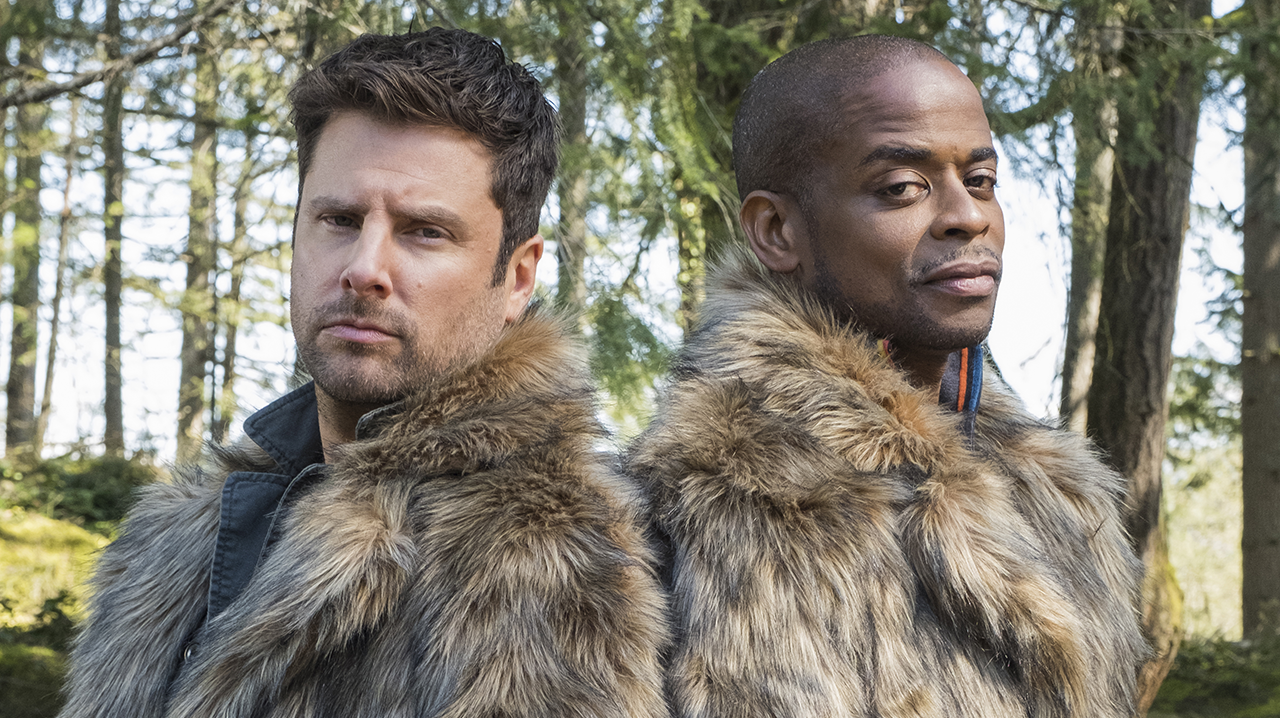 The new adaptation stars newcomer Elyfer Torres as Beatriz “Betty” Aurora Rincón Lozano, an intelligent, Mexican American woman who graduated with honors as an economist with a master in finance. In search of her dream job, Betty encounters many months of rejection. However, her bright and positive attitude lands her a job as a personal assistant to Armando Mendoza (Erick Elías), the president of fashion agency, V&M Fashion. 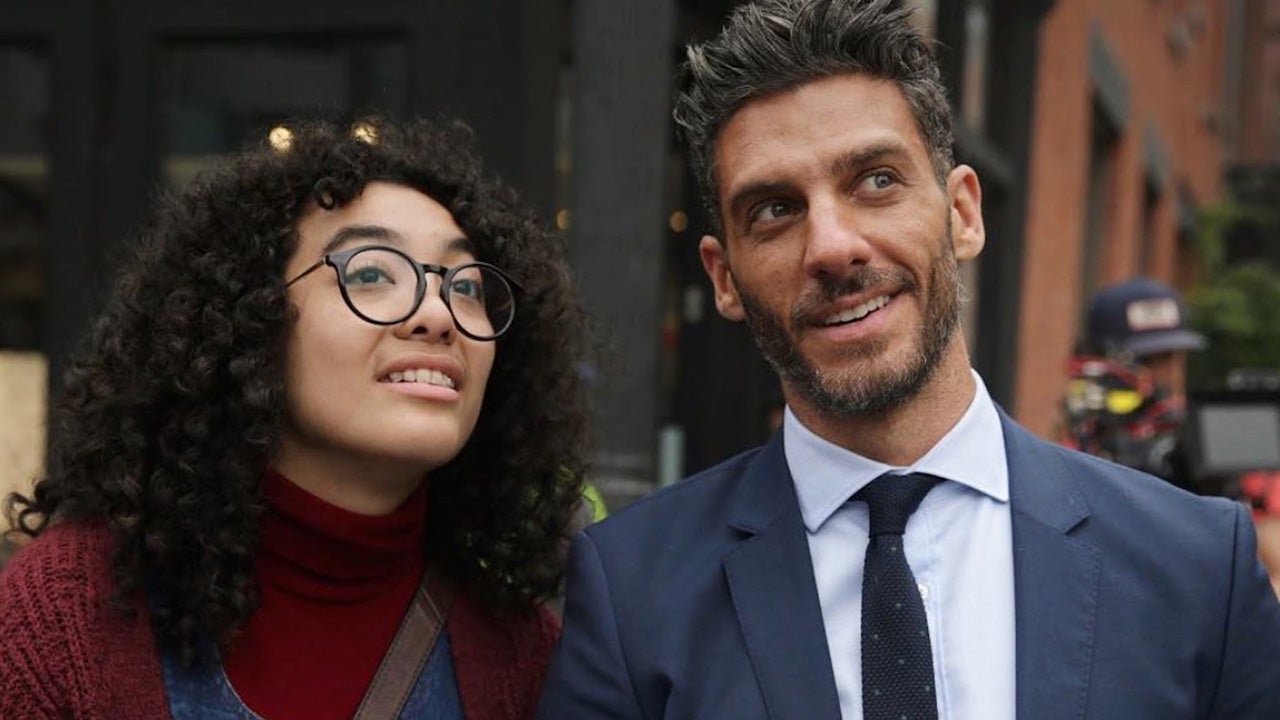 The workplace comedy starring David Schwimmer is set in the U.K.’s Government Communications Headquarters, which is described as “a kind of weedier, geekier, more bureaucratic version of MI5 and MI6, where they tackle international and domestic Cyber Crime from a desktop.”

“I thought the idea was hugely original. Setting this workplace comedy against the backdrop of high-stakes national security, cybercrime and cyberterrorism,” Schwimmer told ET. “But mostly to play this guy who is emblematic of so much that I feel is wrong with people in power today. This arrogant, pompous, narcissistic, ignorant American, ultra-patriotic [guy] — mostly ’cause he’s never been out of the country and doesn’t speak anything but English… If you’ve seen the show, you know he’s racist, homophobic, sexist, he’s a bull in a china shop and full of self-belief. But what he lacks in intelligence, he makes up for in confidence.” 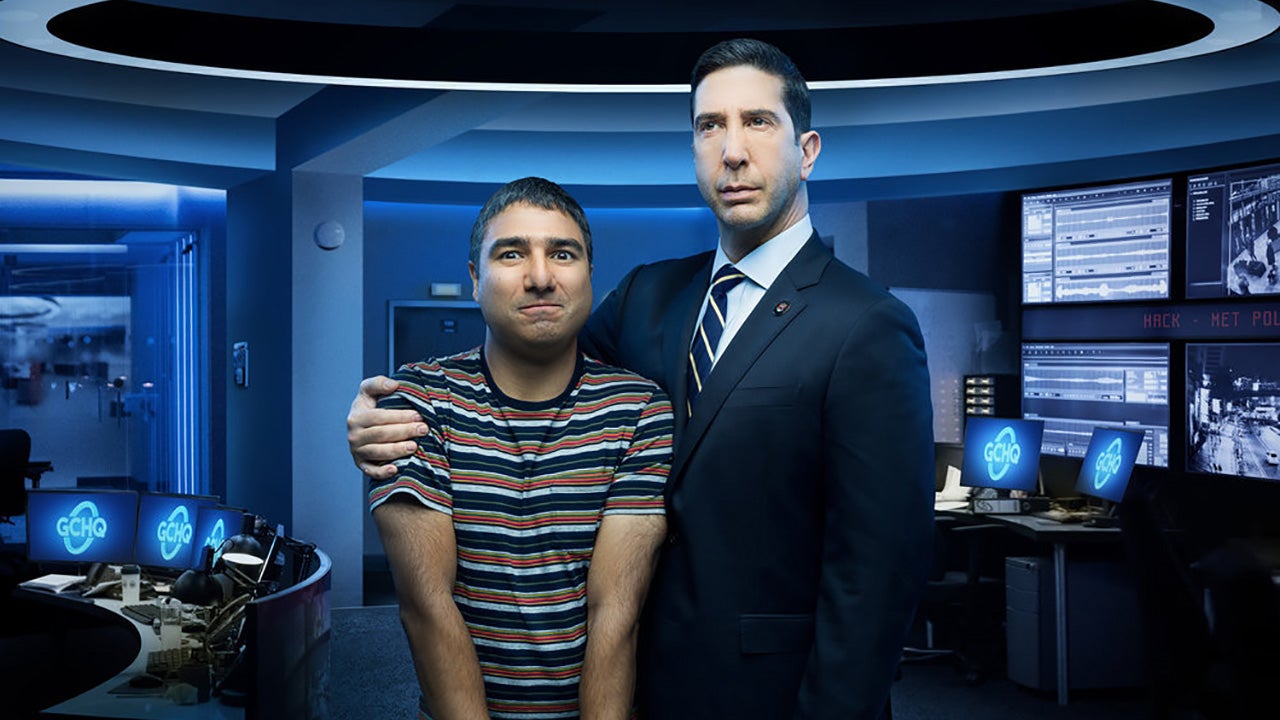