Home » TV and Movies » Whatever Happened To T-Bo From iCarly?

The “iCarly” reboot is set to premiere June 17, 2021 and it’s bringing all the nostalgia for fans who grew up with the Nickelodeon series. Fan-favorites Carly, Freddie, and Spencer are returning to the small screen almost 10 years after ending the series in 2012. “My biggest hope for the revival is that it brings the people who watched the original series a lot of joy,” Miranda Cosgrove, who starred as Carly in the show, told J-14. “The new show is mainly being made with all the original fans in mind.”

“iCarly” ran from 2007 to 2012, meaning most of its core fanbase is much older now and may not relate to a few teenagers running a web-show. With the audience in mind, actor Jerry Trainor (Spencer) revealed to Page Six, the show plans on adding some “sexual situations” to the previous children’s comedy, amping up the maturity levels. “And you know, I say ‘damn it’ in the trailer, which had everyone in a tizzy, but you know we’re grown-ups,” added Trainor.

With a new level of maturity, fans are wondering if the June 2021 reboot of “iCarly” will feature all of the old cast, including some smaller roles that made the show that much funnier — like T-Bo, pictured above.

T-Bo's time in the spotlight didn't end after iCarly 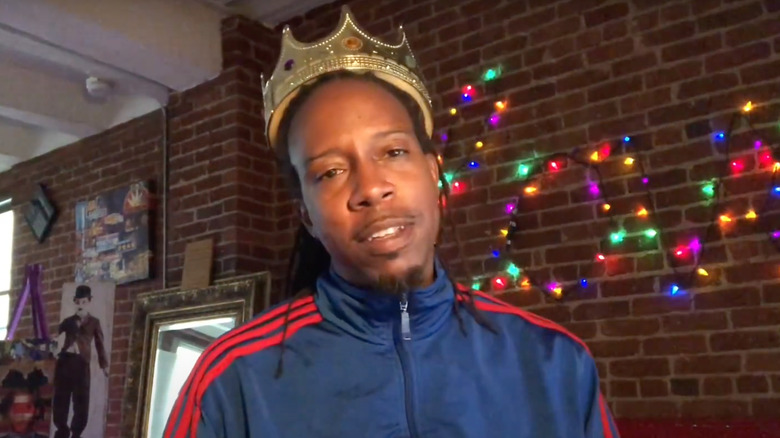 One character sadly not returning in the reboot of “iCarly” is Jennette McCurdy’s Sam Puckett, aka Carly’s best-friend. The actor confirmed she quit acting, and therefore will not join Miranda Cosgrove, Nathan Kress, and the rest of the “iCarly” cast in the reboot. “We touch a lot on the whole relationship with Sam and where Sam’s at in the pilot episode, and then we mention her a little bit throughout the season, so we’ll definitely explain that on the show,” Cosgrove said to Entertainment Weekly about the departure.

Another character coming to fans’ minds is T-Bo, the Jamaican employee of Groovy Smoothie. T-Bo brought lots of laughs to “iCarly,” particularly with his obsession with selling the oddest foods on a stick, according to an “iCarly” fan site. Everything from yams to pickles to donuts wound up on those wooden rods. So where is T-Bo now?

Well, actor and comedian Boogie, who played T-Bo, is seemingly running his own podcast called “Storytime with Boogie.” According to J-14, the actor began a YouTube channel and previously ran a podcast titled “The Hollywood University Stereo Podcast” after leaving “iCarly.” The outlet also reports Boogie also opened his own night club in Hollywood. Whether or not Boogie will reprise his role as T-Bo is a question fans will have to find out by tuning in to the reboot.