Ree Drummond is one of the most successful television and lifestyle personalities today. The Pioneer Woman is a writer, business owner, and Food Network fan favorite with an estimated net worth of $50 million, per Celebrity Net Worth. Drummond’s fame — and massive wealth — was spawned following the success of her “The Pioneer Woman” blog, which she started in 2006. She then published a series of bestselling cookbooks, children’s books, and a memoir about her love story with husband Ladd Drummond and in 2011, Ree secured her own Food Network show set on her family’s 400,000 acre working ranch in Oklahoma, per IMDb.

Ree also has a line of home goods and kitchen gear labeled with her nickname, and more recently she opened a hotel, called The Boarding House, and a mercantile lovingly nicknamed “The Merc,” in her Pawhuska, Oklahoma hometown. The family business features a restaurant, bakery, and general store and gets an average of 6,000 visitors per day — and sometimes as many as 15,000 guests, according to Country Living. Considering Pawhuska has a population of just under 3,500 residents, Ree’s fame certainly seems to have made her small town a serious tourist attraction. But what was Ree’s life like before the fame? 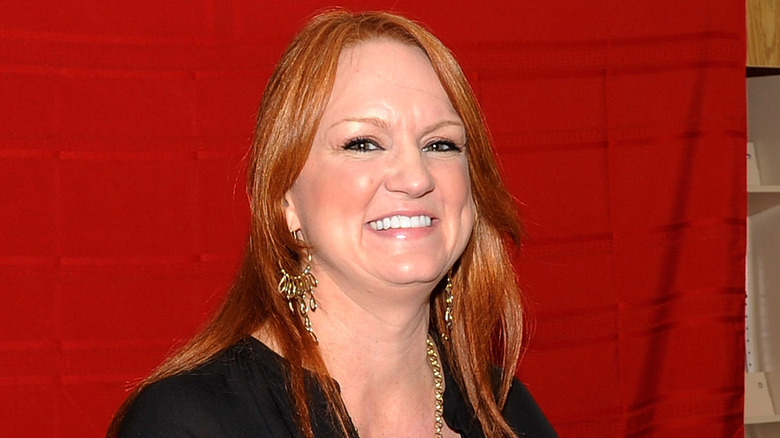 Before she became a rancher’s wife and mother-of-four, Ree Drummond had a completely different life. Born Anne Marie Smith, Drummond told CBS News she grew up in Oklahoma next to a country club golf course, took ballet lessons, and was even a vegetarian before she met her future husband.

In a 2009 profile by the Los Angeles Times, Drummond revealed that she couldn’t wait to leave her hometown. After graduating from Bartlesville High School in 1987, she headed to Los Angeles to attend the University of Southern California. Drummond “couldn’t wait to get” to L.A., where she discovered a love for sushi and Thai cuisine. But it was a trip back home, where she locked eyes with cowboy Ladd Drummond at a local bar, that her life took an unexpected u-turn that put her on track for a permanent life in Oklahoma. The two married in 1996.

In an interview with Design & Living, Ree said she grew up in more of a “cultured upbringing than Pawhuska” and that her college major did nothing for her eventual career. “I went to USC and believe it or not, I majored in gerontology.” she said. “I worked after college in the marketing realm with some great companies like Yeah Local. I knew I had to be geared toward aging Baby Boomers. That was what I was doing, and now here I am: food blogger, cookbook author and my dad’s like, ‘Wait, what was that college education for?'”