Home » TV and Movies » Was 5ft Prince of Soho club legend and stars' pal murdered like his villain dad?

WITH a horse-drawn carriage and a procession through the streets of central London, the famous mourners had waved goodbye to “Prince Of Soho” ­Bernie Katz. 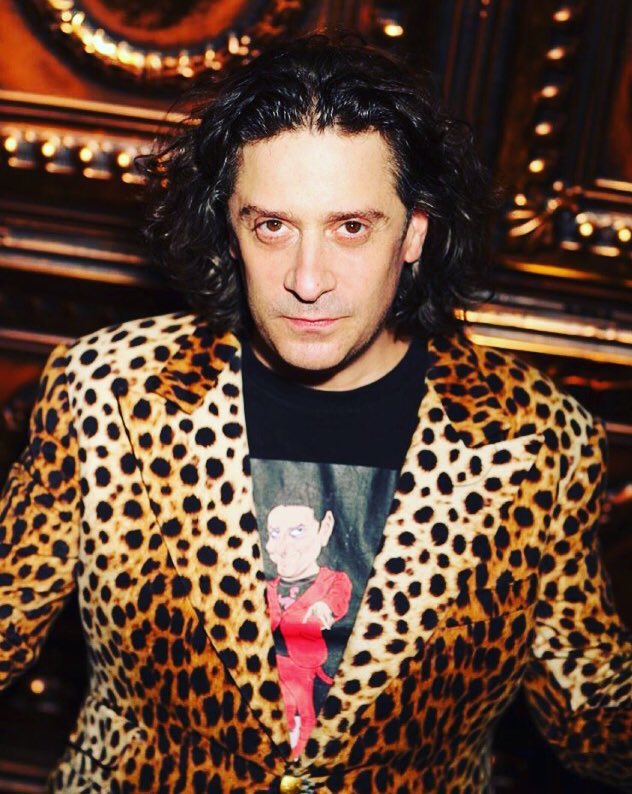 Jude Law even gave the eulogy for the 49-year-old at Golders Green ­crematorium.

Now, four years on, podcast Who Killed The Prince Of Soho? raises questions about Bernie’s sudden death — just months after he mysteriously parted ways with the private members club on London’s Dean Street.

Although the coroner recorded an open verdict, the report has never been released and police have not ­investigated.

He said: “If the rumors are true and ­Bernie had got on the wrong side of an Albanian gang, the chances are he would have been made to feel extremely uncomfortable.

“There were rumors flying around that the Albanians had threatened to make an appearance at the Groucho and start smashing the place up.”

For almost 30 years, Bernie had wined and dined the rich and famous at the Soho club, but was found dead in 2017 in an apparent suicide.

Eccentric Bernie had left school at 11 to work for his dad — a notorious South London gangster known as Brian “Little Legs” Clifford.

His father — described by gangster “Mad” Frankie Fraser as a “mover, a buyer of gear” — ran nightclubs in London’s East End. 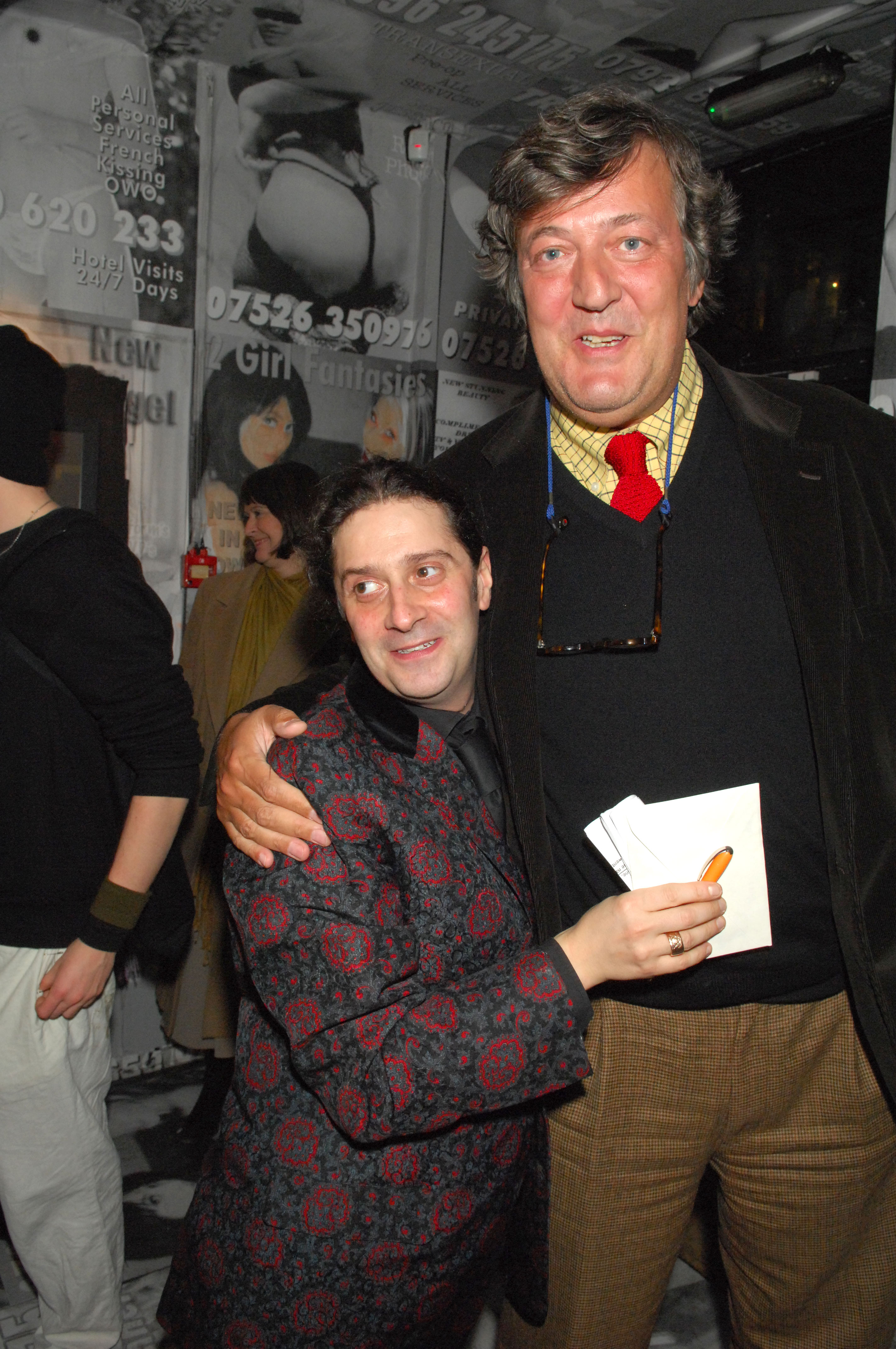 While influencing his son’s love of nightlife, Brian never approved of Bernie’s sexuality and flamboyant ways.

But in 1985, when Bernie was just 15, he heard gunshots as his dad was assassinated at their Gypsy Hill home.

With his typically black humour, he wrote in his 2008 memoir, Soho Society: “When I went to investigate, I discovered that thanks to the bullet through his head, my dad’s brains were splattered across the four walls of his bedroom.

“Never one to miss an opportunity, I sashayed over to his wardrobe and ­navigated my way across the sea of footwear to his black Pierre Cardin alligator-skin shoes I’d secretly always had my eye on.

“Thank God they were in the wardrobe. You see — something good always comes out of tragedy.”

Bernie started working as a barman at The Groucho Club five years later — eventually working his way up to become the public face of the club.

There were rumors flying around that the Albanians had threatened to make an appearance at the Groucho and start smashing the place up.

While only 5ft, his presence was unmissable at the celebrity haunt in the Nineties and Noughties.

Celebs happily recount the time Bernie went on a late-night tour of Soho’s rooftops with Splash actress Daryl Hannah, while Cape Fear’s Jessica Lange taught him how to smoke a cigar.

Comedian and founding club member Helen Lederer said Bernie gave as good as he got with the high-profile clientele.

She said: “He was very flamboyant. He wasn’t frightened of being loud.

“It’s like he needed to be that show-off child at the party that just jumped in and played and everyone looked at him.

"He wasn’t frightened of looking a fool. He went out for it.”

His reputation earned him the moniker the Prince Of Soho, coined by Stephen Fry.

He told Bernie in a 2014 interview: “You have an extraordinary ability — even though you are only 2ft tall — to throw out undesirables who are drunk and unpleasant. You’re utterly courageous.”

He was hosting when former US President Bill Clinton played the sax at the Groucho while U2’s Bono tinkled at the piano. 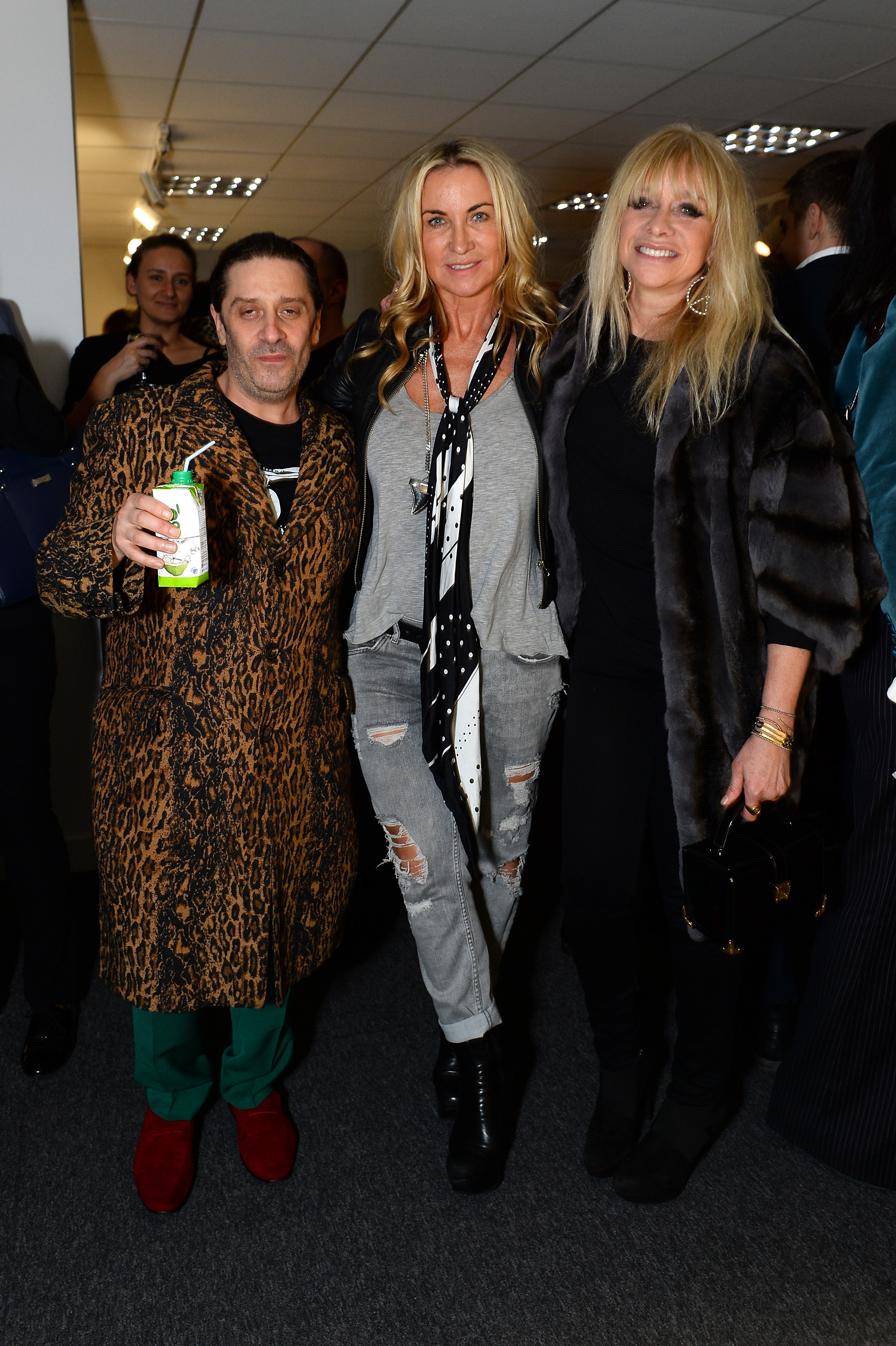 But come 2am, he would toss out even the most famous of A-listers.

Presenter Pete Donaldson said Bernie would hurry unwanted party-goers out of the door while uttering: “Nothing good ever came from more than two lines of coke.”

He added: “This is the man who kicked out Madonna from the Groucho for being a prick. If you look up chutzpah in the dictionary, you just see Bernie Katz.”

Damien Hirst — who famously put his £20,000 Turner Prize cheque behind the bar of the Groucho — was said to have given Bernie works of art worth thousands a pounds.

But bad behaviour wasn’t just limited to the superstar members.

This is the man who kicked out Madonna from the Groucho for being a prick. If you look up chutzpah in the dictionary, you just see Bernie Katz.

The cocaine-fuelled upstairs room at the Groucho was known as the Peruvian Procurement Department — and Bernie loved spending time up there, according to podcast host and friend Mark.

The manager was once interrupted trying to perform a sex act on a sleeping rock star.

In 2017, he abruptly left his job at the Groucho, leading some members to believe he was forced out.

“There were certain people who couldn’t manage him, but the owner wanted him to stay.

“He wasn’t happy there and it was time to get out and try to do something new.”

But rumours persisted around what had actually happened to cause Bernie to leave so suddenly.

Comic Helen said: “I was talking to people who were in contact with him after he either left the Groucho or was asked to leave. 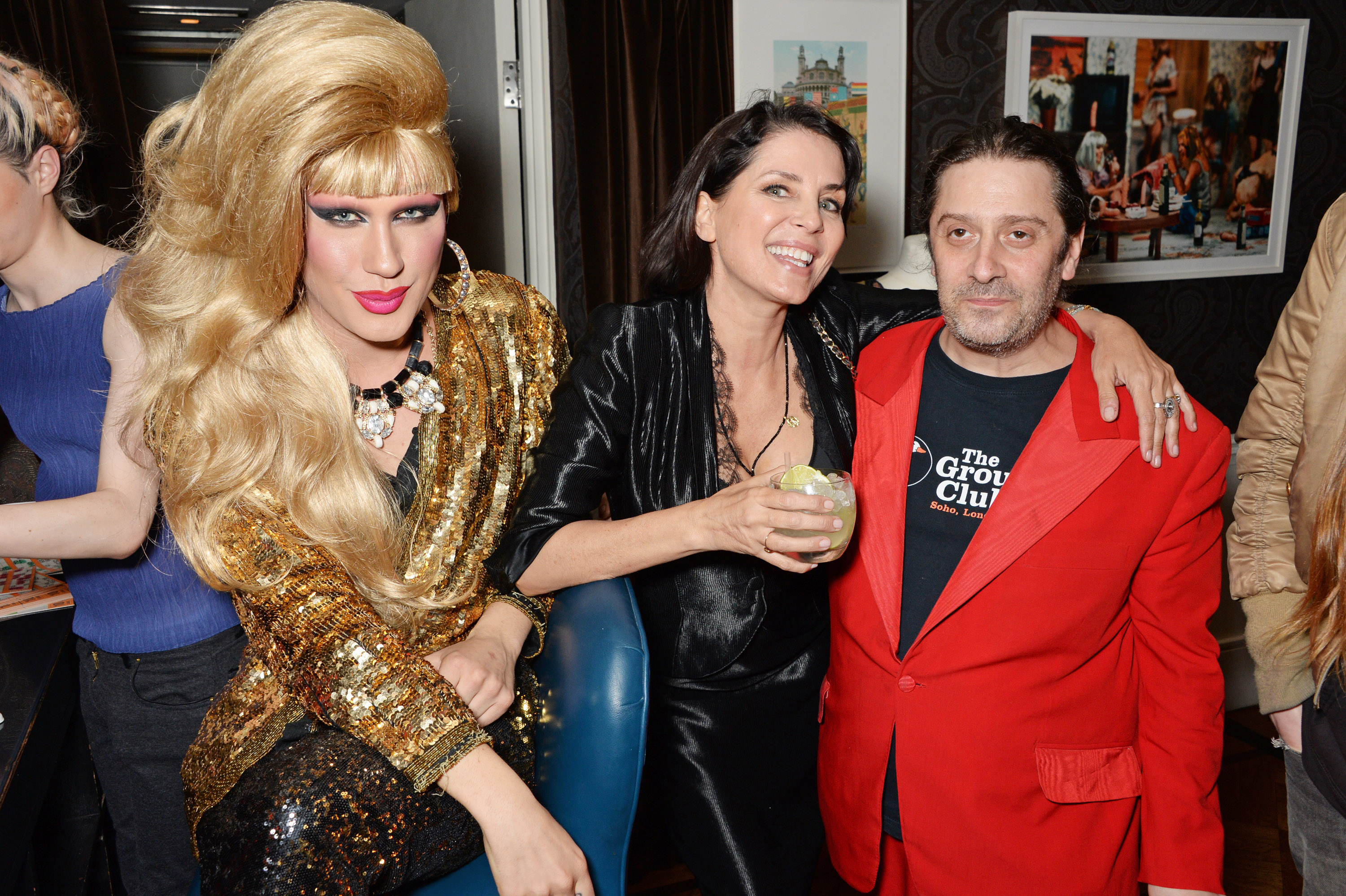 “I knew that the rumours . . . there were people after him for money.”

In the months that followed, friends believed Bernie was on the up and seemingly leaving drugs and alcohol behind.

Journalist and Groucho member Kate Spicer said: “He had been quite clean-living for a man who definitely knew how to not be clean-living.

"I think he’d had his own struggles with addiction. And let’s be honest, he was surrounded by a lot of friends who may have been successful, but were also addicts.”

Others told how Bernie had fallen into financial difficulties while trying to support his mother and autistic nephew on no income.

He had allegedly taken out small loans from friends to try to keep afloat while pawning his six-figure artworks from Hirst. 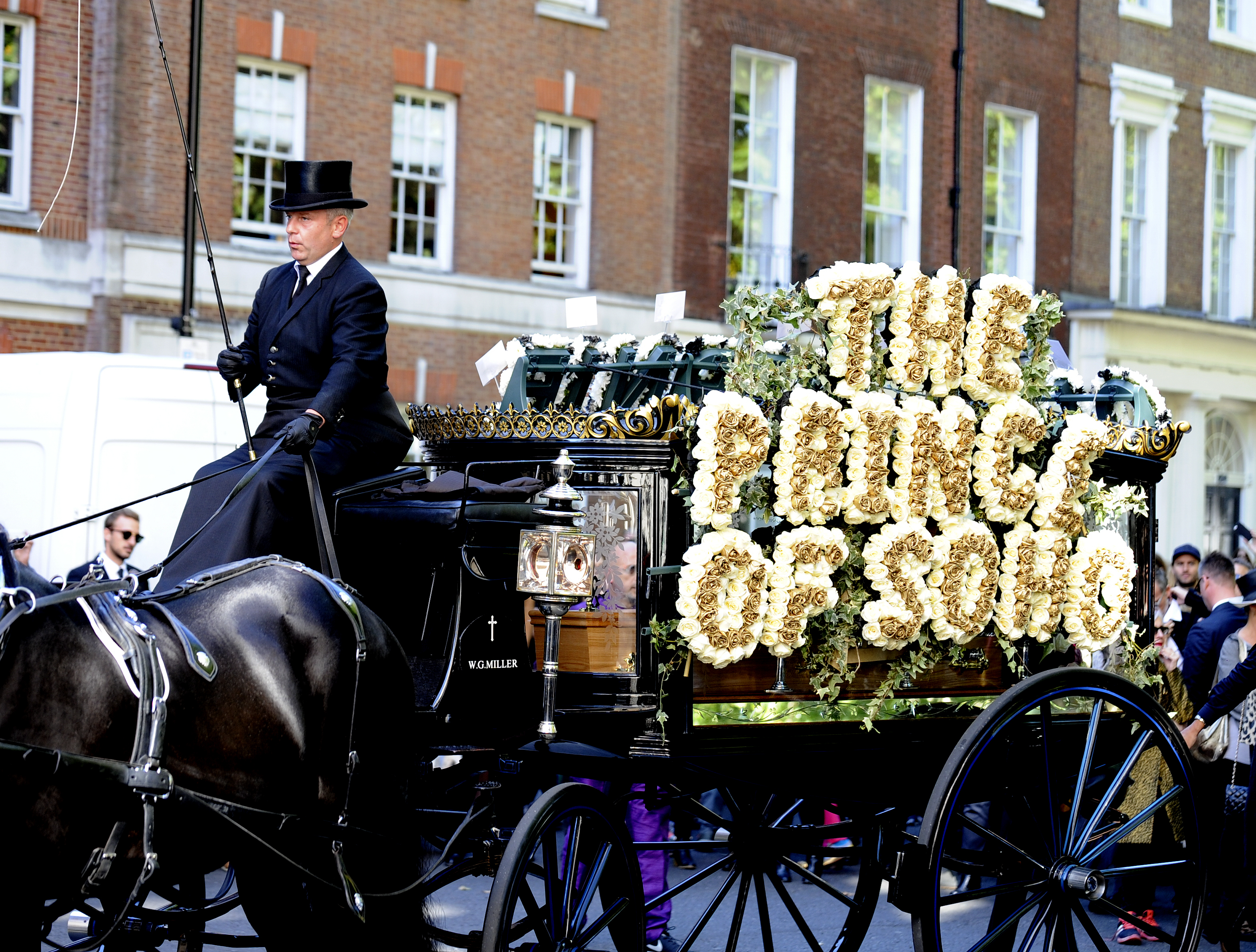 TV host Richard Bacon said: “It’s sad that he pawned it off.

“Bernie was in some debt, wasn’t he, at the end of his life, so he may have needed to sell it.”

According to friends, Bernie had racked up a £9,000 debt with some shady underworld characters.

Kate added: “That debt was related to buying cocaine. There were rumours it was an Eastern European gang — that was what was being spoken about a lot, sometimes in a very cavalier way.

Not long after he died, that was being dropped into gossipy conversation. It felt sad and dirty to me because Bernie had been good to these people.”

Damon Bryant claimed that a group of Bernie’s superstar clientele banded together to help with his finances.

There is no suggestion Bernie’s friends knew who the money was owed to or that it may have been related to drugs. 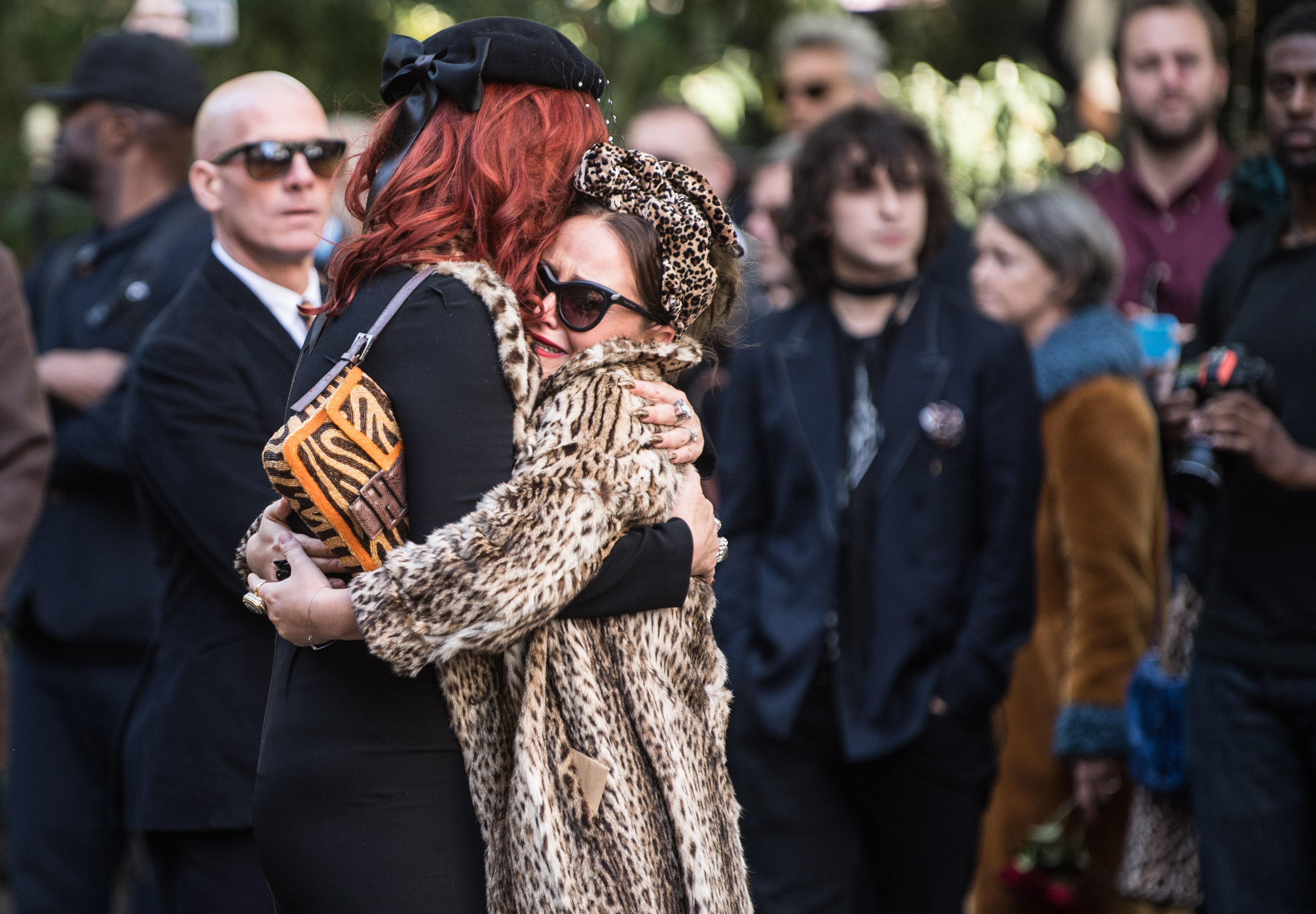 Damon said: “We managed to get that debt paid. Me and a bunch of us all collected for him — and myself, Jude Law, Sean Pertwee, Brad Adams, who was a dear friend of his, and Paul Rowe, a great friend of mine, all put money in.

“A whole load of us put money in just to clear that debt.”

Then in August 2017, Bernie’s landlord entered his modest Kentish Town flat to find him hanged.

Damon, who believes Bernie took his own life, with no foul play involved, was one of the first people to arrive at the scene.

He said: “Bernie had cleaned the flat the best it had ever been cleaned, got flowers in every vase.

“He was as sober as a judge. There were no drugs. He knew exactly what he was doing.”

But with the funeral looming, rumours of foul play spread.

She recalled: “I said to him, ‘What happened?’ and he said, ‘We are not talking about it’.

“Yes, there had been the rumours. We had all heard.

“What did I hear specifically? That he was murdered and that they made it look like a hanging, which I don’t actually want to think about.

“I don’t suppose we’ll ever know the truth.”

But Bernie’s party-going legacy lives on in the club he once called home, with the Groucho naming one of its restaurants after him.

One unnamed wag was quoted in his obituary in the Times: “I’ve had some of the most memorable nights of my life thanks to Bernie. Pity I can’t remember them.”