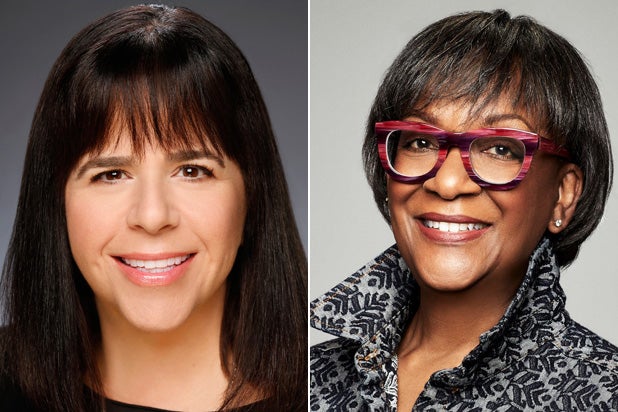 Lisa Gregorian, president and chief marketing officer at Warner Bros. Television Group, will step down from her position at the end of the year, the studio announced Monday.

No replacement has been named, but Karen Miller, who currently serves as executive vice president, creative services, will absorb some of Gregorian’s duties, including leading marketing operations and creative services for the group. She will report to Channing Dungey when she takes her position as chairman starting next year.

“Lisa shared that she feels this is the right time for her to leave Warner Bros., her professional home for more than 30 years,” Ann Sarnoff, chair and CEO, WarnerMedia Studios and Networks Group, said in a statement. “She’s had an incredible career here and has been responsible for some of the industry’s most creative, most innovative marketing activations – from Warner Bros.’ legendary LA Screenings to the most talked-about Comic-Con events to Friends 25th Anniversary to this summer’s DC FanDome, where she co-led the team that created and executed this virtual fan event drawing more than 22 million visitors. I thank her for her dedication and contributions to the company and wish her the very best in what I know will be an exciting next chapter.”

Gregorian’s decision to leave the company after a 34-year tenure follows news of Peter Roth’s impending exit as studio chief, which will also take effect next year.

“My three decades at Warner Bros. working with extraordinarily talented colleagues, storytellers, talent and clients from around the globe and with a kick-ass marketing team have been amazing and a dream come true,” Gregorian said. “I’m so grateful to Peter Roth, Jeffrey Schlesinger and Ann Sarnoff for their support and look forward to the future where I am sure I will continue to be an uber fan of Warner Bros.’ TV series.”

“Lisa Gregorian is the most creative, hardest working and most successful marketing executive with whom I’ve ever worked,” Peter Roth, Chairman of the Warner Bros. Television Group, said. “Her outstanding talent and exquisite leadership are matched only by her passion for what she does. She is a world class executive and will be sorely missed.”

“For two decades, Karen has been the creative executive behind some of the most dynamic, innovative and brilliant marketing campaigns,” Gregorian said. “We are all so excited about the leadership role she will now play for our TV Marketing Group, continuing with her legacy of eye-catching, award-winning work.”