Wandavision has left fans on the edge of their seats since it has been airing on Disney Plus. The series, which hails from the Marvel Universe, focused on the fantasies of Wanda Maximoff (played by Elizabeth Olsen) and her husband Vision (Paul Bettany). The show has been full of exciting twists and turns, and here is all you need to know about what happened at the end.

What happened in Wandavision episode 9?

Following the big reveal that Agatha Harkness (Kathryn Hahn) was a highly-skilled witch, she and Wanda faced one another in the ultimate battle.

Just as fans believed Wanda had the upper hand, White Vision showed up to throw a spanner in the works.

Wanda managed to block Agatha’s powers long enough to rewrite her as a “normal” Westview resident.

Fans are wondering whether Agatha will be able to escape the trap and return to her original state. 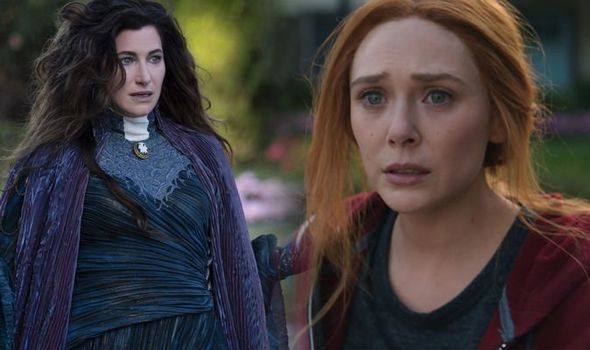 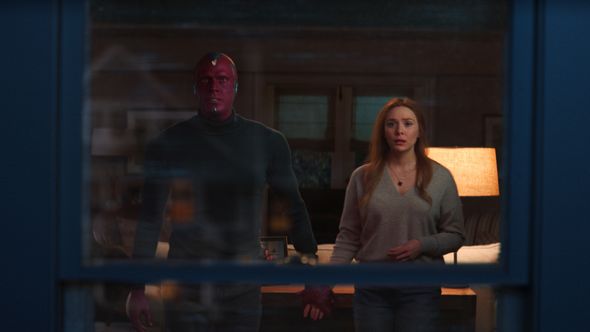 Following the battle, Wanda and Vision realised it was time to leave their fantasy world behind and they agree to head home.

Fans got emotional as they said goodbye to everything they had created, and Vision himself finally disappeared.

He was heard saying “so long, darling”, and many fans shed a tear as they wondered whether he would ever appear again.

Wanda’s house then vanished, leaving Westview the way it was before, and she left to find out more about her powers.

In a post-credit scene, she was seen working on the Darkhold book, so she may discover some new abilities. 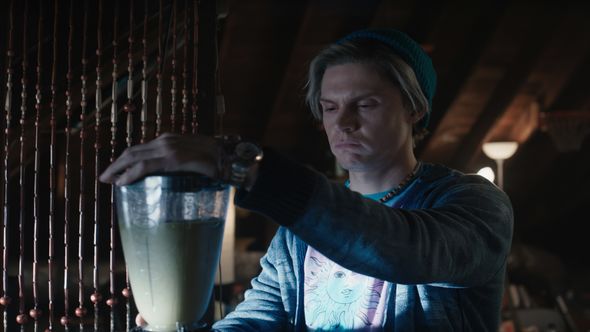 Agnes had mentioned her husband Ralph throughout the series,but he was never seen on-screen.

He had been controlled by Agatha and fans were disappointed to learn he was not the same Peter Maximoff from X-Men.

They had expected some sort of crossover with the films, but the character turned out to be an ordinary resident.

DON’T MISS…
WandaVision season 2 release date: Will there be a series 2? [INSIGHT]
WandaVision post-credit scene: Could Evan Peters actually be Mephisto? [EXPLAINER]
WandaVision theories: What did Agatha do to Billy and Tommy? [THEORY] 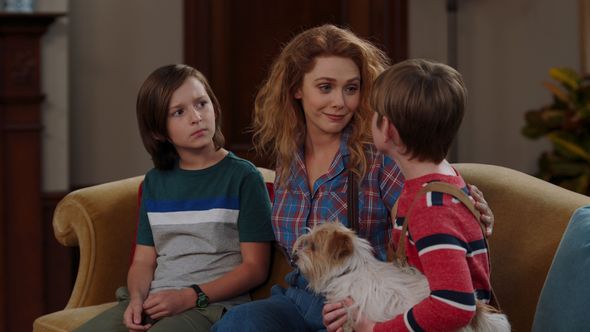 Fans were also hoping to see Doctor Strange (Benedict Cumberbatch) in the final episode as Olsen had teased an appearance with the superhero.

He sadly did not show up, but Wanda will be starring alongside Doctor Strange in the Multiverse of Madness next year.

In terms of a second season, viewers will be hoping to find out more about the Darkhold spell book owned by Agatha.

Wanda came in possession of the book and it appears to be a guide for all things magic, including hexes.

The book appears to be a much-sought-after artefact, so Wanda better keep it safe from the wrong hands.

Actress Olsen is on Instagram and she shared some photos of her character from the final episode, saying: “Thank you Marvel Studios for Wandavision.”

Fans went on to call it the “best series of all time”, with another saying “you nailed the landing”.

Actress Hahn spoke on Late Night with Seth Meyers about her experience on the series, and she said she loved watching it with her children.

She added: “To be able to watch it with them has just been a sweet Friday night ritual that I’m already nostalgic for it to be over, it’s been so sweet.”

Wandavision is available to watch on Disney+