Home » TV and Movies » Vikings plot hole: How did Ragnar not know about the Wessex settlement being destroyed?

Vikings has now reached season six on History and Amazon Prime and during the mid-season break fans have been catching up with the previous seasons.
In the series King Ecbert (played by Linus Roache) is the King of Wessex and Mercia, and has a lot of respect for his new ally Ragnar (Travis Fimmel).
The pair come to an agreement and Ecbert hands over some of his land for the vikings to build a settlement for farming.

The vikings head to England in season three and form a relationship with the King and talking through the conditions of a deal.
He tells the vikings if they help fight for him, he will hand them some land to build a settlement for their people to live and work on.
However, he betrays the vikings as soon as they have left England, as he visits the newly-built settlement and orders for it to be destroyed.
Ragnar is left oblivious to what has happened and does not find out about the disaster until later on in the series. 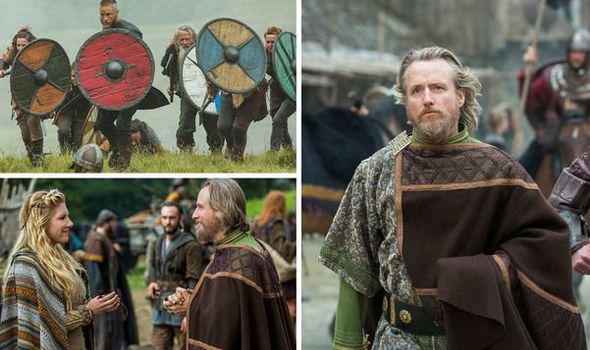 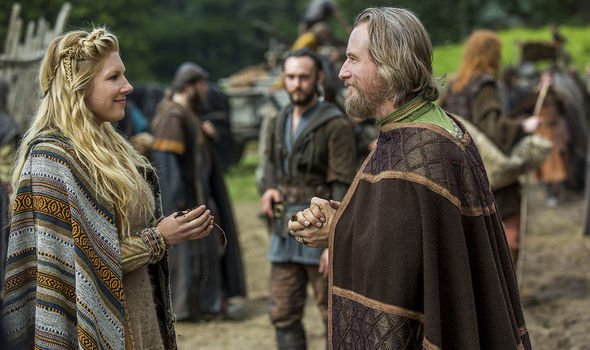 Fans have taken to Reddit to discuss why it took Ragnar and the people of their town of Kattegat so long to hear of the news.
JYN044 said: “How did it take Kattegat ten years to learn about the settlement’s destruction? I know Ragnar killed the last survivor, but ten years is a long time.
“Wouldn’t, eventually, family and friends of the settlers grow concerned at the lack of news and send someone to investigate.
“I know the journey is lengthy,  surely someone could have stopped at Wessex at some point during the raiding season to find out about the settlers.” 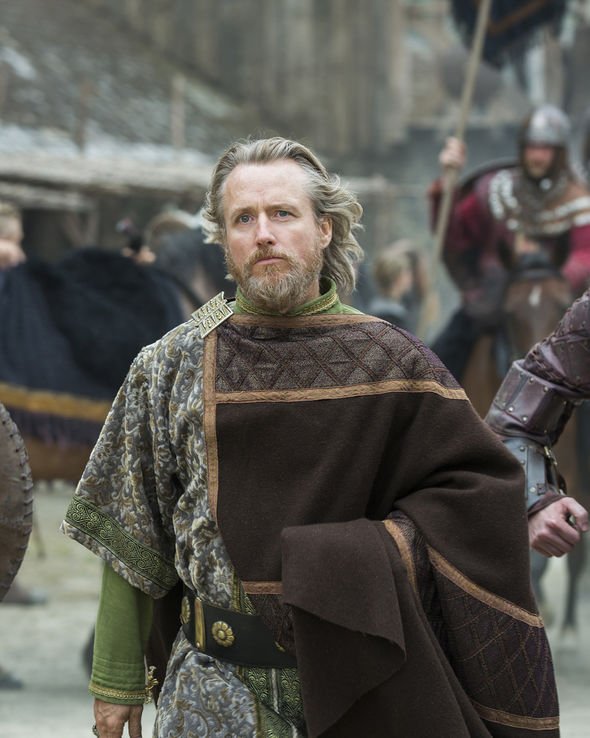 Other fans noticed the inconsistency, and questioned whether it was ever revealed how long the time span had been.
Blackletterdragon said: “How do we know it was ten years? I was a bit surprised Ragnar himself didn’t go to visit them sometimes.
“He just sort of laid an egg in Ecbert’s nest and flew off like a cuckoo. It’s not in keeping with his wishes to see the Danes prosper in a new land.
“He should have left someone important in charge of them, also.” Other fans believe the point is Ragnar was the only one who cared about the settlement and most others forgot about it.
They said as soon as Ragnar had left the settlement Ecbert swooped in.

Blackletterdragon added: “We don’t know how long Ecbert waited to massacre the settlers. You say “as soon as” but what are you using to mark the time?
“TV episodes don’t count. More importantly, we don’t know how long after the massacre Ragnar found out about it, how long that one survivor took to get to him.
“He couldn’t just hop on a shuttle back to Kattegat. I thought they aged Ragnar and Athelstan (George Blagden) up a bit before the event, too, so I always assumed it was a couple of years (time measured by beard growth and hair loss).
“Ragnar could have just put some blokes in a boat and gone over to visit and left an Earl in charge.”
Ghostface 1357 suggested it may have been a couple of months before Ragnar found out about the settlement.

They said: “Around a month or two goes by every episode so that’s my guess.
Also, the boat ride from Wessex to Kattegat is around a week at most so it would never have been a year from when Ragnar left and when he found out about the settlement destruction.
“He probably would’ve visited if it had been years but it can’t have been.”
The massacre of the Danish settlement was planned in secret by Ecbert and his son Aethelwulf (More Dunford) to rid the land of Danish settlement.
Ecbert had felt frustrated as the settlers refused to give up their beliefs of pagan Gods. As a result he ordered his son to raid the settlement and violate the peace treaty with Ragnar.
A viking farmer was the sole survivor of the slaughter. When he was interrogated about the attack, he was strangled.