Home » TV and Movies » Venom: Let There Be Carnage To Tee Off A Blockbuster October At Domestic B.O. Weekend Preview

There’s a great vibe out there about moviegoing right now –believe it– and October is just the beginning. While we had event films during the summer, we’ve got ’em all jammed packed in the next month, kicking off with Sony’s long-awaited Venom: Let There Be Carnage on Friday stateside, followed by MGM/United Artist Releasing’s No Time to Die on Oct. 8, Universal/Blumhouse/Miramax’s Halloween Kills on Oct. 15, and Warner Bros./Legendary’s Dune on Oct. 22. 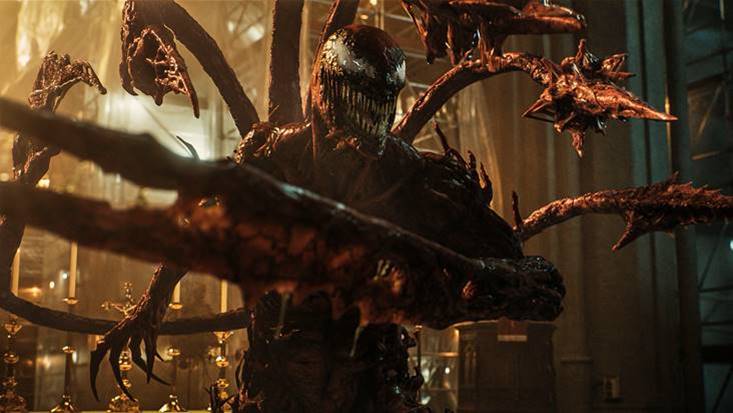 Some have written into me about shortened hours at multiplexes in the last month and empty auditoriums post Shang-Chi‘s huzzah over Labor Day weekend. Hopefully, this assembly line of tentpoles will turn all of that around. Remember, excellent event product makes the box office go-round, not just titles on a marquee.

Sony is conservatively estimating $40M over 3-days at 4,200 locations, including Imax and Premium Large Format, comping to A Quiet Place 2 ($47.5M), however, tracking and leading exhibitors have them in the $60M+ range at the U.S. and Canadian box office. A confidence prevails, as it should. I was at a fan screening of Sony’s Venom: Let There Be Carnage Monday night at the Universal Citywalk Imax. There wasn’t an empty seat in the house and the movie played like gangbusters to great cheers with fans dressed in tow. Unlike the clunkiness of the first 2018 movie, which totally delivered, this sequel heightens the Venom mythology and continues the Spidey villains toward a Sinister Six track which Sony definitely has its eyes upon down the road. Any indication as to how Venom: Let There Be Carnage takes the franchise to another level, is in the opening logos which explicitly read “In Association With Marvel”. That’s all we’re going to say about that. And because of that, whatever Venom 2 opens to, it’s certain to play and play even if it’s losing Imax screens to No Time to Die the following weekend. Fans will be very happy. 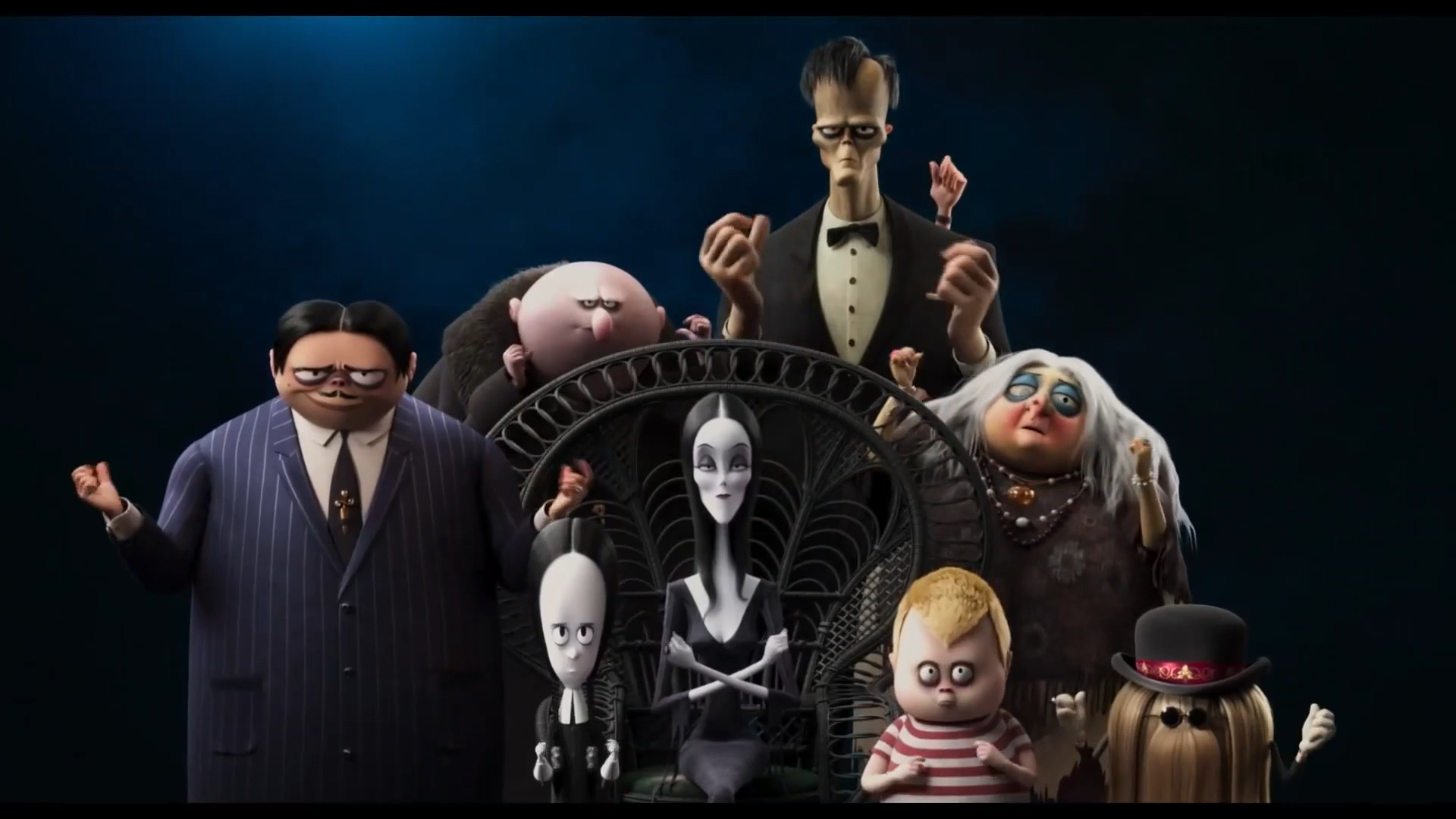 The first Venom bested its 30% Rotten Tomatoes score, a B+ CinemaScore and on-the-set warring buzz between star Tom Hardy and director Ruben Fleischer to post the best domestic opening for October with $80.2M before Joker took over that record a year later for the month with a $96.2M opening. Venom finaled at $213.5M domestic, $856M WW. Sony’s concern stateside lies in how big the actual theatrical marketplace is at this point in time during Covid: There’s only been a few times during the summer when we’ve actually been above or at 2019 weekend levels, and there’s two other wide entries this weekend, however, demo-wise they’re not really a threat, and both available in homes: MGM/UAR/Bron’s Addams Family 2 which is looking at moms and young girls with a hopeful teens 3-day B.O. at 3,700+ locations and a $19.99 48-hour PVOD availability at home, and Warner Bros’ The Sopranos prequel The Many Saints of Newark available on HBO Max and 3,180 theaters, expected to do in the single digits. Look for that movie to really pop on HBO Max given that it’s based on a popular HBO series, duh. Critics generally like the Alan Taylor-directed mob movie at 76% fresh starring James Gandolfini’s son, Michael, as the younger version of the role his dad made famous, Tony Soprano; Ray Liotta as Hollywood Dick Moltisanti, Alessandro Nivola as Dickie Moltisanti, Corey Stoll as Junior Soprano, Billy Magnussen as Paulie Walnuts, to name a few.

There’s also a concern from Sony that the under 12 won’t come out on Venom 2 like the first one given how most are unvaccinated. Frankly, Venom 2 is way too scary for anyone under the age of 10; it’s a hard PG-13 with F bombs. 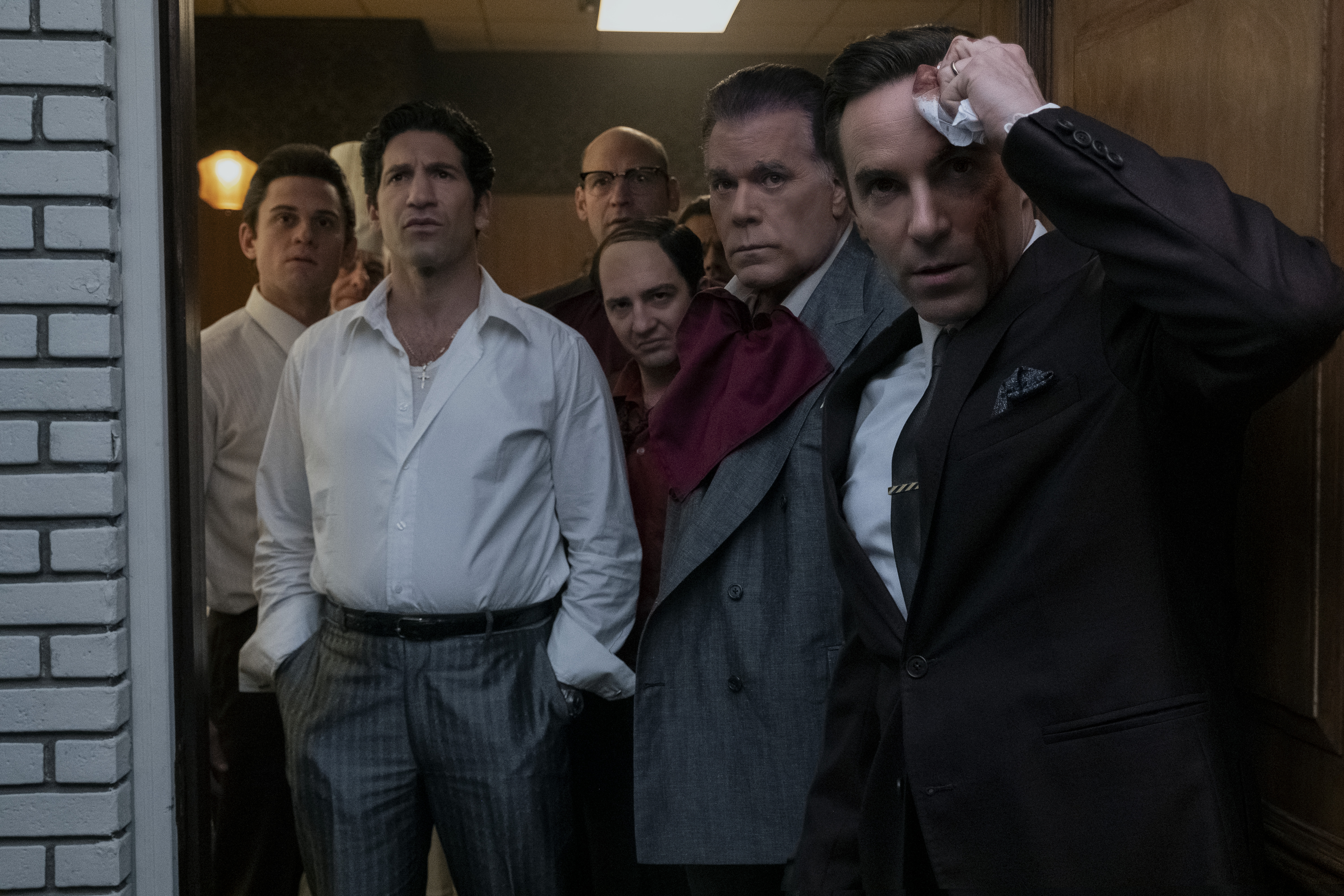 Previews for Addams Family 2 and Venom 2 (@ 3,475 locations) start at 4PM tomorrow while Many Saints of Newark won’t have any previews.

Greg Tiernan and Conrad Vernon return to direct the Addams Family sequel. The 2019 animated version opened to $30.3M domestic, finaled at $100.7M stateside and $203.8M WW. The sequel is on PVOD day and date on account of Sony initially plopping Hotel Transylvania 4 on the first weekend of October here, spurring the first ever major studio animation event film war. After Sony decided to license the fourthquel to Amazon, MGM/UAR kept Addams Family 2 theatrical day and date given the looming variant and providing families an option to watch the sequel safely at home.

Of the major offshore territories that Venom 2 is debuting in this weekend, it’s Russia tomorrow, where it’s primed to best Legendary/Warner Bros.’ Dune with the besting opening of the pandemic besting their $7.8M weekend with $8M. Theater capacity in Russia varies by region; in Moscow cinemas are capped at 50%. Dune is heading into its third weekend in Russia, and No Time to Die hasn’t arrived there yet. As we reported yesterday, it’s about about Bond this weekend offshore with a $90M+ start.

Russia was the second best overall offshore market on Venom at $32.6M after China’s $269.1M. The bigger chunk of the sequel’s overseas rollouts start on Oct. 13 with Korea, Japan, Spain, Italy among the notable markets. France, Germany, Netherlands won’t happen until Oct. 20 and 21 with Australia in November. Like most movies now, studios are waiting for that latter vital market to get back on its feet during the pandemic. Most of Southeast Asia is still closed. At historical rates, Venom opened to $13.6M in 2018 in Russia. 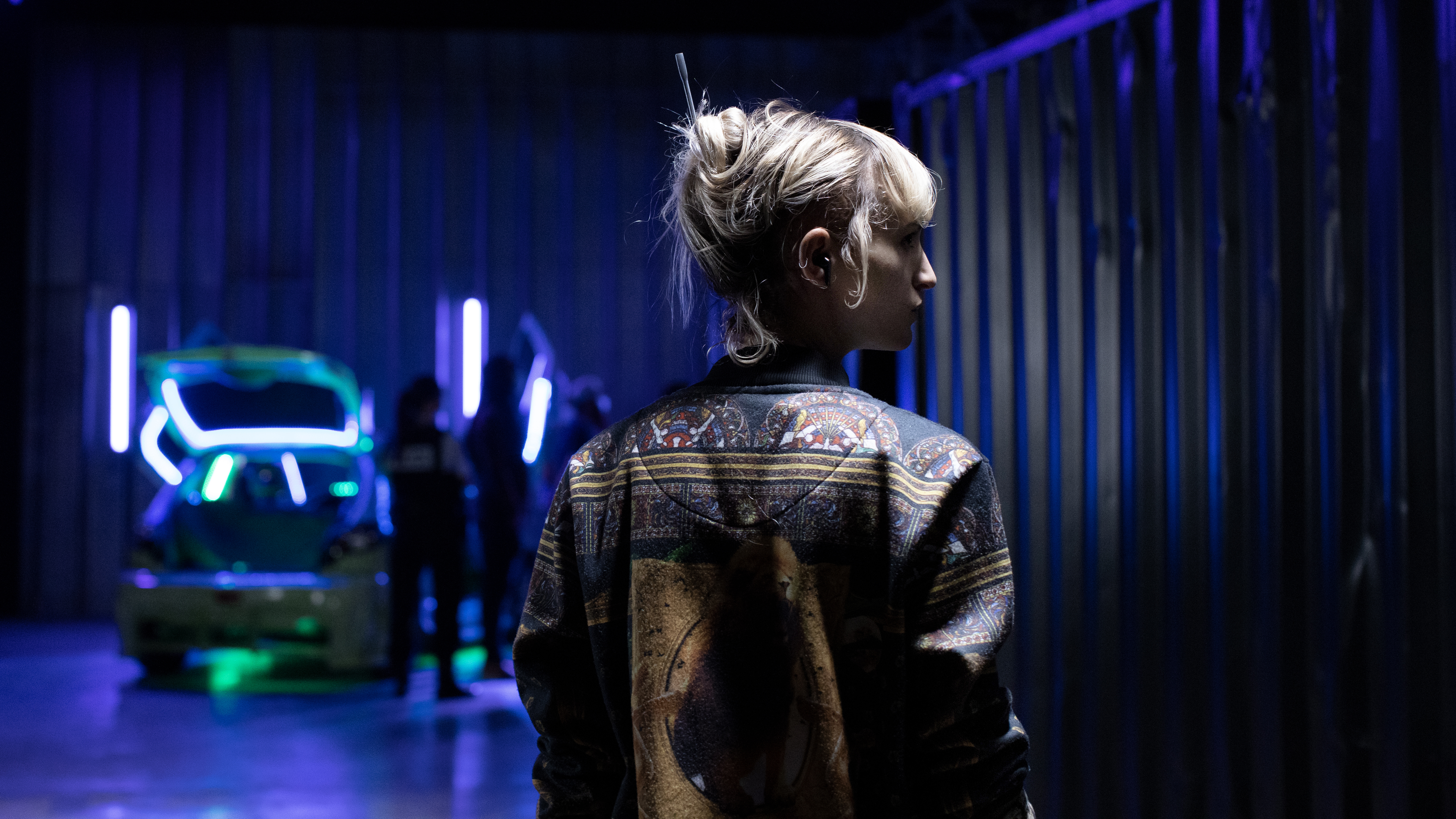 Jill Goldsmith will have our indie preview later in the weekend, but it’s important to note that NEON is debuting their Cannes Palme d’Or winner Titane in 562 theaters in U.S. and Canada across 100 markets. The Julia Ducournau directed French feature has 92% Certified Fresh on Rotten Tomatoes and follows a series of unexplained crimes; a father is reunited with the son who has been missing for 10 years. The pic in its logline is also billed as “Titane : A metal highly resistant to heat and corrosion, with high tensile strength alloys.” Ducournau is the second woman to win Cannes’ top prize after Jane Campion with 1993’s The Piano.