Judging by the uptick in the number of shows and movies set in whatever plane of existence awaits us when we die, the afterlife is a place of infinite possibility. Along those lines, there are layers to “Upload” — the latest comedy series from “The Office” and “Parks and Recreation” co-creator Greg Daniels — that inch toward taking advantage of the possibilities of paradise. Its first season brings in rom-com tropes and workplace shenanigans and buddy adventures and even shades of futuristic cybercrime. But instead of being a satisfying sum of all those component parts, “Upload” feels like a spiritual tug-of-war between a handful of thinly sketched starting points that never coalesce into anything significant.

The first sign of “Upload” being something more hollow than intended is its choice of main character. Nathan (Robbie Amell) is a hotshot coder who — despite having a doting girlfriend Ingrid (Allegra Edwards), happy times with his niece, and the use of a self-driving car — is too self-absorbed to enjoy any of it. His seemingly breezy life in a 2033 world comes to an abrupt fork when his vehicle plunges headfirst into a parked semi. At the hospital, Ingrid insists that he ensure his permanent future and undergo a procedure to digitally upload his consciousness into a virtual paradise before he dies.

Before he can object, Nathan is whisked away into the utopian digital community of Lakeview, where breakfast buffets abound and the rooms have turndown service and the water is glistening and the shore is always within view. While juggling the logistics of a proper funeral and maintaining his relationship with Ingrid, Nathan starts to spend plenty of time with Nora (Andy Allo), the “angel” employee at Lakeview’s parent company Horizen assigned to oversee his transition from one kind of living to the next.

Having characters exist on separate planes of existence sets up a dynamic that gets in the way more than it helps. As much as the world of this show wants to have the concept of an upload be so accepted and ingrained into society that there’s an infrastructure in place to facilitate, that doesn’t square with the number of discoveries that come across as surprises in “Upload.” This first season gives the impression that the world of Lakeview beyond the edges of the frame is more of a convenient place for potential plot machinations rather than a fully realized place that a team of scientists and computer engineers would have built out enough to attract an ever-growing consumer base. 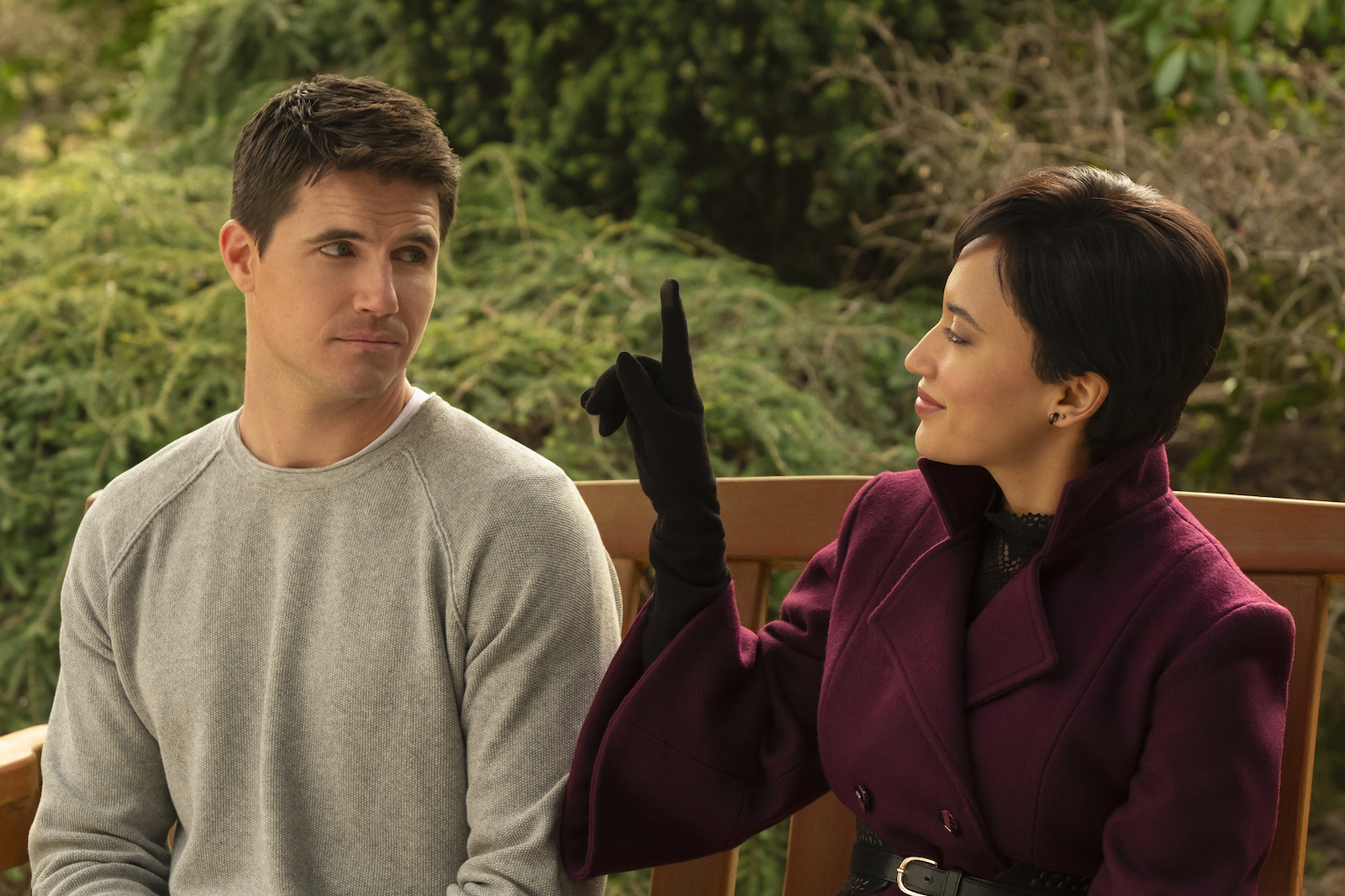 For a show that includes plenty of references to coding (not many of which extend much further than a “hacking the mainframe” level), it’s fitting that most of these characters feel like little more than individual pieces of a formula. “Upload” is pretty effective at establishing each new person’s initial foibles — Nathan’s new friend Luke (Kevin Bigley) is the well-intentioned horndog, while Nora’s boss Lucy (Andrea Rosen) is a corporate supervisor without as many people skills as the employees under her. Still, each new episode feels like shuffling and reshuffling those handful of ideas together, hoping that some combination becomes more meaningful than entry-level interactions. Occasionally, as with parts of two characters’ budding feelings for each other (and yes, it’s probably the two you’re thinking of) there’s a tiny feeling of something evolving rather than rearranged.

Even though Nathan’s adjustment to life as an Upload has a bit of a wacky learning curve, he gets comfortable in a body horror, technoethical nightmare surprisingly fast. With the extent of Nathan’s problems not reaching far beyond a clingy girlfriend (fellas, isn’t it just the worst when someone wants to be with you, amiright?), “Upload” is forced to mostly wander around with Nathan until something else more important comes along. Tackling the thornier issues of a reconstructed afterlife is a difficult enough task, so “Upload” gives them a passing glance instead.

Eventually, the show dips into a bag of conflicts that threaten or endanger the entire system as they know it. (Stretching the scope of the conflict too wide is one main reason why another recent afterlife-focused show stumbled in its final episodes, even after having three additional seasons of runway to work with.) There’s not really much of a chance in this season to explore any of that fertile ground in between perusing eternity and having it all wiped away with a single click.

The main weakness of “Upload” is a contrived, sinister mystery that lurks underneath any make-your-own-paradise fun. Rather than set up most of that espionage intrigue up front, the season parcels it out, wedged in between Nathan’s various escapades. Intended as a twisty motor to help make people care about Nathan’s “plight,” it only ends up being a tonal weight that “Upload” can’t really shake. 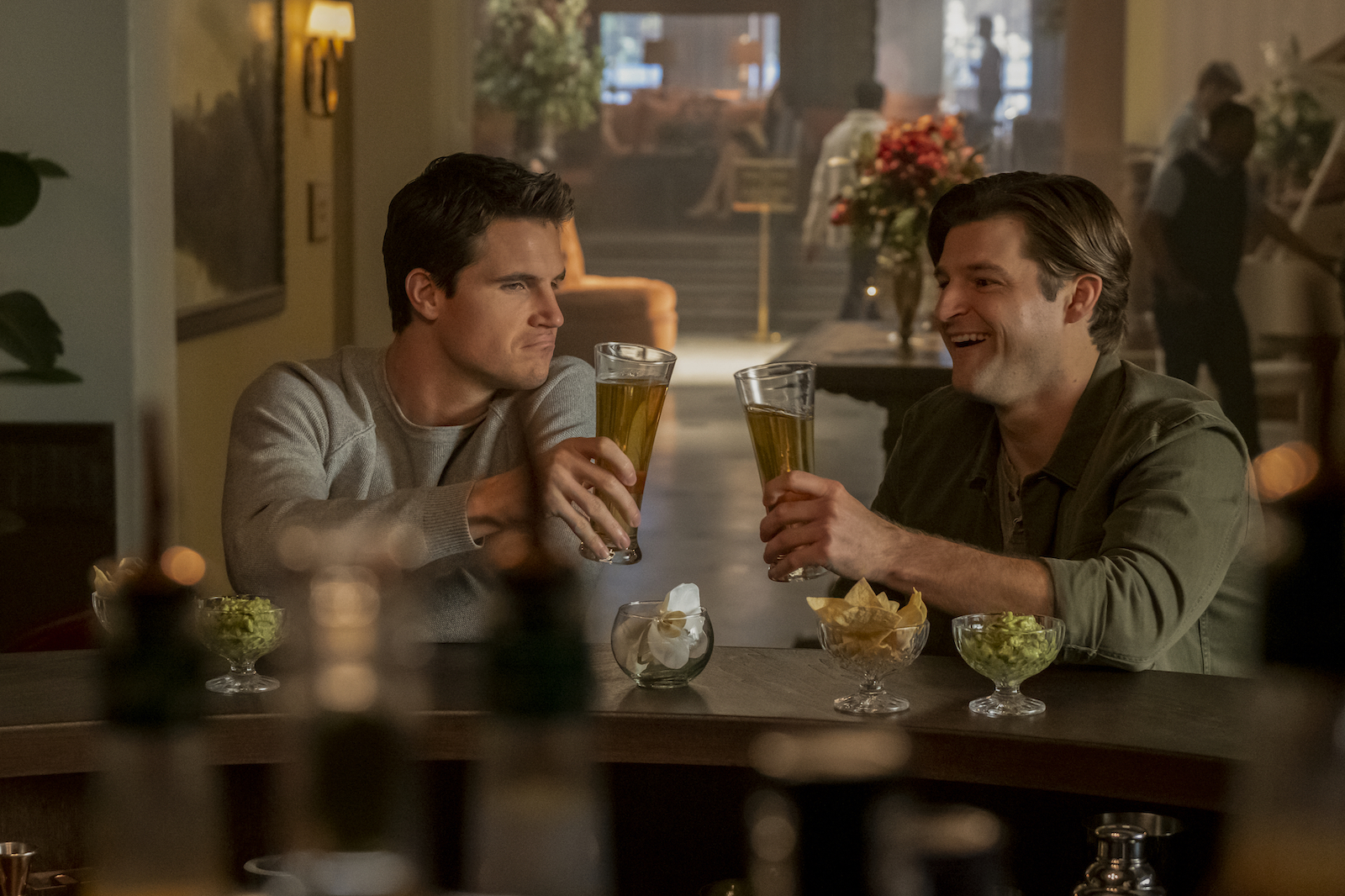 To get to anything meaningful or interesting about Nathan and his stay in Lakeview, you have to dig through a thick layer of pee gags and painful renditions of 5-year-old pop songs and the repeated insistence that a preteen saying “adult” things is inherently funny. There are enough “What if?” nuggets that could sustain a few sketches, but drawn out over 10 episodes, each new observation about this world rarely goes beyond pointing out how real-world ideas translate into a digital consciousness.

“Upload” tries to have it both ways, by skewering Nathan’s wealthy neighbor (a not-so-veiled version of some real-world billionaires) and threading various subplots about income equality extending into the afterlife, too. Even that inclusion becomes a simple means to an end, never really addressed in anything other than a superficial way. The threat of losing paradise due to a smaller bank account is mainly here to provide Nathan both some financial conflict and some good-guy credentials as the season goes on.

All of this adds up to a series that, like the virtual world at its core, is designed to grab your attention in the moment. The new rules and wrinkles to the “Upload” world are, for the most part, glossy and fleeting, tiny jokes that end up having little bearing on whether or not the people who are living or dead really matter all that much. What little spark there is, either in friendship or the tiny embers of romance sprinkled throughout, just isn’t all that connected to the high concept ideas at its premise. It’s a short-term memory follow-through on an idea that wants to give the illusion of lasting far longer.

“Upload” is now available to stream on Amazon Prime Video.