In a previous episode to Tipping Point, host Ben Shepherd was joined by David, Heidi, Jak and Julie in the studio. During the penultimate round, there was just £200 between two players and the final where they could win a whopping £10,000 if they took the trade. It seemed Jak was going to sail straight through, but after getting a question wrong, it was Heidi’s to take and when the double counter dropped with several other counters, her jackpot superseded her components and Ben called it a “brutal comeback”.

At the end of round one, Julie had failed to win any money, while David managed a measly £50.

Round three saw Ben ask each player a question which they could pass to their opponent if they didn’t know the answer, or didn’t want to answer.

After a few questions were asked Ben said: “There’s now just £200 between you, can you keep control? It’s now time for your third and final question.” 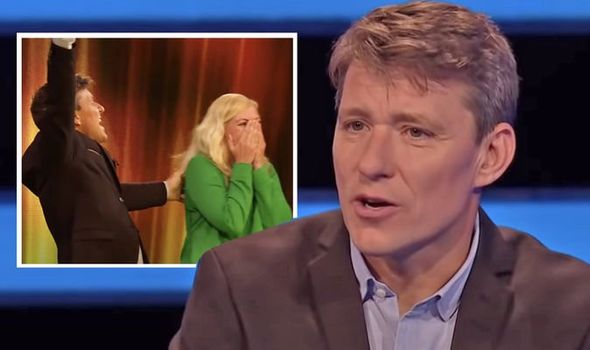 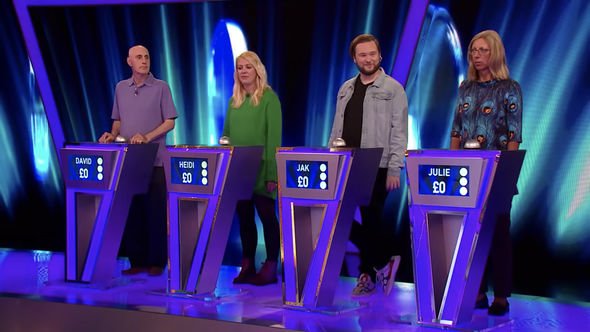 The host read out: “‘Completed in 1966, Peter Getting Out of Nick’s Pool is a painting by which contemporary British artist?

“Jai, here’s your chance to sew up the whole thing. What are you thinking?” Ben asked.

He said: “The only one I can think of, and he’s not even British, I think he’s American, the artist like that has come into my mind is Andy Warhol.

“He does Marylin Monroe and stuff, so I’m thinking it’s probably not – it’s the only one I can think of so I’ll go Andy Warhol.” 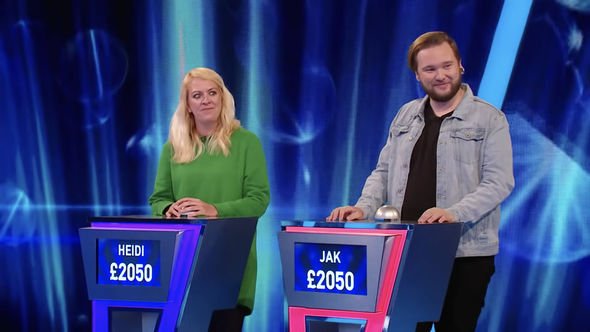 “Heidi, did you have anyone in mind?” Ben questioned and she said she didn’t.

Those watching at home saw Ben continue: “Okay Jak shall we see if you’re right and you’re the winner playing for our jackpot?

“If you’re wrong, Heidi’s got one last chance to get four last counters and catch you. Is the answer, Andy Warhol?”

The machine flashed up read and Ben added: “No, it’s David Hockney.

“Right, Heidi, this is it, one counter into the machine, if you get four out you catch Jak, any less and he’s our champion and you’re going home.” 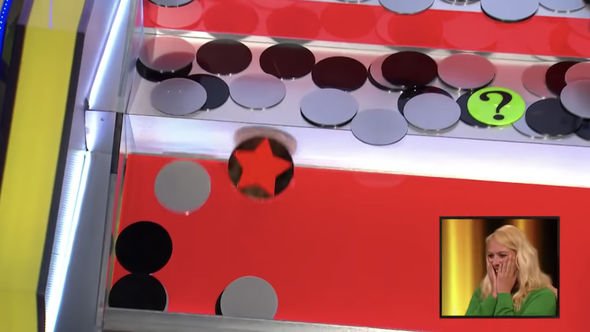 Heidi commented: “I’m going to have to stick with four because of that double.”

“If you get the double out, it’s sitting on one so they would come out as a pair,” Ben remarked.

“Let’s see what we can do! Fire up drop zone four please, good luck both of you.”

The counter dropped towards the left side of the zone rather than the right but with some movement across the counters the double-ended up being knocked over the Tipping Point.

Ben exclaimed: “Heidi! Would you believe it? A little bit of lateral. You’ve done it.

“Goodness me, what a dramatic finish! Jak that’s so brutal, but Heidi, what an incredible finish!”

As for how Heidi fared in the final round, she had £2900 when she dropped her final counter into the machine.

And it was the winning counter as it pushed the jackpot counter beautiful over the Tipping Point.

“Amazing, thank you so much,” Heidi replied with tears in her eyes.