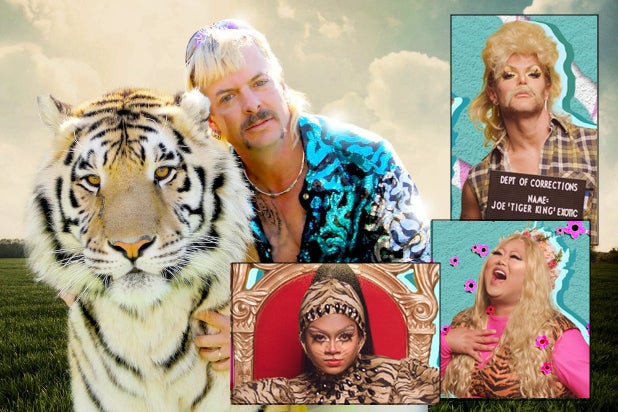 Netflix will celebrate the one-year anniversary of its hit documentary series “The Tiger King” with the TikTok musical “The Tiger Queens: The Tiger King Musical LIVE,” making its debut on March 28.

Vulture positively swooned over the prospect.”Hey, all you cool cats and kitty girls. Did you know today is the one-year anniversary of when ‘Tiger King’ was unleashed upon all of our quiet, unsuspecting ‘two-week’ quarantines?” it wrote in a Saturday post. “Netflix is celebrating the monumental occasion in a way that feels like they just threw the entire internet into a Slap Chop and mixed that sh–t around, and we mean that as the highest compliment: with a live TikTok drag-queen musical adaptation.”

Casting for the musical was revealed in a poster for the musical, showing “Tiger Queens” slated to star “Ru Paul’s Drag Race” alums Kim Chi as Carole Baskin, Heidi N. Closet as “The Tiger” and Willam as Joe Exotic.

Chi was a finalist in Season 7 of “RuPaul’s Drag Race”; Heidi N Closet competed last season (Season 12) and is the reigning Miss Congeniality; Willam was a contestant on Season 5 and has the dubious distinction of being the first person disqualified from the series. She also has the most mainstream acting experience of the three, having done numerous TV roles and even starring in “A Star Is Born.”