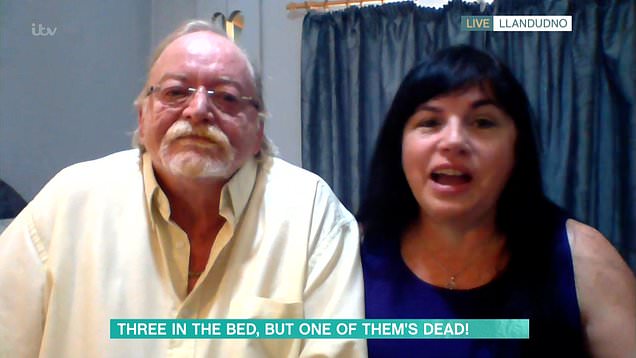 This Morning viewers were left astonished by a psychic’s wife’s claim that she can feel the ghost of her dead mother-in-law ‘bouncing on the bed’.

On Thursday’s edition of This Morning, Holly Willoughby and Phillip Schofield were joined by David Drew, who works as a psychic, and his wife Jane Drew.

The couple met when Jane attended one of David’s shows in Blackpool in 1984, marrying a year later.

During their virtual interview from Llandudno in Wales, David explained to Holly and Phillip that he has been ‘psychic’ since early childhood, recalling being visited by a little girl when he was a young boy who would jump up at him by his bed.

The couple explained that people are more likely to notice spirits at night, due to the state of relaxation they fall into before they go to sleep.

David said that he remembered seeing Jane’s mother for the first time – who died in 2019 at the age of 89 – at the foot of their bed, joking that she ‘always said she had a face that could haunt houses’. 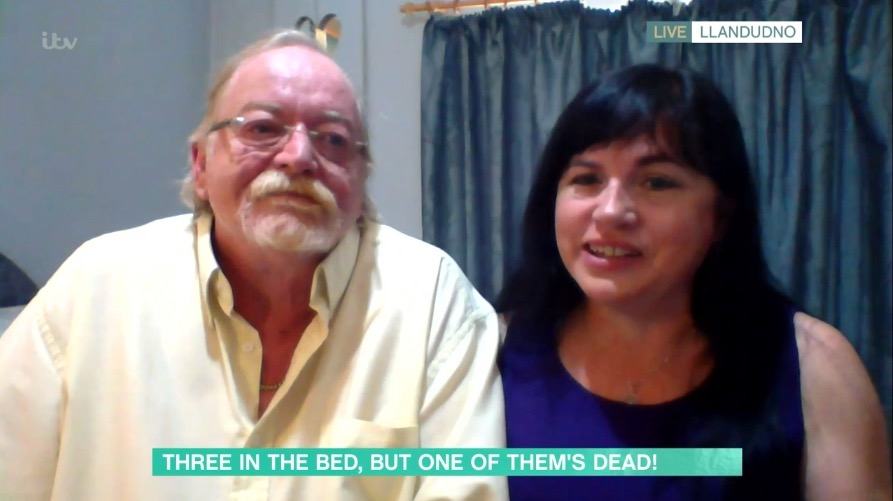 When Jane was asked by Phillip about seeing her mother-in-law, Joan, who died in 1979, Jane said that she doesn’t actually ‘see her’.

‘What I do is I feel her bouncing on the bed,’ Jane replied.

‘Which is a peculiar thing for a mother-in-law, alive or dead, to do!’ Phillip responded incredulously.

‘I guess so yes,’ Jane said. ‘She’s just visiting him I guess, you know, and sits on the side of the bed when we’re in bed and gives a couple of bounces to let me know that it’s her.’

When asked by Phillip why her mother-in-law doesn’t visit her in the kitchen, Jane said that she ‘probably does’.

‘It’s just that I can’t see her there, it’s just when you’re relaxed and going to sleep that you’re more susceptible,’ she added.

‘So they just step back into a curtain, like into a different dimension,’ she said.

If you’ve got a celebriy story, video or pictures get in touch with the Metro.co.uk entertainment team by emailing us [email protected], calling 020 3615 2145 or by visiting our Submit Stuff page we’d love to hear from you.