Home » TV and Movies » 'This Is Us': Justin Hartley Claims It's 'Hard to Beat' What Kevin and Sophie Have

This Is Us is coming to an end, which means fans are close to finding out who Kevin ends up with. The NBC drama has already eliminated a couple of his former love interests, but there is one woman who is still a contender for his heart. Kevin could still marry Sophie again in This Is Us, and Justin Hartley may have alluded to their endgame.

Justin Hartley discusses who could be Kevin’s endgame

During an interview with Entertainment Weekly, Justin Hartley discussed how Kevin’s love story would end in This Is Us. And he might have even given hope to fans who want Kevin and Sophie to be together.

“I don’t think everyone’s going to be happy necessarily,” the actor teased. “Every single person is not going to be like, ‘That’s what I wanted.’ Some people will want something different. I mean, because it could be that he just ends up with no one … People are going to have their own reasons for why they believe what they believe.”

Kevin and Sophie tend to find their way back to one another in This Is Us. And their story seems to be far from over.

This Is Us Season 6 Episode 12 was all about Kate and Toby’s separation. However, the hour also featured the brief return of Sophie, and Kevin gave his ex-wife a longing look.

Sophie and her husband attended Kate and Phillip’s engagement party. Kevin arrived with the State Farm girl, but it was clear that he still had lingering feelings for his childhood love. He even talked to her, but fans didn’t get to see their conversation onscreen.

It’s unclear what the future holds for Kevin and Sophie in This Is Us. But we know that she will be at Kate’s wedding, and Kevin will hook up with a mystery girl the night before his sister’s special day. Fans will just have to watch This Is Us Season 6 Episode 13 to find out what happens between the exes. 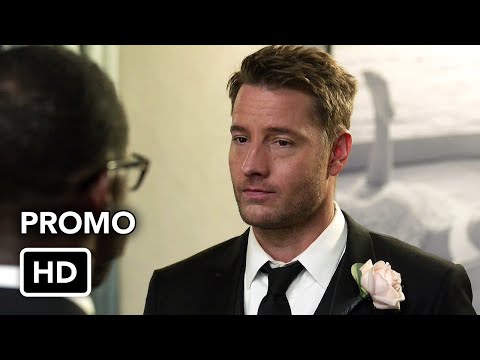 While speaking with Deadline, This Is Us co-showrunners and executive producers Isaac Aptaker and Elizabeth Berger teased what’s next for Kevin and if there is hope for him and Sophie.

“Kevin’s always been our guy who takes one step forward only to take two big steps backwards,” they said. “And it’s definitely safe to say he backslid a bit romantically after Madison ended things. Obviously, Sophie has held a special place in his heart for decades now. Maybe those were just longing looks they gave each other at Kate’s engagement party, or maybe there’s still another chapter of their story to be told.”