Each product has been independently selected by our editorial team. We may receive commissions from some links to products on this page. Promotions are subject to availability and retailer terms.

While springtime is usually a great time for planning vacations and packing for getaways, this year, there are plenty of reasons to stay home. One of the best reasons: There’s a ton of great classic and new TV shows just waiting to be binged on Amazon Prime. So if you’re not planning to take a week-long trip, opt for a week-long binge-watch that will transport you to a different reality with some of the best TV shows on Amazon Prime Video right now.

Amazon Prime is always adding to their streaming collection, but only a selection can be titled as the best. So, set up your Prime account, if you haven’t already, and buckle in for some new favorites that you may have missed. Stream it all with Prime, whether you’re craving some “going-out” energy from RuPaul’s Drag Race that features major style moments and pop culture icons like Nicki Minaj, Miley Cyrus, Ariana Grande, or you want another reason to stay at home with your doors locked after watching Ryan Murphy’s truly terrifying American Horror Story series.

Here are some of our favorites streaming on Amazon Prime Video now.

Thirteen seasons in, RuPaul’s Drag Race is renowned for hosting some of the best drag queens in America alongside star-studded celebrity guest judge appearances. From hand-sewn outfits to iconic lip-sync moments (thank you, Ariana Grande), this series should be next on your binge-watch list. The least we can do these days is live vicariously through the contestants getting their glam on. The first five seasons are available to stream on Amazon Prime. 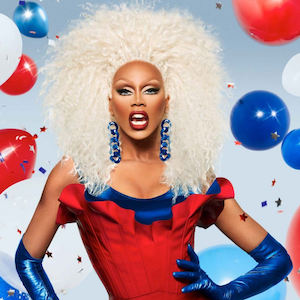 With countless awards in its repertoire, Amy Sherman-Palladino’s The Marvelous Mrs. Maisel is anything but your usual comedy. Midge Maisel (played by Rachel Brosnahan) has it all on the Upper West Side, until her marriage takes a drastic turn. Things escalate quickly for Midge as she discovers a true love for stand-up comedy. Before you know it, you will be falling in love with this 1950’s housewife and cheering her on as she follows her dreams. 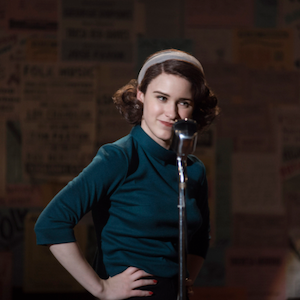 If you haven’t seen 30 Rock yet, then you must be living under a rock. The iconic NBC comedy series starring Tina Fey, Alec Baldwin and Tracy Morgan is a great way to pretend that you’re part of the behind-the-scenes action of a dysfunctional version of Saturday Night Live. All seven seasons are available to stream on Amazon Prime. 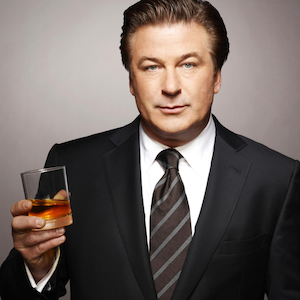 Live out your Midwest dreams in this Montana-based drama featuring Kevin Costner as John Dutton, the owner of the largest ranch in U.S. history. With such an honor, comes great responsibility. Dutton must protect the integrity of his land and his family from emerging modern-day threats. 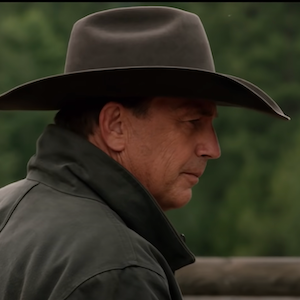 Get serious about escaping your reality with this new Amazon original show based on Robert Kirkman’s comic books series. Sandra Oh, Steven Yeun, and AK Simmons expertly bring the animated show to life as it follows the journey of young superhero Mark Grayson who is just developing his powers.

Warning: The animation team did not leave out any of the gory details. 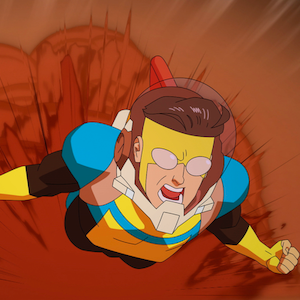 Looking for a little Halloween spook in the middle of spring? Then American Horror Story is the binge-watch for you. For the uninitiated, the horror show is composed of nine mini-series and features a different storyline for each season. But don’t worry, you’ll still see familiar faces like Sarah Paulsen, Evan Peters, and Lily Rabe alongside some big-name pop stars like Lady Gaga and Adam Levine. 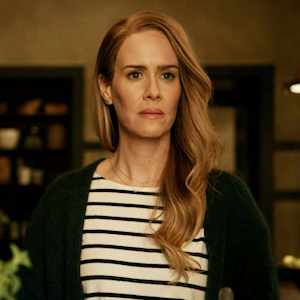 Scrubs walked so that Grey’s Anatomy could run — with a comedic, early 2000’s twist at least. All nine seasons of Dr. J.D.’s internal musings are available on Prime Video so you can get your fill as you patiently await other releases. 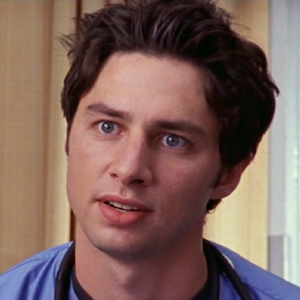 Steve McQueen is back with nothing less than excellence. The Academy Award-winning director brings stories of the West Indian community in London to life in a five episode mini-series that takes place from late 1960 to mid-1980. Starring Letitia Wright and John Boyega, the idea for this series has been on McQueen’s mind for nearly eleven years. Take it all in while you can. 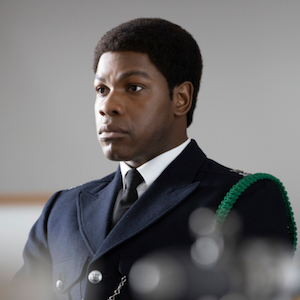 Phoebe Waller-Bridge was a hot mess before it was cool. Starring as Fleabag in the self-titled, two-season show, it is a must-watch for anyone who wants to indulge (OK, reminisce) in the chaos of navigating fleeting romances. With witty camera side-conversations, there’s no show that’s better at breaking down the fourth wall and making us all feel like we’re back outside and dating again. 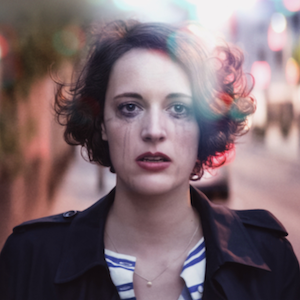 This Amazon original series is exactly what it sounds like it would be about— love stories! Based on the true tales shared in the widely adored New York Times “Modern Love” column, season one features a new storyline in each episode. The raw and real narratives will have you laughing, crying and appreciating all of the love in your life. 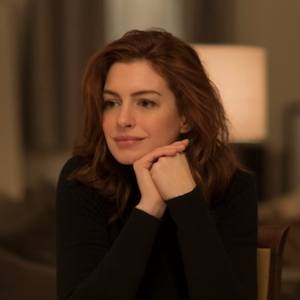 Remember when Logan Lerman played Percy Jackson? This is him now. Feel old yet? Lerman stars as a young man in 1977 New York who discovers an eclectic group of Nazi hunters after his grandmother is murdered. Season one is filled with blood, revenge and iconic Al Pacino one-liners. Sit tight, because there is more coming your way with a season two on the horizon. 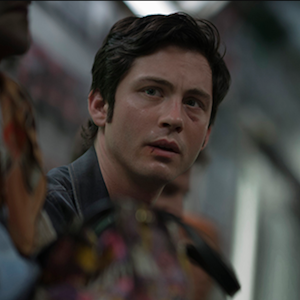 Falling in love, moving into the suburbs, having a steady routine. To some, this sounds like a dream. To others, it’s a nightmare. June and Oscar (played by Maya Rudolph and Fred Armisen) live in habit until June pushes the couple to go outside of their comfort zone, switching up their annual lake house trip for a ski vacation. Navigating the unknown is challenging for anyone, but especially so for a couple that is seemingly tied together by consistency. 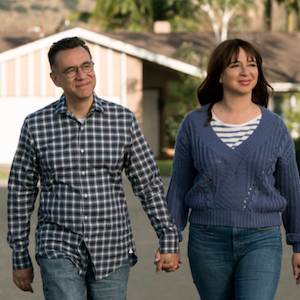 If you thought your teenage years were rough, imagine being stranded on an island from a catastrophic plane crash with a group of teenage girls you had nothing in common with. While the cast of The Wilds may have seemingly escaped their awkward years, they can’t run from each other. The group of girls are forced to band together in order to survive, and attempt to understand what really happened in the air. 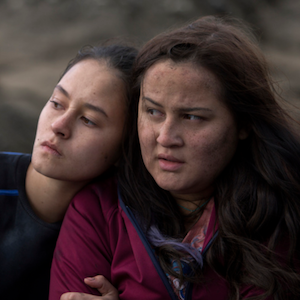 Still upset about that Game of Thrones series finale? Escape your woes by diving into another great series with battles, romances, and power struggles. This historical drama takes you into the Middle Ages as Viking Chieftain Ragnar Lothbrok (played by Travis Fimmel) fights to become the next Earl and, hopefully, King. 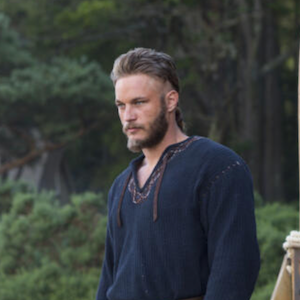 If you like The Crown, just wait until you watch Victoria. Step into the life of Alexandrina Victoria as she assumes the title of Queen at the young age of eighteen. After the death of her uncle, Victoria must step up to the role and navigate the twisting turns and traps of monarch life. Inspired by real events, the series is informational as much as it is addicting. 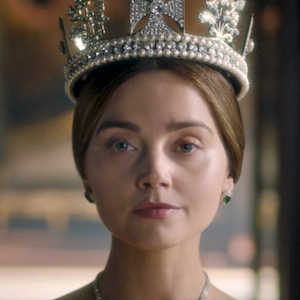 We won’t blame you if you’re interested in watching The Boys just to see Chace Crawford in that super suit, but if you’re actually interested in a reverse superhero plot, this is the show for you. The Boys takes place in a world where Superheroes are revered like modern-day celebrities. The heroes are owned by a powerful corporation called Vought International that works hard to hide the corrupt and self-centered personalities behind their leading Superhero team, The Seven, but they can’t fool everyone. The heroes begin to violently clash with the anti-super vigilante group, The Boys, determined to expose the reality behind The Seven and Vought International. 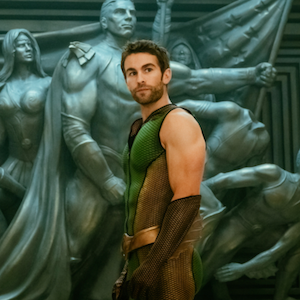 After narrowly surviving a deadly car crash, 28-year-old Alma (played by Rosa Salazar) begins to experience life in a new way. Undone is an animated show that plays with the concept of reality when Alma starts seeing her dead father, leading her to believe there is something she still needs to uncover. 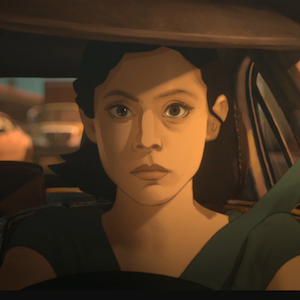 Sneaky Pete focuses on Marius Josipović, but you can call him Pete. Actually, as far as you know, he only goes by Pete. Played by Giovanni Ribisi, “Pete” is a recently released convict who takes on his prison cellmates identity in order to escape his past life, and to hopefully pay his debts. A word to the wise: once a con man, always a con man. 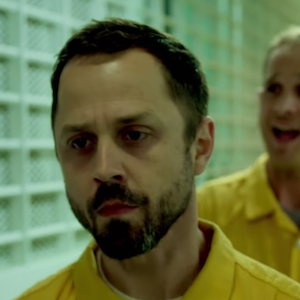 If you aren’t comfortable promenading just yet, but you want to continue fantasizing about the Bridgerton life, look no further than period piece Vanity Fair. Adapted from William Thackeray’s novel, the series follows Becky Sharp (played by Olivia Cooke) as she does whatever deemed necessary to move up in English Society.

Bonus: You will even spot Claudia Jessie (aka Eloise in Bridgerton) as Becky’s friend, Amelia Sedley. 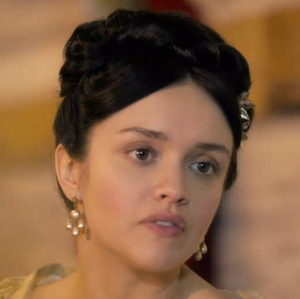 In a reality where superheroes are normalized, emerging (and long-lasting) villains are a constant burden. Enter: The Tick. The blue-suited hero, played by Peter Serafinowicz, is befriended by sidekick Arthur — a completely normal man with mental health issues, an accounting career and a hunch that their city is in danger. The unlikely duo launch into adventure as they gather allies and fight to take down enemies. 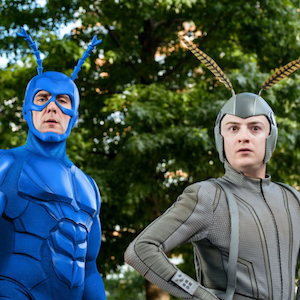