With the delayed season 10 finale of The Walking Dead coming to AMC and FOX UK in the coming weeks, excitement levels among horror fans couldn’t have been higher. However, they’ve been dampened somewhat by the news the show will come to an end after its 11th season.

BREXIT BULLETIN: Sign up for our special edition newsletter with exclusive insight from this week’s crunch talks

Despite the story coming to a close, plans have been announced for Daryl Dixon (played by Norman Reedus) and Carol Peletier (Melissa MCBride) to return in a spin-off.

Season 11 is billed to be longer in length than previous runs and will conclude on AMC in 2021.

Showrunner Angela Kang said: “I look forward to digging in with our brilliant writers, producers, directors, cast and crew to bring this epic final chapter of Robert Kirkman’s story to life for our fans over the next two years,

“The Walking Dead flagship series has been my creative home for a decade and so it’s bittersweet to bring it to an end, but I could not be more excited to be working with Scott Gimple and AMC to develop a new series for Daryl and Carol, 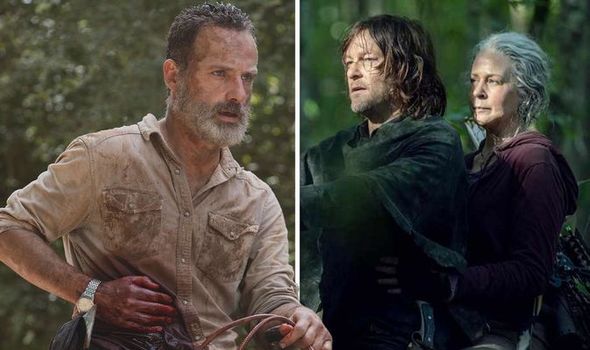 “Working with Norman Reedus and Melissa McBride has been a highlight of my career and I’m thrilled that we get to keep telling stories together.”

Former showrunner Scott Gimple, who will work along Kang on the Daryl/Carol spin-off series, also shared a statement following the news.

“It’s been 10 years gone bye; what lies ahead are two more to come and stories and stories to tell beyond that,” Gimple said in a press release.

He added: “What’s clear is that this show has been about the living, made by a passionate cast, team of writer/producers, producers, and crew, bringing to life the vision put forth by Robert Kirkman in his brilliant comic — and supported by the best fans in the world. 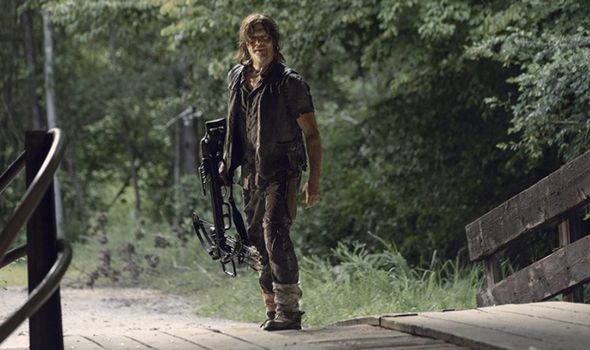 “This will be a grand finale that will lead to new premieres. Evolution is upon us. The Walking Dead lives,” he concluded.”

The untitled spin-off series starring two of the show’s longest-serving and most popular characters is one of many TWD shows in the pipeline.

Fear the Walking Dead is back for its sixth season later this year, while The Walking Dead: World Beyond premieres on Amazon Prime in the UK shortly after the season 10 finale of the flagship show.

Add to the mix the big-screen flicks starring Rick Grimes (Andrew Lincoln) in the works and it’s fair to say The Walking Dead will live on.

However, that’s small consolation to TWD fans who were quick to express their dismay shortly after the announcement.

“Please tell me your Internet connection is slow and this is a very late April Fool’s Joke,” tweeted one fans to the show’s official account.

A second added: “Well as if 2020 couldn’t punch me anymore then it already has!”

“This show is all I’ve known for the last nine years. I knew this day would come… but today,” said a third on Twitter, with a fourth adding: “End of a f*****g era. What a run.”

Despite the majority of fans being left disheartened by the news, not everyone was onboard with another spin-off entering the TWD universe.

“So, again, you basically spoil the fact you’re not killing the one character specifically created for the show off,” commented one fan.

A second added: “Spin off??? Oh god let it end. I still love this show, but give it a good ending and be done with it. Already have rick movies and two other shows, I’m tired of this storyline continuing.”

While a third echoed: “Negan spin-off pls. no one cares about a carol/daryl show.” (sic).

The Walking Dead season 10 concludes on AMC on October 4.