Home » TV and Movies » The Terror season 2 release date: Will there be another series of The Terror on BBC?

The Terror: Tobias Menzies stars in trailer for historical drama

American horror series, The Terror, airs every Wednesday on BBC Two at 9pm. Many fans have chosen to binge-watch the series on the BBC iPlayer and are curious to know if there is more to come. Will, there be another series of The Terror? Express.co.uk has everything you need to know.

Will there be another series of The Terror?

There is some good news for fans of The Terror on BBC Two.

Due to The Terror being the first instalment in an anthology series, The Terror will not return in the form as we know it.

However, there is a second series of The Terror, titled The Terror: Infamy.

As it is an anthology series, the historical-thriller will tell a brand new story with a completely new cast.

READ MORE The Terror cast: Who is in the cast of The Terror? 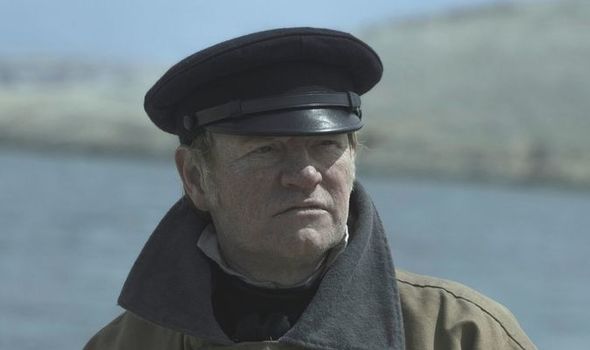 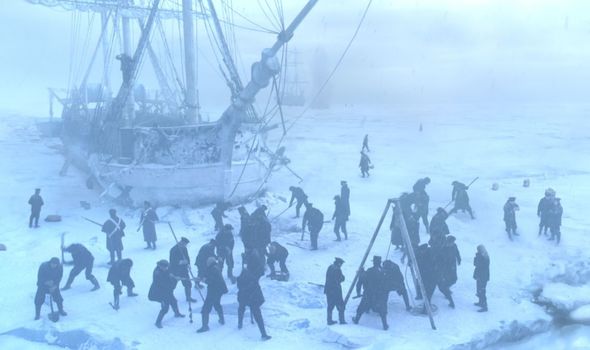 Whilst the first season was based on Dan Simmon’s 2007 novel and developed by David Kajganich, the second series was co-created by Max Borenstein and Alexander Woo.

The first series was a fictionalised account of Captain Sir John Franklin’s lost expedition to the Arctic in 1845–1848 and starred Jared Harris as Captain Francis Crozier, Tobias Menzies as Commander James Fitzjames, Paul Ready as Dr Harry Goodsir, and Ciarán Hinds as Franklin.

In Infamy, Derek Mio plays Chester Nakayama, a son of Japanese born immigrants who joins the US army. 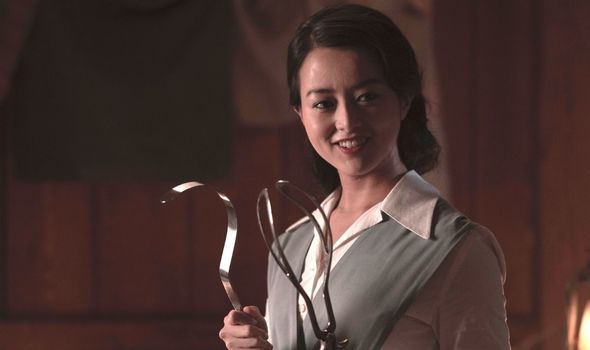 George Takei plays Yamato-san, a former fishing captain and community elder who was imprisoned with his family in two Japanese-American internment camps during WWII.

The official synopsis for The Terror: Infamy reads: “Set during World War II, The Terror: Infamy centres on a series of bizarre deaths that haunt a Japanese-American community and a young man’s journey to understand and combat the malevolent entity responsible.”

The Terror and Infamy originally aired on AMC in the US in 2018 and 2019 respectively.

DON’T MISS…
The Serpent: How many people did The Serpent kill? [DETAILS]
How many episodes are in Bloodlands?  [SHOW INFO]
Bloodlands: Why did Tom Brannick commit murder?  [EXPLAINER] 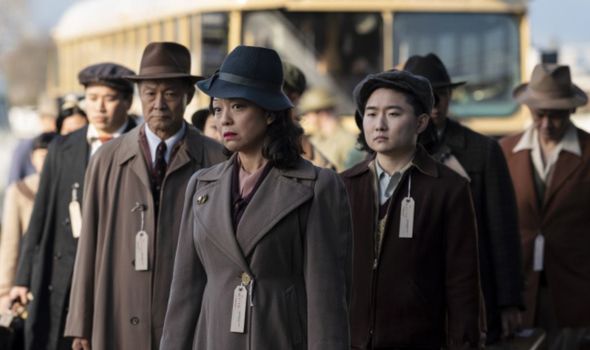 After more than two years of waiting, The Terror finally found a home at the BBC in the UK and hopefully, Infamy will follow suit.

Fans of The Terror are not expected to wait two years for Infamy to arrive on the BBC iPlayer.

Hopefully, like The Terror, Infamy will air weekly on BBC Two for those who want to space out the series.

In January 2020, Deadline reported AMC president Sarah Barnett had expressed interest in renewing The Terror for a third season.

As of March 2021, there has been no official update regarding the third series of The Terror.

Express.co.uk will update this article when more information is available.