Home » TV and Movies » 'The Office': How Pam Beesly Got Jenna Fischer Fired From Another Role

There’s no doubt that one of the best things to ever happen to actress Jenna Fischer is the role of Pam Beesly on the The Office. 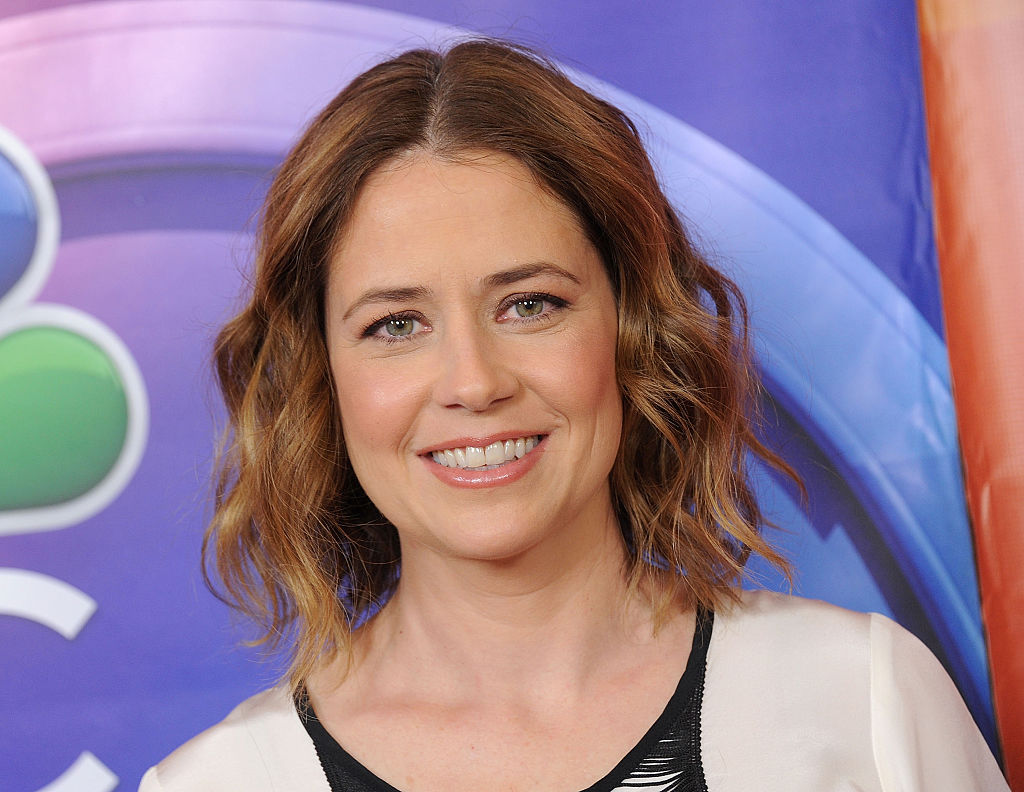 But, as Fischer relates, it’s been both a blessing and a curse.

Here’s what Fischer says about the ups and downs of being Pam.

When Jim Krasinski and Jenna Fischer were both auditioning for roles on The Office, not only could they each see that they had great on-air chemistry. Everyone around them noticed it as well. The stars were aligned for their perfect pairing.

Fischer writes about dressing and styling herself just right for her audition in her book, The Actor’s Life.

“As I sat there, I saw the other Pams. . . Over the course of two days, I was asked to read with John Krasinski a lot, which I thought was a good sign because he was definitely the best Jim. I mean, he wasn’t just the best Jim – he was Jim. . . On the second day, John and I were walking out of an audition scene, and he suddenly turned to me and whispered, ‘You’re my favorite Pam. I hope you get this job.’ “

“It was exactly as sweet and cute and supportive as anything Jim would say to Pam. I smiled really big and said, ‘I’m so glad you said that because you’re my favorite Jim and I don’t think anyone could do it except for you.’ “

The 45-year-old actress, while chatting with The New York Times in 2019 about her podcast with fellow The Office star, Angela Kinsey, said that if she is eternally known as Pam Beesly, it is perfectly fine with her.

NEW Office Ladies podcast available today! We break down our memories from Diversity Day! @officeladiespod LINK IN BIO or visit our website www.theofficeladies.com

“When I was a little girl growing up in St. Louis,” she said, “I wanted more than anything to be on a comedy television show.”

“I used to watch Cheers with my family and thought, ‘One day I want to be Shelley Long. I want to play a character on a TV comedy that everyone remembers.’ So I don’t care if people call me Pam for the rest of my life. I’m proud of that.”

How she got fired because of Pam Beesly

As Fischer shares in her book, after The Office ended, she took a break from acting. She gave birth to her second child, Harper, in 2014, and was glad to have the time to spend with her and her firstborn, Weston, who was two years old at the time.

Eventually, she went back to work on the pilot for a new CBS sitcom starring Matt LeBlanc of Friends fame.

NEW Office Ladies podcast available today! We break down our memories from Diversity Day! @officeladiespod LINK IN BIO or visit our website www.theofficeladies.com

As she tells it, “So, we shot the pilot and it felt great. Everyone loved everyone. The audience laughed; the network seemed happy. Hugs and kisses all around. We were clearly destined for a pick-up. ‘See ya soon!’, we all said as we left the stages on our last day of work. . .”

“. . . we were getting picked up for sure. One month later, the day all of the pilots were getting news of their pick-ups, my phone rings. On the line are all of my agents, my manager, and my publicist. I thought, ‘They must be calling to congratulate me on my new television series!’ “

” ‘. . . Focus groups didn’t like the chemistry between you and Matt. They just didn’t believe you as a couple. So, the network is moving ahead with the show, but letting you go, since it’s Matt’s show. We’re really sorry.’ “

“I figured it must be me. It must be that I sucked, that I was horrible.”

It turned out it wasn’t Jenna Fischer they didn’t like. It was Pam Beesly’s shadow that had cost her the job.

“I learned later that a common comment in the focus groups was, ‘I just don’t believe Pam would marry Joey.’ Ugh.”