Home » TV and Movies » 'The Masked Singer': Fans Think They Know Who's Under The Swan Mask

The Masked Singer is heading into its seventh week, and the competition is clearly getting tougher. But after The Swan’s killer performance last week, it’s clear she’s in it to win. In her clue package, viewers picked up on certain intriguing details. Now, fans are convinced they know who The Swan really is. 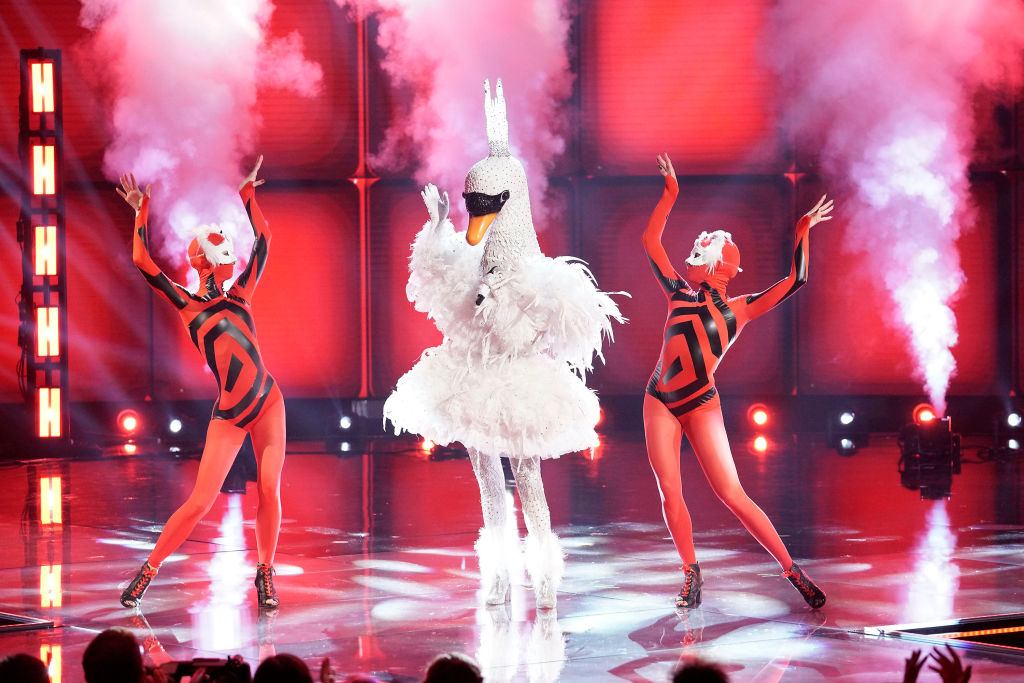 The Swan’s clues so far on ‘The Masked Singer’

The Masked Singer has kept audiences guessing for three seasons. The contestant’s extravagant costumes, song choices, and vocal performances all contain hidden clues. And by now, viewers know exactly how to unpack every last detail.

But some of the show’s most telling details come from the celebrities’ clue packages. The Swan, who wears a white feathery bird costume, said she chose the mask because of the animal’s tenacity.

“The swan is known for its fierceness,” the Swan says in her clue package. “One of the only birds who flies despite the burden of the weight they carry across the universe. I am the swan, here because I refused to be tuned out.”

Throughout the clip, The Swan performs ballet, shows images of a ghost, and displays vampire fangs. “I’ve played games, I’ve lived fame, I’ve seen shame,  and I claim, on this stage, where I came, that you won’t know my name,” she adds. “I’m someone and no one, I’m rerun and no fun. I’m laughing and screaming and nervous all at once. And now, I’m euphoric, flushed with fever, as I bare my soul to you.”

After analyzing all the clues, many viewers think The Swan is actress Bella Thorne. She was once on the Disney Channel series, Shake It Up, in which she played a dancer. Some think her ballet stances could refer to that role.

Ever since I was a little girl I wanted to win an Oscar ❤️ directing, writing, acting it’s all such a beautiful world. Maybe one day I’ll be recognized for one of these amazing things ❤️

Viewers are taking The Swan’s ghost reference as a hint to Thorne’s role on the MTV series, Scream. And finally, fans think the vampire teeth could be a nod to the actress’s 2017 Netflix movie, The Babysitter, in which she plays a teen vampire.

“Idk why but I’m getting Bella Thorne vibes for the swan,” a fan wrote on Twitter. “The Swan is Bella Thorne!! 100%,” tweeted another viewer.

“The Swan has to be Bella Throne,” another fan wrote on Twitter while pointing out Thorne’s other horror movie. “Because she had the Ghost and Bella Thorne was in the Madea Boo Halloween!”

Who else fans think The Swan is on ‘The Masked Singer’

But not everyone is sure The Swan is Bella Thorne. “The swan is Jennifer Love Hewitt or Bella Thorne,” a viewer wrote on Twitter. “Definitely think Bella Thorne is the Swan. Although there’s a slight possibility she could be Ashley Greene,” another Twitter user shared.

Keeping in line with the clue about the vampire’s teeth, some popular guesses for The Swan include Anna Paquin, Sarah Michelle Gellar, and Nina Dobrev. However, there’s still more of the competition left. And if The Swan continues to bring her A-game like she did last week, it may be a while before she’s unmasked.