Home » TV and Movies » 'The Haunting of Bly Manor': Here's How to Find All the Ghosts You Missed 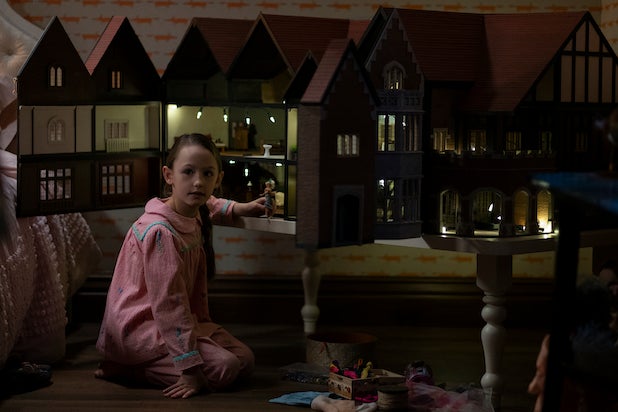 Among the many tricks 2018’s “The Haunting of Hill House” played on its viewers was hiding dozens of ghosts in plain sight throughout the 10-episode Netflix series. The treat, obviously, was being the fan who could spot all the spirits on their own. So when “The Haunting of Bly Manor,” the second chapter of Mike Flanagan’s horror anthology, launched last Friday, people went right to work looking for the specters lurking in the shadows of Bly’s halls.

Now, if you had a little more trouble finding them this time around, here’s a tip from Flanagan himself: Check out Flora’s (Amelie Bea Smith) dollhouse.

“The dollhouse is like our Marauder’s Map for this season,” Flanagan told Entertainment Weekly in an interview published Monday. “It was an idea that was actually born of Rebecca Klingel, one of our writers who also casually came up with the concept of the Red Room in Season 1 [‘The Haunting of Hill House’]. She just kind of shows up every season and drops an idea like this on the table, drops the microphone, and leaves the room.”

(In case you somehow forgot, here’s how big of a deal the Red Room was for “Hill House.”)

Flanagan told EW that Flora’s dollhouse, which has a few closeup shots as early as Episode 1, is “a tracking system for the ghosts” that reside in Bly Manor.

According to “The Haunting” boss, Flora makes a doll of every person who lives at Bly — including the dead ones — and puts them in the house. Then, the faceless little boy ghost whom Flora met and made friends with when she was five, comes and moves the dolls around the dollhouse to place them in the correct positions where their real-life counterparts exist.