Home » TV and Movies » The Handmaid’s Tale plot hole: June made a huge map error – did you spot it?

The future of season four of The Handmaid’s Tale is unclear after filming of the acclaimed Hulu series’ new instalment was postponed amid the coronavirus pandemic. As fans wait for the highly anticipated season premiere, fans have noticed some strange inconsistencies with the State of Gilead.

Throughout the series, fertile women are subjugated to slavery and forced pregnancy by Gilead’s brutal regime of elite Commanders.

June Osborne (played by Elisabeth Moss), previously known as Offred and Ofjoseph, has developed into an outspoken and rebellious Handmaid as she tries to tear down the system behind the scenes.

In the latest season, June was able to smuggle over 50 children out of Gilead before a scuffle with a guard left her mortally wounded. 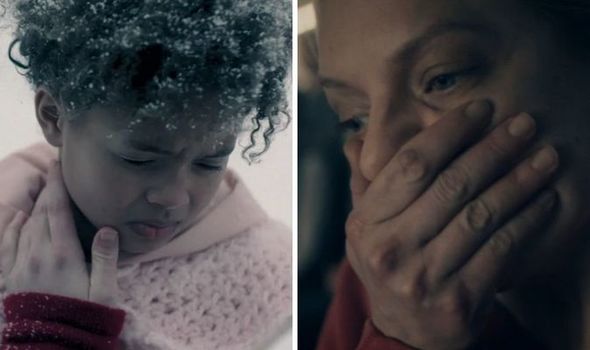 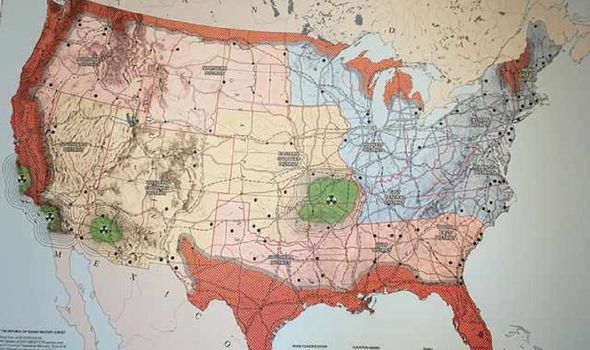 After the latest episode’s devastating cliffhanger, fans have been returning to older episodes as the coronavirus lockdown continues.

Although the series has been acclaimed for its poignant writing and timely themes, rewatching previous episodes has occasionally yielded unfortunate results.

Some fans have spotted some strange inconsistencies with the borders of Gilead as a revealing map featured in season two throws some major doubt on The Handmaid’s Tale’s current regime.

One viewer took to Reddit to analyse the map of Gilead as it currently stands as well as questioning why June is still left in the dark in season three. 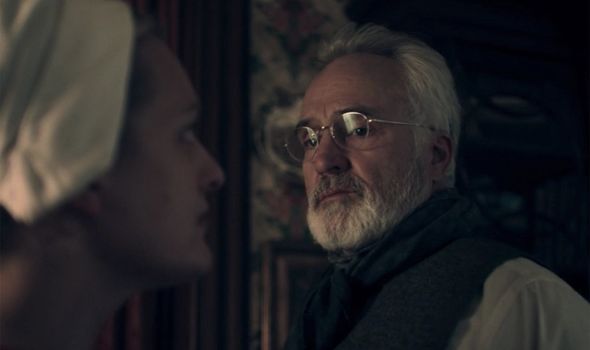 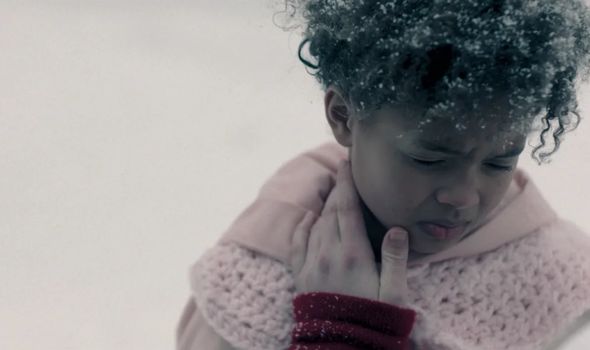 Redditor 12193289 posted: “When June said Hannah’s district, that was weird because on the map it says Hannah and June are in the New Gilead district. Couldn’t June have asked Lawrence for this map, assuming he’s high up and has the same map as Commander Waterford in the season two finale.”

At the end of season two, June is assigned a new position with Commander Lawrence (Bradley Whitford) an imposing and mysterious figure who seems to have been a major player in the formation of Gilead.

Although Lawrence asserts power over June and appears to agree with Gilead’s ideology, he also demonstrates some regret for how severe the situation has become when he reluctantly agrees to help June and her fellow Handmaids.

The whereabouts of June’s daughter, Hannah (Jordana Blake), is currently unknown, and some fans have suggested she could have easily gotten hands on a map to assist her search.

The fan continued: “Why doesn’t June get a reliable map and figure out what’s completely taken over and what’s not. She doesn’t seem to care about what’s going on in the rest of the US.”

June’s previous household was headed by the cruel Commander Waterford (Joseph Fiennes), who is currently on trial for war crimes in Canada for his complete devotion to Gilead’s regime.

However, June demonstrated she was easily able to manipulate Commander Lawrence and these fans are puzzled why she didn’t think to research as much about the layout of Gilead as possible.

Another fan responded: “It seems like a continuity error, to be honest. The maps are only occasionally glimpsed at. Perhaps it got printed in error, as the ‘New Gilead District’ appears to be more like a state or conglomeration of states.”

While one more fan added: “This map can’t really be accurate either, as it has Chicago as part of Gilead, and it’s on the front lines right now.”

Given maps of Gilead are only very briefly glimpsed, it may be difficult for even a prominent figure like Commander Lawrence to get his hands on a physical copy.

Despite possible explanations for these inconsistencies, some fans still feel frustrated they’ve been kept in the dark when it comes to the show’s dystopian setting.

The Handmaid’s Tale season 3 is available on Hulu.