ITV viewers tune into The Chase in their millions every day and the programme has received had some of its highest-ever viewing figures in recent weeks. Tonight, Bradley Walsh was back with players Tudor, Henry, Mary and Liz and Chaser Darragh Ennis couldn’t help but comment on the historic link between the four players – but the remark left Bradley shocked and led to a funny outburst from the host.

Tonight’s players got off to a good start as Mary gained an impressive £6,000 in her cash-builder.

Speaking to the player beforehand, Bradley had quizzed the contestant on her interests.

And she revealed she had recently got into “cocktail making”, which later was addressed by Darragh when he came out for their head-to-head.

The show’s newest Chaser noted a pattern with the names of those taking part this evening. 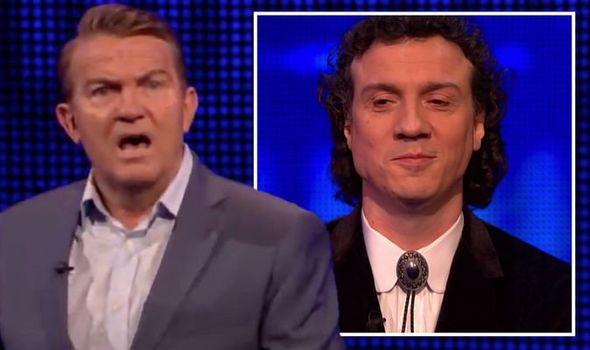 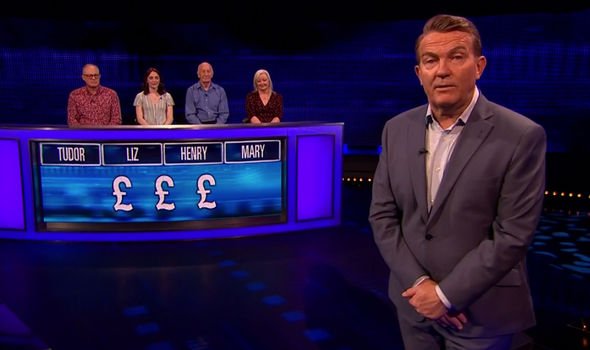 “You really are Bloody Mary,” he told Mary, referring to the popular cocktail.

And Bradley went into a pretend panic after Darragh had exposed the trend in the names.

“I’ve done it again!” Bradley exclaimed as he looked shocked by his co-star’s announcement. 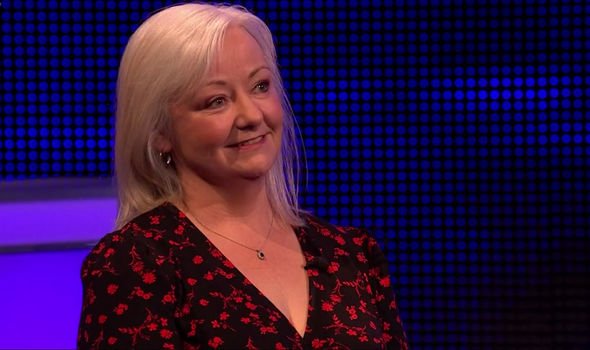 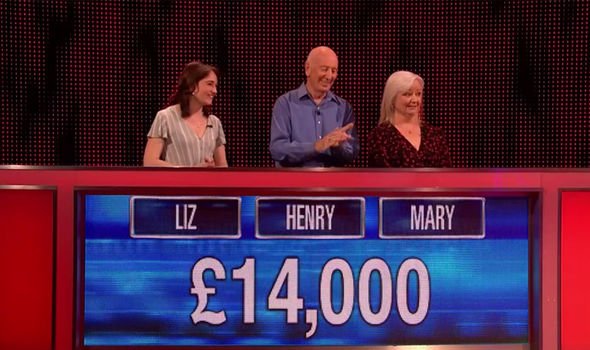 “Tudor, Liz, Henry, Mary – what’s the matter with me? Pay attention!” he added, slamming the podium in front of him.

Turning back to the camera, he remarked: “Isn’t this show a wonderful thing, kids?

“Whilst you’re having your fish fingers, kings and queens of the Tudor era… brilliant, fantastic.”

The head-to-head got underway and Mary managed to make it through after displaying an impressive amount of knowledge.

Twitter was flooded with comments from eagle-eyed viewers who couldn’t help but pick-up on the hilarious coincidence.

One commented: “See what they’ve done with the names!! #TheChase.”

“Oh my God. #TheChase has struck again. I thought we couldn’t top Winston and Churchill,” echoed another.

“Loving the name grouping on #thechase at the mo,” a third weighed in.

Another viewer wrote: “These Producers on #TheChase – A Henry VIII themed episode.”

“On #TheChase today they have a contestant called Tudor. The other three contestants are called Liz, Henry and Mary – the names of four of the five Tudor monarchs,” noted a fifth.

“#TheChase has played an absolute blinder having four contests there called Henry, Mary, Liz and Tudor,” said another.

Unfortunately for the players, Darragh beat them comfortably in the Final Chase with 27 seconds remaining.

The Chase airs weekdays from 5pm on ITV.