Home » TV and Movies » The Cast of ‘Jersey Shore: Family Vacation’ Has No Time for Internet Trolls

The cast of Jersey Shore: Family Vacation has demonstrated there’s nothing that can break the bond they share. The start of a new Jersey Shore season brings the spotlight back to the stars of the show. That means a lot of attention from fans and haters alike.

Jenni “JWoww” Farley and Nicole “Snooki” Polizzi have experienced a lot of trolling recently, but as families are wont to do, the rest of the Jersey Shore cast has rallied in support. After more than 10 years of being in the spotlight, the Jersey Shore cast know how to handle internet trolls. 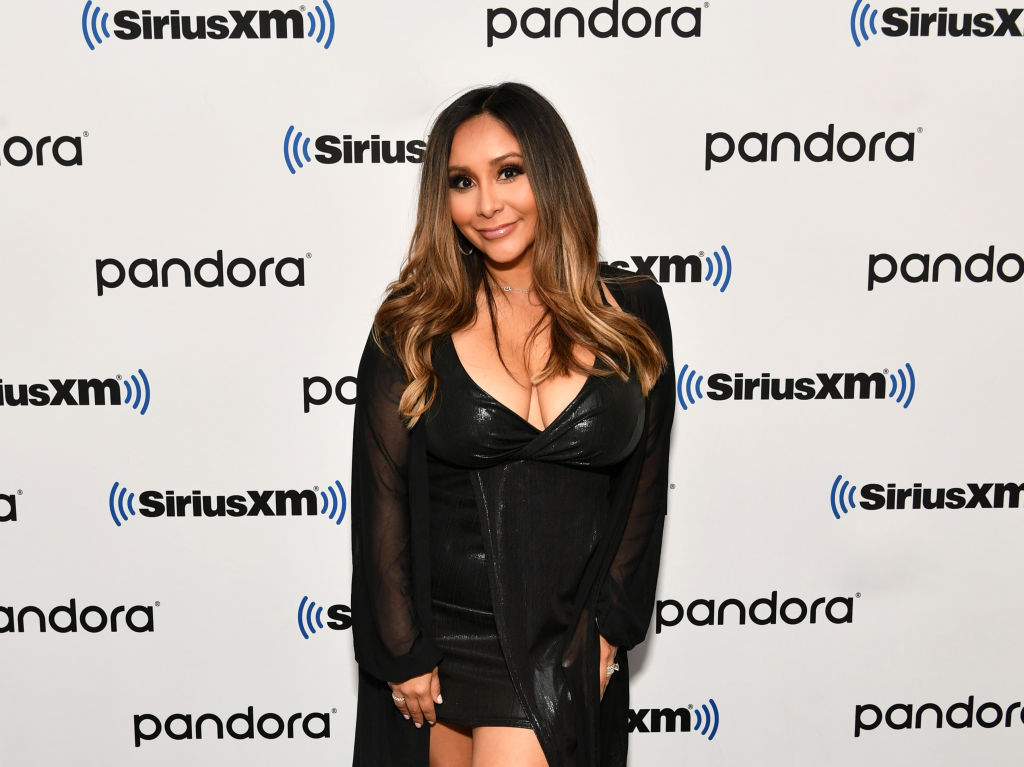 Polizzi has been the cornerstone of Jersey Shore since she entered the shore house exclaiming “Party’s here!” back in 2009. At the end of last year, the 32-year-old mother of three announced the upcoming season of Family Vacation would be her last. Understandably, Polizzi wants to focus on raising her kids.

Polizzi is very active on social media. In between the promotional posts for the show and her boutique, The Snooki Shop, Polizzi shares photos of her children. She recently posted a photo of her two boys, Lorenzo and Angelo. Polizzi captioned the photo “Mawma’s Boys.” A disgruntled fan had something to say about that.

“Mawma” is a popular phrase coined by Polizzi. She uses it affectionally towards friends, other moms, and even her daughter, Giovanna. Polizzi’s use of the word in a caption sparked a hateful comment from a dissatisfied follower, who wrote: “Unfollowing. This mawma word drives me nuts.”

“Snooki” wasted no time, replying back with “Dramatic.” For every internet troll, there are hundreds of supportive fans who have nothing but love for Polizzi. One supporter wrote: “We didn’t need an announcement. Be a lady and leave quietly, mawma!” Another commented, “This isn’t an airport. No need to announce your departure.”

Unfortunatly, this wasn’t the first time Polizzi was trolled in her Instagram comments. And it won’t likely be the last.

Regardless of how many times it happens, Polizzi always seems to take the high road when clapping back at harsh comments. In an interview with In Touch Weekly, Nicole’s roomies praised her actions.

“She does a good job at [not losing her temper],”Vinny Guadagnino explained. He also said she doesn’t let comments like that get her “all worked up.” Mike “The Situation” Sorrentino agreed that “Snooki” was “doing a good job” putting a stop to the hate.

“[Snooki] knows these people are sick people … She doesn’t really care. The kings don’t pay attention to peasants throwing stones at the castle,” Guadagnino added. Sorrentino, the king of positive affirmations, also had this anecdote to share: “A successful man or woman is one that can lay a firm foundation with the bricks that are thrown at them.”

It looks like this season of Family Vacation has plenty of drama in store, so it’s likely this won’t be the last Polizzi hears from the trolls of the internet.