Home » TV and Movies » 'The Bachelor': What Was Victoria F. Holding During Her Fantasy Suite With Peter Weber? Kaitlyn Bristowe Found Out

Peter Weber’s fantasy suites took place last week and, for once, the pilot’s relationship with controversial contestant Victoria Fuller wasn’t the focus of the episode. Last week’s episode mostly revolved around Weber’s date with Madison Prewett, where they discussed an ultimatum she’d given him: sleep with Victoria F. and/or Hannah Ann Sluss and I’m going home. She says she couldn’t wrap her head around getting engaged to someone who’d just had sex with other people a few days prior.

The dinner portion of their fantasy suite date ended in Madison tearfully walking off after Weber begged her to stay.

The previews for next week show Victoria F. and Hannah Ann asking, “Where’s Madison?” So we’ll have to see if she really did go home.

What was Victoria F. holding the morning after her fantasy suite date with Peter Weber?

Bachelor Nation noticed Victoria F. holding onto something the morning after spending the night with Weber. Some people hypothesized she was clutching the wings Weber had originally given Brown, perhaps indicating she had won. 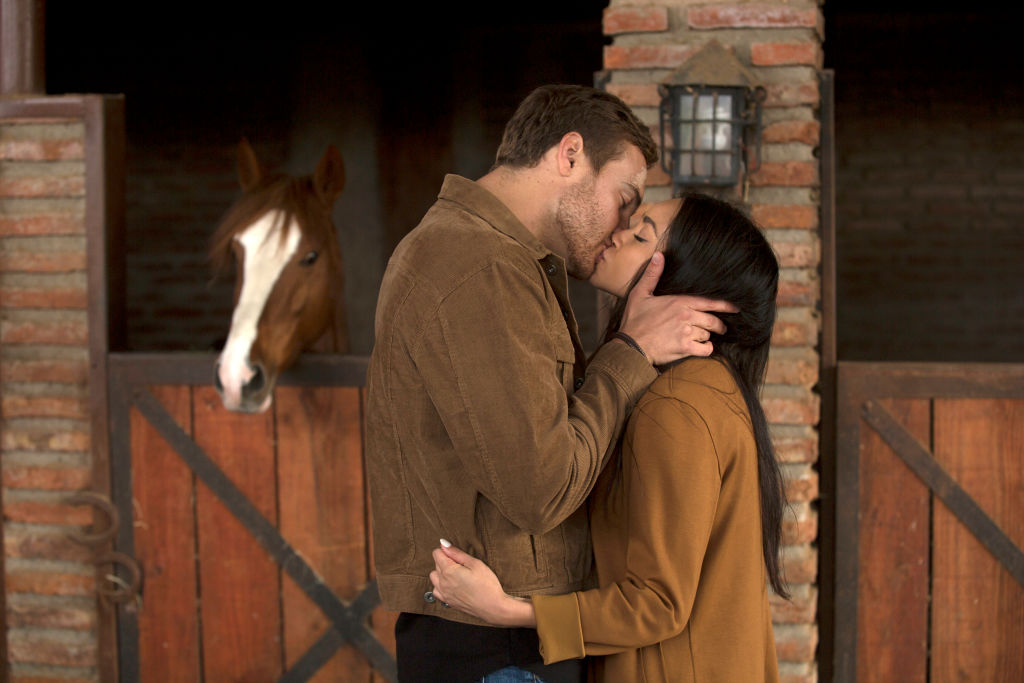 Kaitlyn Bristowe was recently on Strahan, Sara, and Keke to discuss fantasy suites and the former bachelorette said she wasn’t shy about asking Victoria F. what she was holding at that moment.

“I got to the bottom of this one. I went straight to the source. I messaged Victoria, slid into her DMs and I said, ‘What are you holding?’ And she said, ‘My hotel key.’”

So there’s that. Not so juicy after all.

The former bachelorette also weighed in on her thoughts concerning Madison’s fantasy suite. Bristowe says the shot we saw of Madison walking away from Weber probably wasn’t her going home.

“It wasn’t like a, ‘K bye I’m done,’ it was like a, ‘Oh I’m being called by the producer, I’m gonna walk away and it’s going to look dramatic so that we’re all tuning in next week,’” she said.

She also doesn’t think we’re going to find out who Weber sends home in this next ceremony until the finale. Thankfully, we don’t have much longer to wait to find out.

Read more: Fans React to Tyler Cameron’s Acting Debut in ‘Single Parents’–’More Exciting Than This Entire Season of The Bachelor’