Home » TV and Movies » 'The Bachelor': Are Fans Creating the Drama Between Colton and Cassie?

The Bachelor Colton Underwood jumped the fence for Cassie Randolph over one year ago. She self-eliminated because her father did not give his blessing for her to marry Colton. Randolph also wasn’t sure if she was ready for an engagement.

However, Underwood felt such strong feelings for her that he could not continue filming without her. He jumped a fence, and Chris Harrison was left searching for him in the Portuguese countryside. We all know the rest of the story — Cassie gave Colton one more chance, but it turns out it didn’t last. 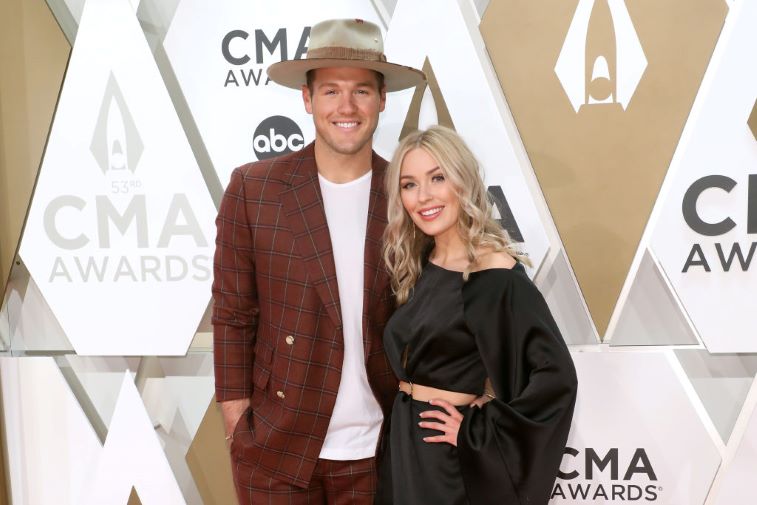 ‘The Bachelor’s Cassie and Colton broke up in May 2020

On May 29, 2020, Underwood announced his split with Randolph on Instagram, after numerous questions from fans. Bachelor Nation was worried about the couple after not seeing any posts of the two together in quite a while.

“Its been a crazy few months, to say the least, Cass and I have been doing a lot of self-reflecting,” Underwood began. “Sometimes, people are just meant to be friends – and that’s OK. We both have grown immensely and been through so much together – so this isn’t the end of our story; it’s the start of a whole new chapter for us.”

Its been a crazy few months to say the least, Cass and I have been doing a lot of self-reflecting. Sometimes people are just meant to be friends – and that’s okay. We both have grown immensely and been through so much together – so this isn’t the end of our story, it’s the start of a whole new chapter for us.

RELATED: ‘Bachelor’ Fans Are Asking Colton Underwood If He and Cassie Randolph Are on a Break Since They’re No Longer Isolating Together

“First off, I want to say this is one of the hardest things I have had to share as neither one of us is quite ready to talk about it yet,” Randolph wrote. “However, because our relationship is such a public one, our silence on the matter has been speaking for us. Colton and I have broken up, but have decided to remain a part of each other’s lives.”

She didn’t end the explanation there. Instead, the 25-year-old from Orange County, California, added that the two would always remain friends.

“With all that we have gone through, we have a special bond that will always be there,” she continued. “I love Colton very much and have an enormous amount of respect for him. We have both learned and grown so much these past couple years, and will always have each other’s back. Always.”

Since the breakup, fans are quick to judge and place blame on one party or the other. Some claim that Randolph never loved Underwood, but stayed because of a sense of obligation to the fans. Others add that she did it for Instagram fame.

Now, Bachelor Nation is speculating that Underwood is the one being petty by cutting Randolph out of a picture he shared to his Instagram story.

Randolph’s sister, Michelle, shared the same photo to her story — of her brother graduating. However, fans believe that Underwood took the picture and purposely cropped Randolph out of it.

Others believe the drama is stemming from ‘The Bachelor’ fans

I just want to take a second and thank this beautiful woman and her family for taking such good care of me. Not only physically, but mentally too (and I’m probably the most high maintenance patient). She’s hardworking, passionate, understanding, kind and has the biggest heart. Her family opened up their doors to us while we were in quarantine and through everything we stuck together. I have made a full recovery from the coronavirus and we managed to keep the entire family healthy as well. I am now working with medical professionals to figure out the best way to support their efforts against the coronavirus. I can’t thank @cassierandolph and the entire Randolph family enough for caring for me while I’m away from my family.

RELATED: ‘Bachelor’ Fans Think Colton Underwood and Madison Prewett Should Get Together After Cassie Randolph Split

“I feel like people are trying to create all this drama between Cassie and Colton when they actually seem to be friendly and mature about it,” wrote one Reddit user. “Imagine if he posted her on his story, and he’d probably get hundreds of ‘OMG, are you and Cassie getting back together?’”

In reality, the couple broke up amicably, and the photo shows how supportive Underwood is of Randolph’s family. The Bachelor hopefuls still think it might mean the two are getting back together. Only time (and Instagram) will tell.