Susanna Reid, 50, made her last appearance on Wednesday’s edition of Good Morning Britain, just hours after it was announced her co-host had stood down from his position after five years. However, when she was absent from the programme on Thursday morning, some fans of the ITV news show took to Twitter to share their woes that the mother-of-three was nowhere to be seen. With so much interest in where the broadcaster was and if she will continue to present the programme in light of Piers Morgan’s, 55, departure, her representatives have now confirmed her position. 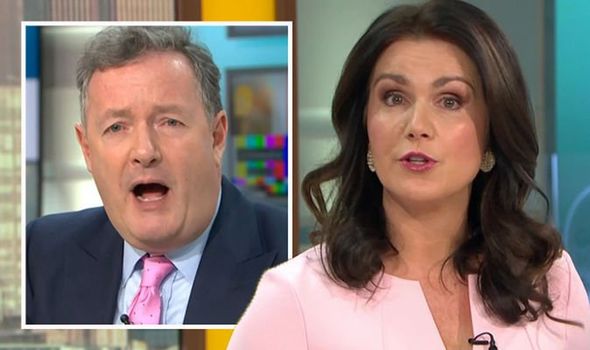 As Kate Garraway, 53, was seen in Susanna’s seat on Thursday, some of the comments on social media included a tweet from one viewer who wrote: “Anyone know where @susannareid100 is this morning? Is she not normally on Thursday?”

Another posted: “I always miss Susanna when she is not on but respect the day off, which she is truly deserving after her co-presenter left the role, they shared for many years, truly understand.”

Speaking to the Daily Star, a spokesperson for the presenter confirmed she wouldn’t be going anywhere in a hurry.

“Susanna often takes Thursdays off and she will continue working has normal,” they told the publication, with the broadcaster expected to be back in the hot seat on Monday.

However, it has not been revealed if Susanna will be getting a new co-host or if the rest of the team will continue in rotation for the time being.