Professor Richard Wilding, journalist Angela Buttolph and Dr Hilary Jones all shared their conflicting views on the issue of stockpiling on today’s Good Morning Britain. Angela confessed she has stocked up on 150 cans of tinned goods, while Richard and Hilary relayed the sentiment that people shouldn’t be panic buying foodstuffs despite fears the coronavirus outbreak will escalate. However, Susanna Reid insisted that stockpiling is “sensible” and dismissed claims the practice is selfish.

Susanna and Ben Shephard chaired a debate on “Is stockpiling selfish?” following reports that people across the world are stocking up on necessities due to the coronavirus outbreak.

Richard, who specialise in supply chain management, urged viewers not to stockpile while reiterating that more vulnerable people could be left in a dangerous position.

“What we’re seeing is everyone is taking goods off the selves and people who really need certain items can’t get hold of them that’s the problem,” he explained.

However, Angela argued that as someone with asthma she falls into the vulnerable category and is putting her family’s best interests first. 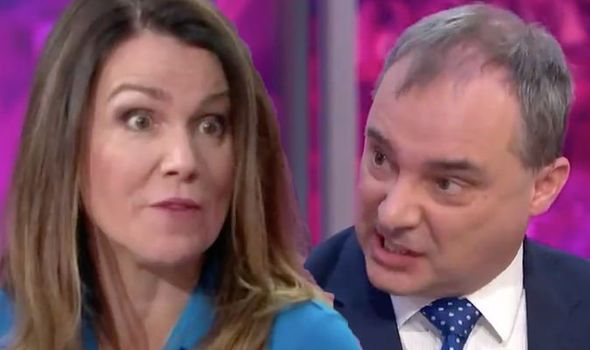 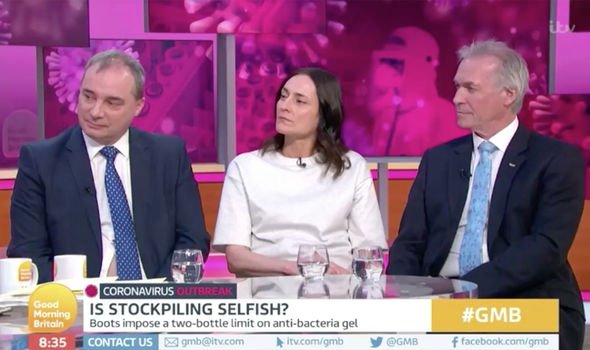 The journalist explained that she ordered a month’s supply of items from her supermarket over fears the government won’t be able to manage the crisis effectively.

“You didn’t order 150 cans in one go?” a shocked Susanna asked to which Angela denied she was “extreme stockpiling”.

Richard urged Angela to check everything she has bought to make sure none of it goes to waste and asked her to take anything she doesn’t need to a food bank.

“Is Angela being sensible or can it have a knock on effect on others, you say it’s up to the supermarkets to control supply, it’s up the department of health to make sure we have enough inhalers, for instance,” Susanna asked. 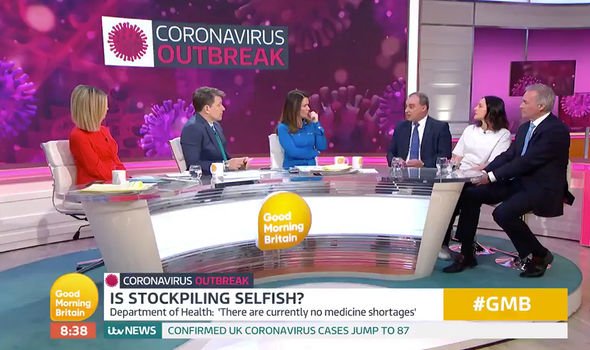 Hilary answered: “In normal circumstances we say always have a spare inhaler and inhalers are not in short supply.”

Susanna then quizzed Hilary on his advice not to stockpile and noted that people are being told to self-isolate for 14 days if they suspect they may have the virus.

She explained it’s been predicted that 80% of the UK population could contract the virus and asked if it’s not “sensible” to prepare for this eventuality.

The GMB host turned to Hilary and remarked: “If for instance someone has to self-isolate, isn’t it actually sensible to stockpile?”

She continued: “Dr Hilary, Angela’s point is, it’s not that they’ll be nothing to go back out to.

“Its that if we are trying to make sensible preparations for a period of time where we’re ill or off work or we’re self-isolating because we’re afraid we might be ill.

Hilary explained: “We’ve heard that there are contingency plans that supermarkets are putting in place and the supply chain generally.

“I trust medicines to be able to get into this country in adequate amounts.”

Interjecting, Susanna said: “Even though India has put a stop on certain medicines being exported.”

“But, we have the capability of producing our own to some extent and we will have all the things that are life saving available for public. I don’t have any doubts about that.”