The actors announced the pregnancy news on social media on Wednesday. 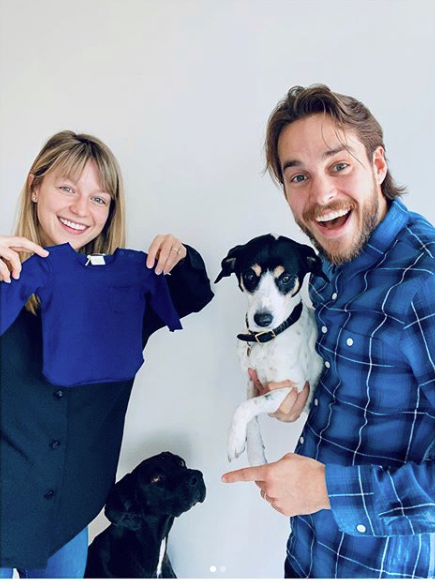 They posed for two photos, with the first one featuring the duo with their dogs and some baby clothes and the other a joke picture in black and white featuring Melissa caressing Chris’ fake baby bump.

Melissa wrote alongside the photos: “A non-canine child is coming to our family very soon!!!

“@christophrwood has always been an old dad by nature but now he’s going to be a real one.”

Chris shared the same photos on his own Instagram, captioning them: “The photo is a joke but the news is real…!!” 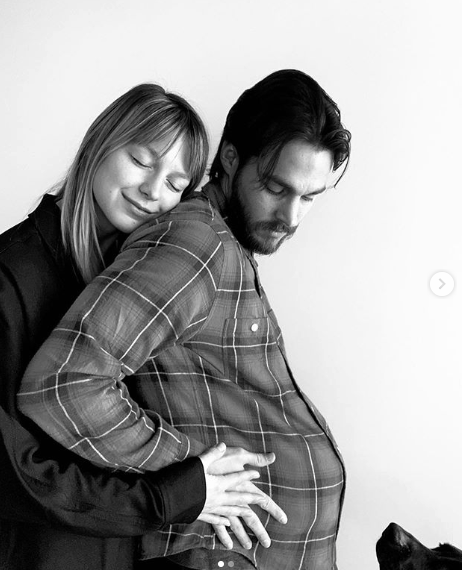 The super-powered couple met on the set of The CW’s Supergirl, on which Melissa stars as the titular character and Chris as Mon-El.

They announced their engagement in February 2019, before getting married a few months later in September.

A source told E! Online of the ceremony: "It was a beautiful setting for a wedding very peaceful and quiet.

“The vows were brief and lasted about 15 minutes. There was lots of cheering and applause as it ended."

The insider continued: “There were lots of glowing candles and lights strung above.

"The food was served family style and everyone passed the dishes back and forth."

A month after the wedding, Melissa shared a sweet photo from the big day, writing: “I’m always going to remember looking at you every five minutes on this day knowing both of us were thinking ‘how in the world did we get so lucky?’

“I still don’t understand how, but you prove to me every day that I’m one of the damn luckiest out there.”