The Succession Season 3 finale was a doozy even by Succession standards. Siblings Kendall Roy (Jeremy Strong), Shiv Roy (Sarah Snook), and Roman Roy (Kieran Culkin) thought they had a plan to overthrow their father, Logan Roy (Brian Cox), after their mother, Caroline (Harriet Walter) remarried. Things did not turn out as planned, and a last minute change made their defeat even more brutal.

[Warning: This article contains spoilers for the Succession Season 3 finale.] 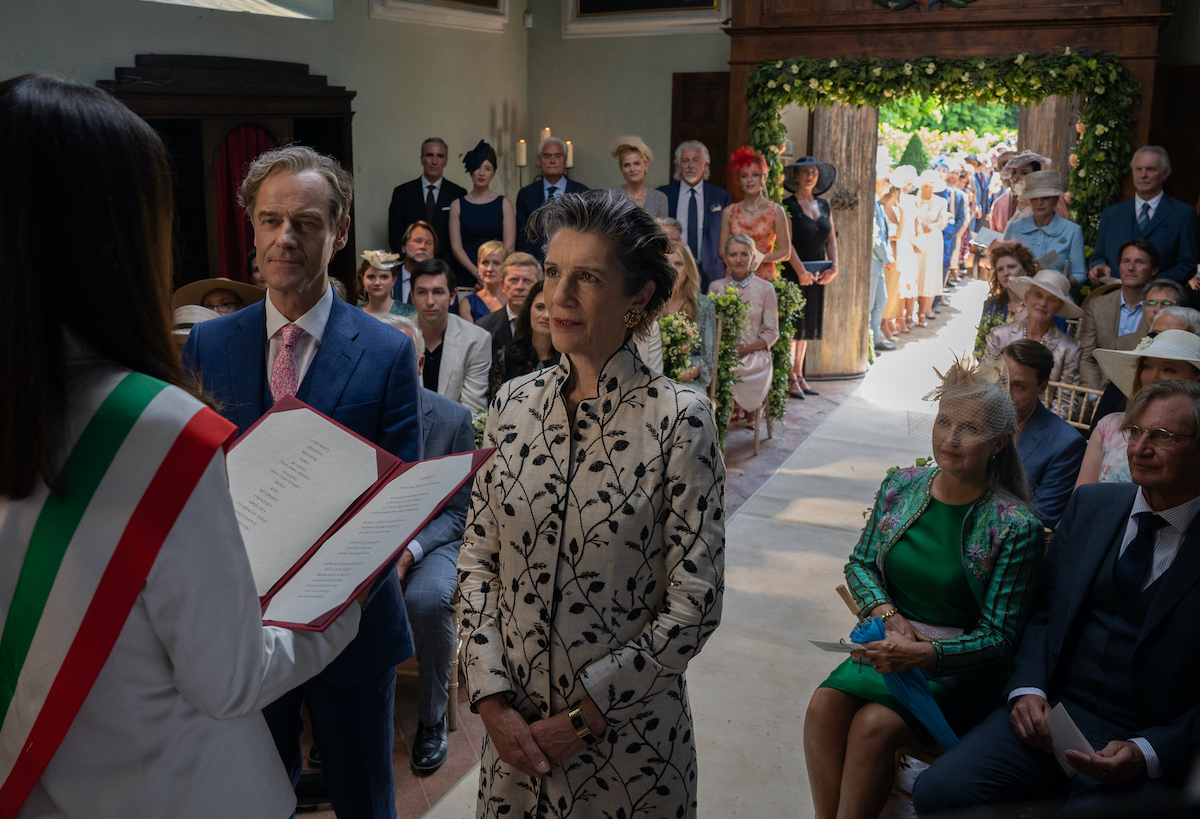 Succession creator Jesse Armstrong and executive producer Frank Rich appeared on the Succession podcast on Dec. 12 after the Succession Season 3 finale aired. Rich explained how a subtle change made Caroline’s actions even crueler. Seasons 1-3 are now streaming on HBO Max.

When the siblings confront Logan with their plan to use their shares in Waystar Royco against him, they learn the news that they no longer have the majority stake. Caroline is on speakerphone informing them she changed their assets in the divorce settlement. Rich said the Succession Season 3 finale originally had Caroline in the room.

“One small example that to me I find very powerful in watching the scene over and over again involves Caroline in the last scene,” Rich said on the Succession podcast.  “Originally, until quite late in the process, several days before we shot it, Caroline was going to be physically in the room f***ing them over. Instead, it became an iPhone call.”

The reason the ‘Succession’ Season 3 finale was so brutal

Removing Caroline from the room didn’t change anything that happened in the Succession Season 3 finale. However, putting her on speakerphone drove home how impersonal the family business was.

“It’s the same action, it’s the same story but dramatically and emotionally it plays in a much different, and in my view, sinister way,” Rich said. “I was in the room when we discussed it.  There was much talk about how to stage it. When he’s revealed as the new power if you will, who’s there? Where does it happen in the scene? Who else is in the room? A lot of what happened around it hadn’t been choreographed yet but we knew he’d sort of be the last man standing among the siblings.”

Jesse Armstrong empathizes with the siblings

Armstrong said he could empathize with Kendall, Shiv and Roman. They thought they’d outsmarted Logan, but they found out he was still one step ahead.

I don’t look down on anyone in the group. I feel like there but for the grace of God go I about almost all of them. They’re rich kids and they’ve had a very easy path. I don’t think that means they’re incapable of becoming something else or using their intellects which they have, but they have certain material advantages and they have a bunch of situational disadvantages as well too. Even though it’s somewhat ludicrous to feel that about them, but they do. That’s certainly one thing their dad can’t help but noticing.