Strictly Come Dancing will be back on screens this September with a brand new series as 15 new celebrities sign up to take part. However, one person not taking part will be professional dancer Kevin Clifton after he has quit the show following seven years.

A statement released by the BBC read: “Kevin has been such a brilliant part of Strictly for the past seven years.
“From reaching the final an impressive five times, to lifting the Glitterball with Stacey Dooley in 2018, he has provided the show with some fantastic moments, through his exceptional talent as a dancer and choreographer.
“He will be hugely missed by fans and by his Strictly family. He will always be our Kevin from Grimsby.”

Kevin also addressed his 250,000 fans directly on Twitter with his own statement and said: “The past 7 years have been some of the most wonderful years of my life.

“I am grateful to the BBC and Strictly Come Dancing for giving me the opportunity to have been a part of something truly special. 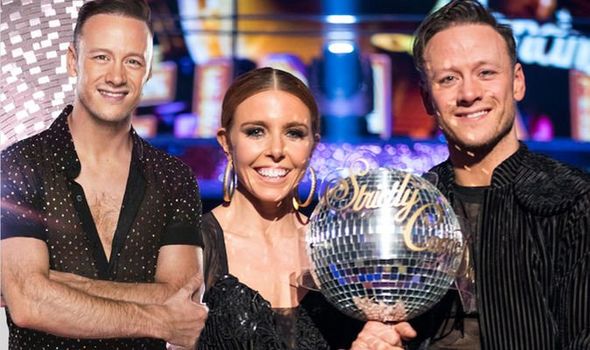 “Since first being called ‘Kevin From Grimsby’ by Sir Bruce Forsyth in 2013 I have experienced the highs of 5 finals, winning a Guinness World record on It Takes Two, the Strictly Arena tour glitter ball and then the ultimate of winning the 2018 series with Stacey Dooley.

“After finishing the last series with the Children in Need trophy and the Christmas Special I want to leave on a high and have therefore decided that the time has come to move on and focus on other areas of my life and career.

“I want to thank all of the pros for inspiring me every day as well as all of my celebrity partners.

“The whole team behind the scenes have always made the Strictly family what it is and the loveliest show to work for.

“Thank you to anyone who had ever voted for me and my partners. It means the world.  And a special thank you to Jason Gilkison for always believing me,” he continued.

“To me Strictly always has been and always will be the best show on TV and has been an absolute dream and honour to be a part of.

“Pre 2013 I used to watch every week. Now I look forward to returning to being a fan and cheering on my friends who keep dancing. Kevin Clifton,” he signed off.

The Latin and Ballroom dancer first joined the coveted BBC dancing series back in 2013 when he was partnered with Good Morning Britain presenter Susanna Reid, together they placed second, a stellar achievement for his very first time.

Following that, he was teamed up with The Saturday’s singer Frankie Bridge and continued his success with second place.

For the 13th series of the dance show, Kevin performed with EastEnders star Kellie Bright, and again, stuck to 2nd place.

Louise Redknapp was then lucky enough to get partnered with Kevin and together they made it to the final, but once more, never lifting the actual trophy.

For the 15th series, his success took a dive and he and Susan Calman placed 7th that year.

However, it was the calm before the storm as in 2018, he and BBC TV presenter Stacey Dooley lifted the Glitterball Trophy and were crowned winners.

Fans replied to his news, one said: “You will certainly be missed Kevin, but how exciting to be moving on to new projects. Keep dancing.”

“Gutted you are leaving but good luck to whatever you do in the future!” Another added.

An alternative tweet read: “Such sad news to hear that you, so sad to hear that you are leaving the show. You are my favourite pro dancer and you are also one of the reasons I watch Strictly every year.”