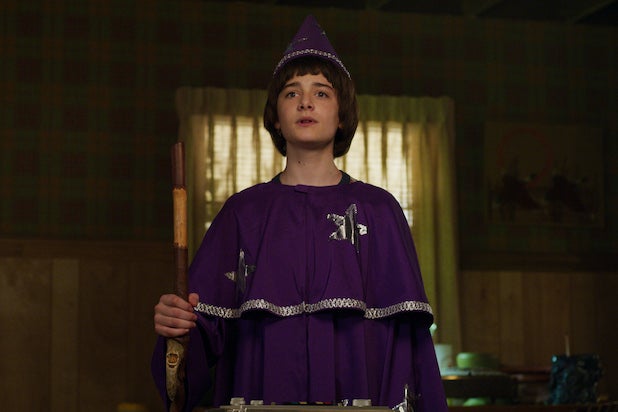 Netflix is serving up new “Stranger Things” content this week, and though it’s not Season 4, it’s maybe the next best thing: a recorded session of “Dungeons & Dragons” — a tabletop role-playing game pivotal to the Duffer Bros’ sci-fi series — played by some of your favorite cast members themselves.

The “Stranger Things” cast’s “D&D” game will be available to watch on the Netflix series’ YouTube channel Friday at 10 a.m. PT. But if you can’t wait until then, the trailer for the special session, which you can view below, might give you enough fun footage to tide you over.

The “D&D” session was shot using SOLO Cinebot, a robotic camera that allowed Wizards of the Coast to film the game at cinematic quality using a fully remote team.

“The most astounding feedback we’ve been receiving from our systems is how it’s elevated a lot of traditional productions, instead of simply filling in the gaps of what was lost from COVID,” Josh Shadid, co-founder of SOLO Cinebot, said. “For example, we’ve been told the celebrity and athlete interviews filmed on SOLO have been much more genuine and intimate than what they often get on traditional sets. Instead of asking talent to travel halfway across the world to sit in for an interview, surrounded by a crew in a studio — our talent is alone in their living room, comfortable, with nowhere to rush off to, free of potential prying eyes and ears and giving a more relaxed, honest performance.”

After coronavirus-related delays, production on “Stranger Things 4” resumed in October. No premiere date has been set for the Duffer Brothers-created show’s fourth season, but we do know that when it arrives, it’s going to include some new faces. Learn more about that here.