Home » TV and Movies » Spoilers: Will Faith risk a new relationship with Iain in Casualty? 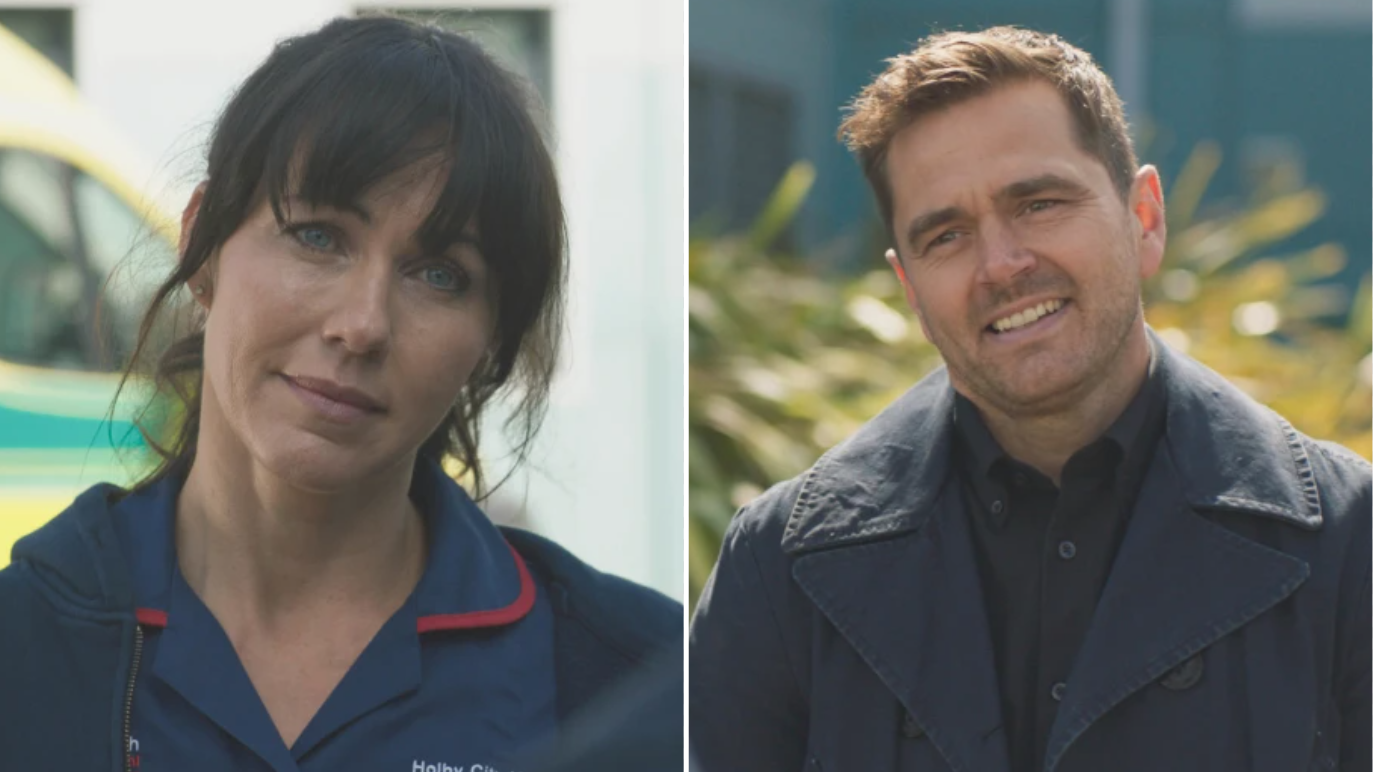 We’ve previously seen an attraction between the couple, but we also know that Faith has been hurt many times before. Her marriage to Lev (Uriel Emil) fell apart when she discovered that Lev had cheated on her with another man, and that he was struggling to face up to the fact that he was gay. Despite this, a real bond of love existed between the two, so Faith was shattered when Lev died in an accident.

She’d been having a serious flirtation with Dylan (William Beck) at the time, but despite them briefly getting together, Faith couldn’t cope with him hiding the truth about his alcoholism. Then an attempt to get back on the dating scene ended badly when Faith found herself in a terrifying situation with a man she met in a club.

There’s no chance of being in a dangerous situation with Iain, of course, because he’s kind and caring and is the shoulder everyone wants to cry on. But he’s also had romance difficulties himself, most recently when a relationship with fellow paramedic Chrissie (Lauren Crace) ended when Chrissie couldn’t handle his willingness to throw himself into dangerous situations.

So it’s risky for Iain to take a chance on love again, but he asks Faith out for a drink and later upgrades it to a meal. It’s a proper date! ‘It’s not fancy,’ though, according to Iain.

But when former patient Elsie Clegg (Amanda Barrie) returns to the ED, Faith finds herself with a worrying situation to deal with and her priorities shift. Has she lost her chance of happiness with Iain?

Elsewhere, Stevie (Elinor Lawless) returns to work far too soon after being horrifically attacked. She’s trying to keep up her usual tough front, and this means that she’s more than usually harsh in her mentoring style with Paige (Shalisha James-Davis) – leading to a massive mistake.

It takes a lot of willpower to be mindful when you have to deal with a man dressed as a chicken who has an egg stuck up his bum – no wonder poor Jan is struggling.