Home » TV and Movies » Spoilers: Wedding drama for Sally and Abi in Corrie 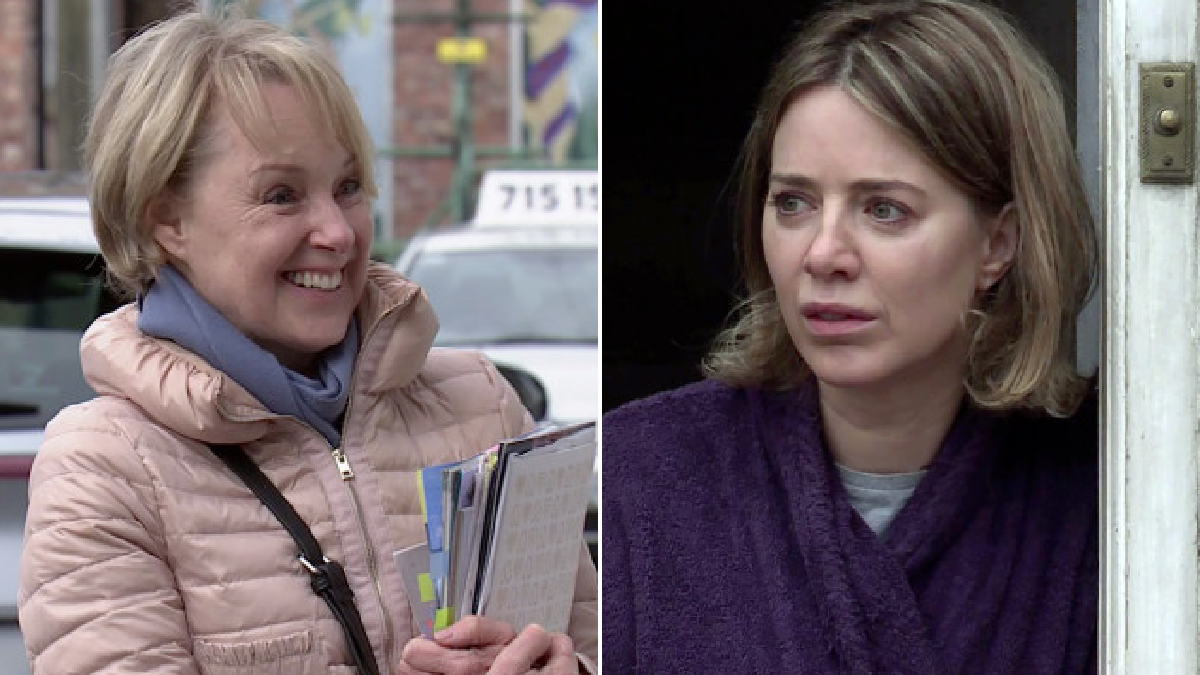 Abi Franklin (Sally Carman) in Coronation Street was over the moon when Kevin Webster (Michael Le Vell) agreed to marry her recently.

After Abi discovered Kevin and Debbie (Sue Devaney) locked in the bistro fridge, they were sent to hospital and, after Kevin’s near death experience, Abi decided to propose.

As the wedding preparations get underway, Sally (Sally Dynevor) and Abi’s friendship is tested as, getting ahead of herself, Sally decides to interfere.

Sally insists on helping Abi plan her wedding and appoints herself as Maid of Honour.

Abi plucks up the courage and tells Sally she doesn’t want a big fancy wedding but she’d be honoured if Sally would conduct a ceremony.

Later, Debbie invites Abi and Sally to the bistro where she’s provided drinks and a selection of wedding dresses to try.

As Abi reluctantly tries on the dresses, will the wedding turn out to be what she wants?

Or what an interfering Sally and Debbie want?