Home » TV and Movies » Spoilers: Pregnant Linda terrified her marriage to Mick will end in EastEnders 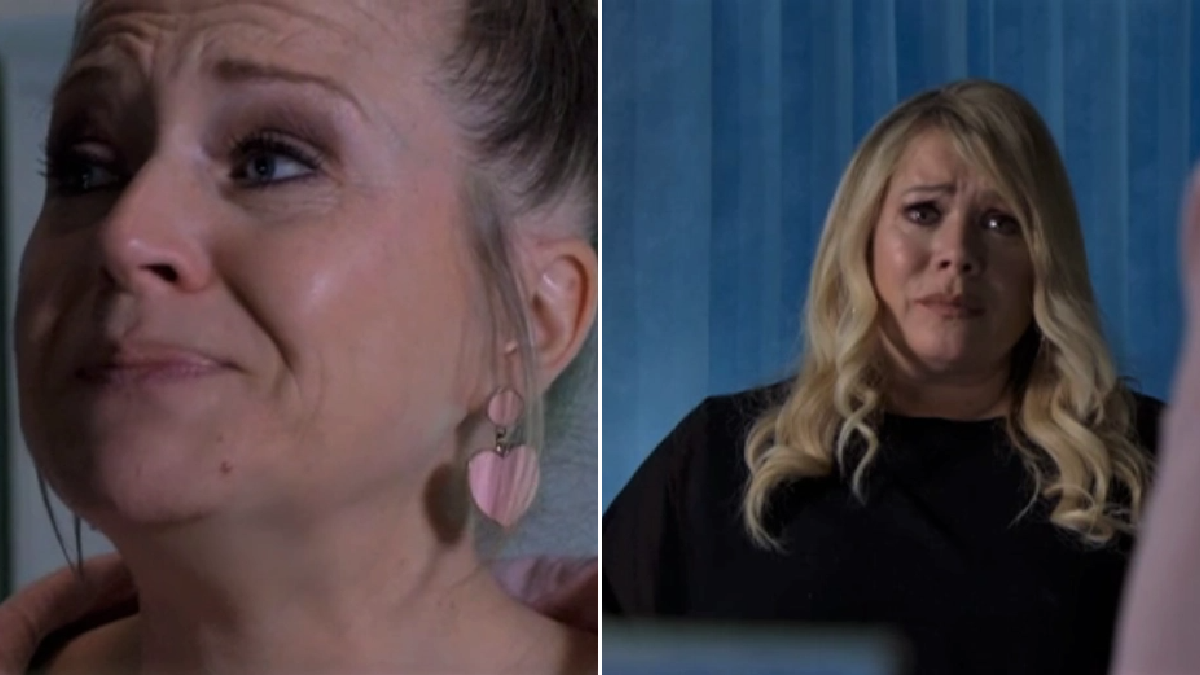 Linda Carter (Kellie Bright) pushed herself too far in last night’s (May 31) edition of EastEnders and collapsed in the gym.

Wanting to make amends with Nancy (Maddy Hill), Linda agreed to a one-to-one training session, but as she continued to hide her pregnancy, Linda passed out.

As we opened the episode tonight, Linda was clearly terrified and had no choice but to tell Sharon (Letitia Dean) about her pregnancy, adding the bombshell that she’s yet to tell Nancy.

Worried she had lost the baby, Linda was taken to hospital but fortunately, she was told the baby was fine.

Linda used this as an opportunity to tell Sharon that Mick (Danny Dyer) isn’t the baby’s father and as Linda opened up to her friend, Sharon realised just how much she was struggling with the fact that she’s carrying a different man’s baby.

Linda told Sharon that she was terrified about what Mick really thinks.

She feared that if Mick would never accept the fact that Max (Jake Wood) is the father of the unborn baby, their marriage wouldn’t survive.

They’ve been tested multiple times in the past, but can Mick and Linda get through this?

Or could it really be the end of Mick and Linda’s marriage?