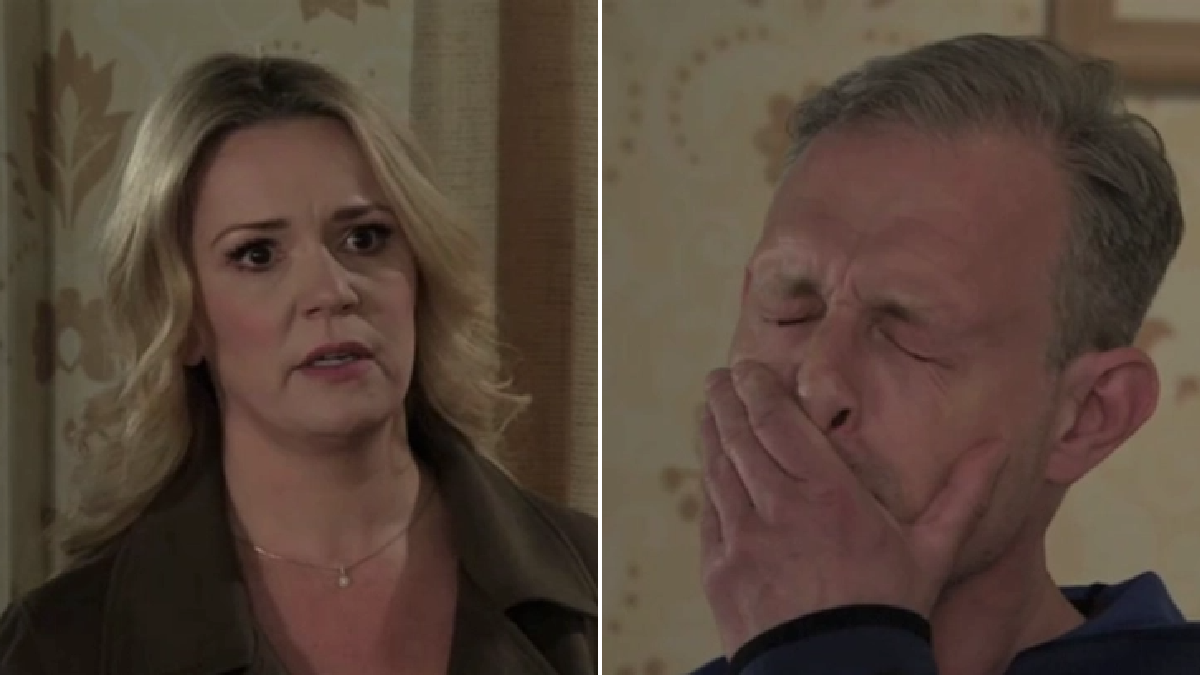 Thankfully, Sam was found, but after Natasha (Rachel Leskovac) and Nick left the hospital believing Harvey’s (Will Mellor) gang wasn’t involved, Nick was terrified when the same person who kidnapped Sam threatened him.

We joined Nick after a sleepless night on the sofa and he decided to tell Shona (Julia Goulding) and David (Jack P Shepherd) about the threat, and the fact that Sam could still be in danger.

After Leanne (Jane Danson) made a surprising return, Imran (Charlie De Melo) told them both that even if their statements were altered or withdrawn, Leanne and Simon (Alex Bain) could still face prison.

Meanwhile, thinking she was helping, Shona decided to tell Natasha the full truth about Sam’s kidnap.

Natasha confronted Nick and Leanne, saying she was prepared to go to the police and have Sam’s kidnapper locked up if no-one else was going to report him.

Natasha made her way over to the police station only to be stopped by a guilty Shona, full of regret after making the situation even worse.

‘This is a nightmare’ Nick said in tonight’s episode and as he continued to live the nightmare, Natasha returned and broke Nick’s heart.

Natasha told Nick that when he would eventually return from hiding, he shouldn’t expect to see Sam.

‘You’re not good for him’ she told Nick, which left him devastated.

But what now for Nick?

It’s safe to say this character is struggling to cope with the continuous pressure, how will he fare now Natasha has announced he cannot see Sam again?