Home » TV and Movies » Spoilers: Kim kills Jamie after poisoning him as revenge in Emmerdale? 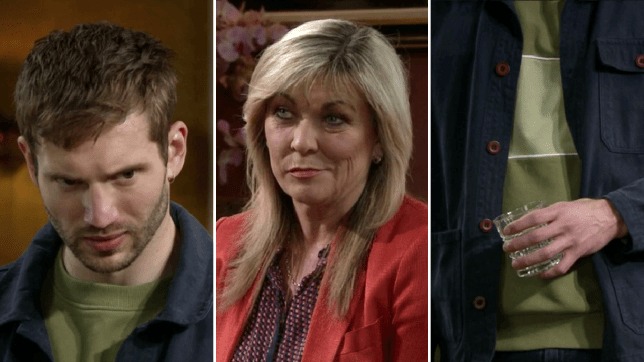 If there’s one thing we’ve learnt this week, it’s that no-one messes with Kim Tate (Claire King) and gets away with it in Emmerdale.

Wednesday’s (June 23) episode of the ITV soap saw Kim fake her own death in order to plan revenge against Jamie (Alexander Lincoln), who has been poisoning his mother for months.

However, in the first half of tonight’s double episode, Jamie got the shock of his life as Kim returned from the dead.

Dawn (Olivia Bromley), terrified her dad was going to face years behind bars, was taken aback when Will (Dean Andrews) returned and announced he hadn’t just spent the evening in prison.

Will told his daughter the whole truth, including Jamie being the poisoner, and being in on Kim’s plan to fake her death.

Back at Home Farm, devastated Jamie entered, still overcome with shock that his mum had died.

But when Jamie’s back was turned, Kim took that as a perfect opportunity to sneak up on him and reveal that she was very much alive.

After a confrontation that saw Jamie admit to Kim that he never felt love from her, and the vulnerability she showed when being drugged made Jamie feel needed, terror washed over him when Kim said her revenge is all about an ‘eye for an eye’.

The penny dropped for Jamie as Kim said she’s used ‘something far more effective’ to get her revenge, just as he finished swigging some potentially poisoned brandy.

But is Kim really planning on killing her own son?

Or is it all part of her plan to scare him?

See what happens next when Emmerdale returns at 8pm.