Home » Spoilers: Jamie's sickening plan to get Gabby on side revealed in Emmerdale 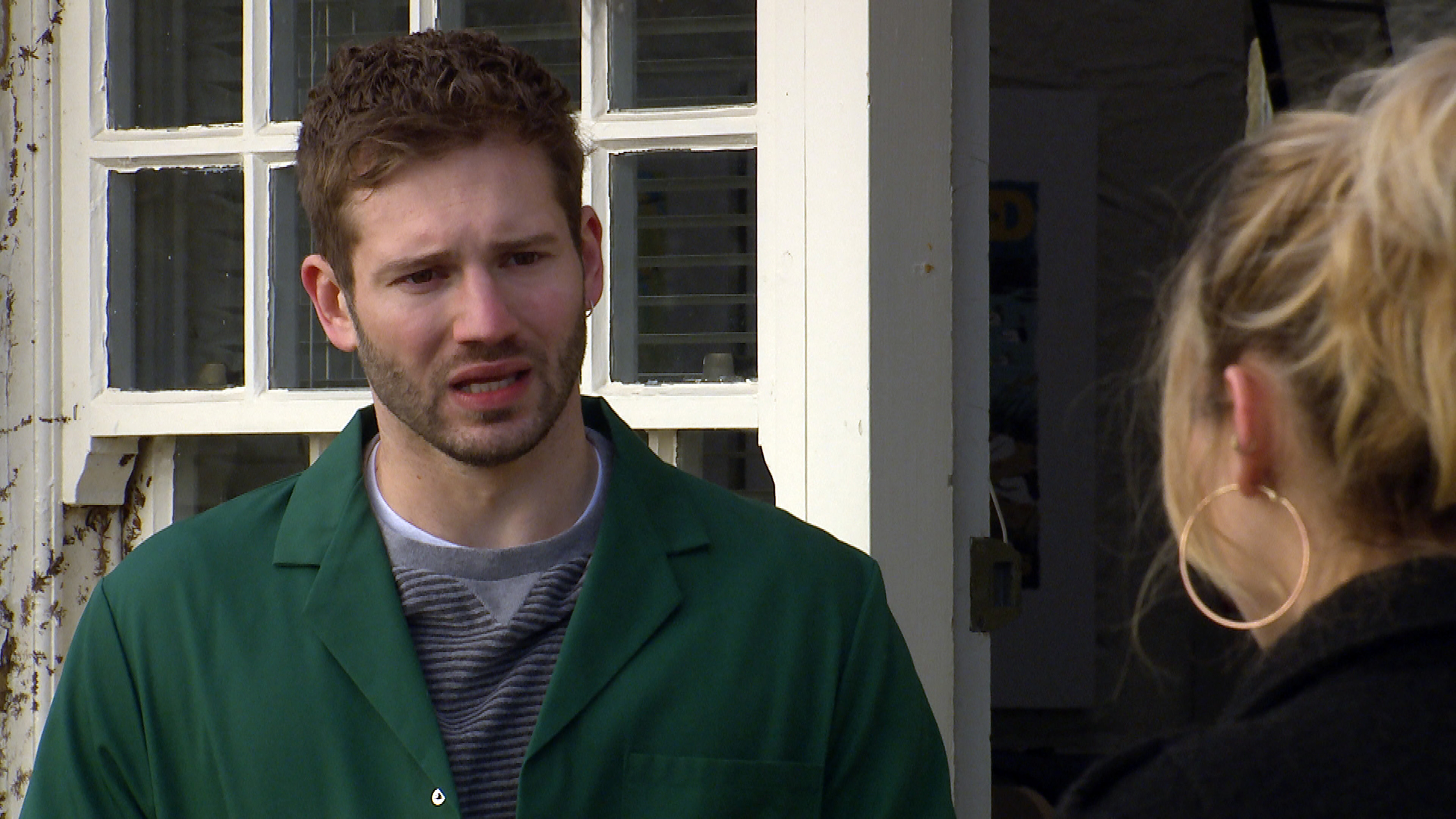 Jamie Tate (Alexander Lincoln) isn’t exactly living up to expectations of a Tate in Emmerdale. Kim (Claire King) has already said that Mackenzie Boyd (Lawrence Robb) does a far better job at doing jobs for her than Jamie, but will that all change when he hatches a sickening plan?

When Laurel (Charlotte Bellamy) meets Gabby (Rosie Bentham) in the Woolpack, Laurel struggles to bite her tongue as Gabby dismisses her warnings about Kim. Encouraged by Mackenzie’s plan, Jamie intervenes, apologising to Gabby for his behaviour and asks her out to dinner.

Laurel is concerned, not falling for the act, but Gabby is elated.

After Dawn (Olivia Bromley) discovers Gabby is pregnant, she confronts Jamie about it.

Later, finding Jamie drowning his sorrows in the pub, a scheming Mack has a suggestion to resolve his problems.

As Mack reveals his plan, Jamie is sickened by the idea, but aware of it’s benefits, Jamie wonders if he can really go through with such a plan…

It’s an idea dark enough for a Tate, but will Jamie agree to put the plan into place?