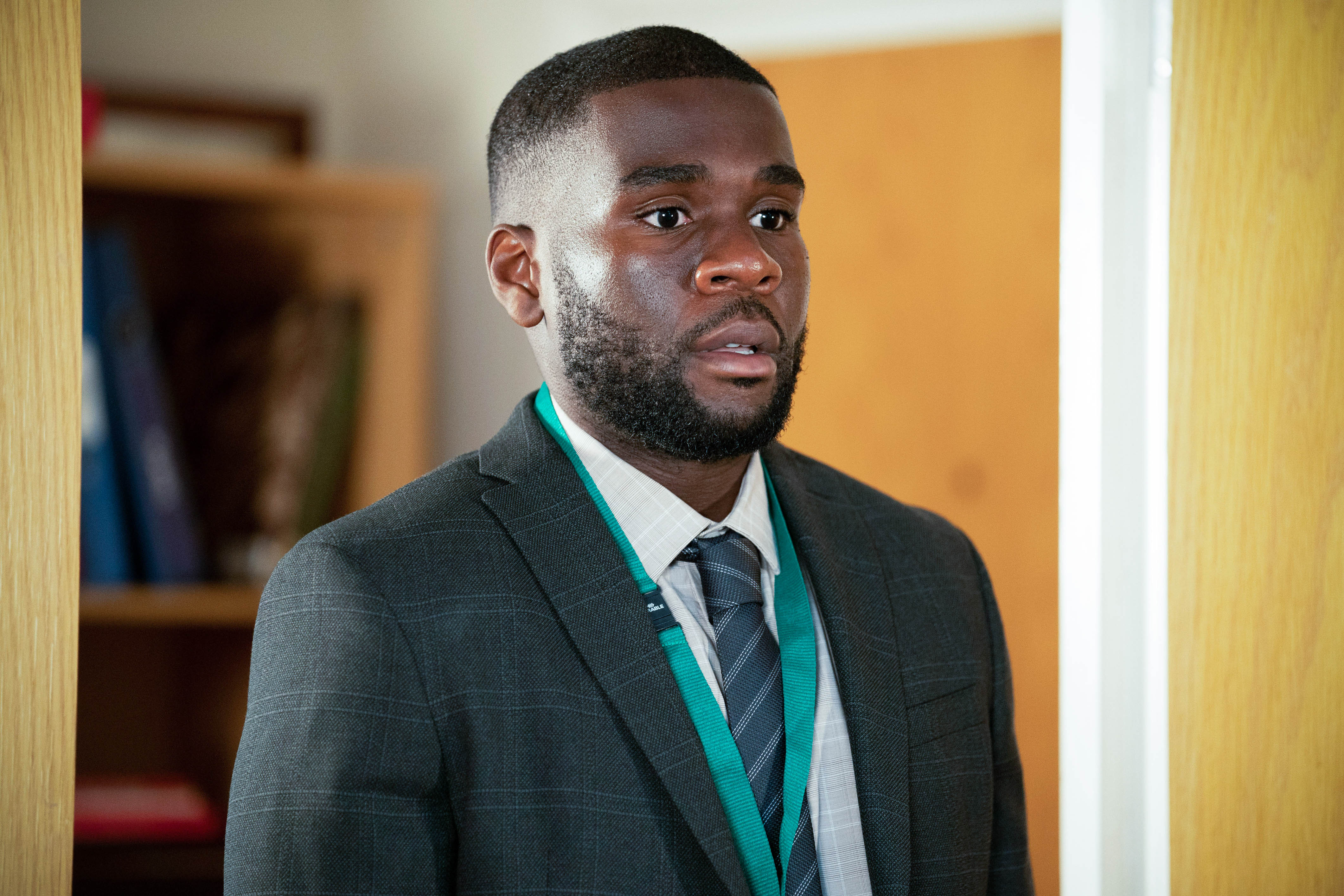 Isaac Baptiste (Stevie Basula) is seemingly battling a secret illness in EastEnders, after a cryptic scene recently suggested such a thing, and next week the truth about said illness could be revealed.

Kim Fox (Tameka Empson) takes it upon herself to find Isaac a soulmate, and when Whitney Dean (Shona McGarty) passes on the offer, she turns to another prospective love match — one who also resides in Walford.

Sparks fly, and things go rather smoothly — that is, until a misunderstanding cuts the evening short.

Meanwhile, Sheree Trueman (Suzette Llewellyn) is less than pleased when she discovers that Kim has set Isaac up on a date, and the young man himself soon arrives home — evidently upset.

However, Kim explains the situation to him, making it clear that she didn’t pay Lola to date him.

Isaac is left feeling foolish that he got the wrong end of the stick, and therefore tracks Lola down, before revealing that he’d like to try again.

Little does he know that Sheree is watching from afar, and she’s not pleased.

With Isaac planning on surprising Lola, Sheree meddles — desperate to disrupt the young man’s plans. She demands that he take Patrick (Rudolph Walker) out for the day, and he ultimately does just that.

At The Queen Vic, Isaac is sympathetic towards Patrick regarding him having to take medication, but when Sheree arrives, Patrick puts two and two together and realises he’s being babysat.

Sheree interferes once more, as she tells Isaac that a serious relationship simply isn’t right for him.

Such a comment pushes Isaac further away, but Sheree is not done just yet, as she intercepts Lola, and demands that she leave her son alone!

Isaac is left upset when he discovers that Lola isn’t returning his calls, but a conversation with Patrick makes him realise that Sheree has been meddling in his personal life.

He confronts his mum, and tells her that he’s ready to tell people the truth now.

The question is: the truth about what?

Sheree explains that everyone will run a mile as soon as they find out.

What is it that they’re hiding? What’s more, is it related to Isaac’s health issues that were hinted at last month?

Following Patrick’s stroke, Isaac praised his mum for stepping up to support her husband, while seemingly revealing his fears that he fears no-one will ‘look past’ his health issues.

‘Not everyone gets a second chance at finding love,’ said Isaac, during the episode which transmitted on January 14. ‘I mean you can look past Patrick’s health issues… but who’s going to look past mine?’