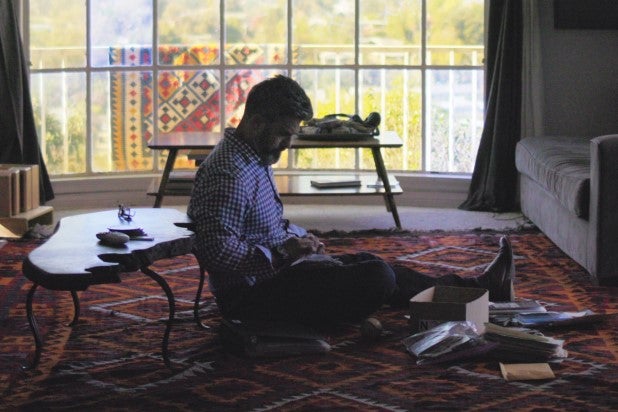 Francisco “Franky” Carrillo spent 20 years in prison for a murder that he didn’t commit. His story is one of eight told in Netflix’s upcoming documentary series “The Innocence Files,” which debuts April 15. Carillo knows far too well what living in isolation feels like. He shares his insights below.

Ten years ago, from my prison cell, I never could have fathomed that there would be a television series highlighting the stories of wrongfully convicted men and their eventual exonerations. I certainly could not have foreseen that my story would be featured in Netflix’s “The Innocence Files.” What’s more, that I would be so blessed to take it all in from the comfort of my living room, bolstered by my wife, three children, and two dogs.

The irony of watching these stories of hard-fought freedom during a shelter-in-place order does not escape me. My story is about a wrong being made right. I hope it provides introspection and inspiration for those who will be watching.

When I was 16 years old, I was wrongfully accused of a drive-by murder I had nothing to do with. An eyewitness described the shooter as a male Hispanic with a light mustache. Seven hours later, one of the witnesses picked me out of a photo lineup. At that moment, the investigation ended, the Los Angeles Sheriff’s Department sought an arrest warrant and my life would be altered forever. I was tried as an adult and the jury returned with a guilty verdict. I was sentenced to thirty years to life, plus an additional life sentence. And the expectation from everyone in the courtroom was that I would never be heard from again.

During the early years, I didn’t have much time to devote to the pursuit of justice; I was too busy acclimating to a new world, governed by different rules and norms. It was like I was back in high school: I got a job, made friends, and even prospered. Years went by and I realized that I had gotten too comfortable.

The self-isolation mandates as a result of the coronavirus may be a new experience for most, but not for me. My wife recently commented that she was surprised to see that I had so effortlessly acclimated to halting my freedom of movement, one which I had grown so accustomed to. She’s right. I reflected on that and noticed that unconsciously, I had recreated my prison routine formula of “body, mind, and soul.”

While in prison, this balanced lifestyle kept me focused. Now that we’re following orders and sheltering-in-place, I am doing what I know how to do, and that is survive. Besides spending time with my family, I continue working out, meditating, practicing Tai Chi, reading, watching television, and working on my memoir.

For those who compare sheltering-in-place to being in prison, I suggest they think about what’s going to happen when their door opens and they are free. At some point, we will be notified to resume a “normal program,” a term used in prison after an alarm has been cleared. Obvious excitement will overtake everyone during the transition. But, people should take it slow and view this life-threatening experience as a new beginning — an opportunity to revisit dreams and focus on what’s important.

My goal in prison was to stand up for myself and the truth. After fifteen years of pursuing that dream, I found help. Toni Carter, Ellen Eggers, Morrison and Forrester LLP, Loyola Law School, and The Northern California Innocence Project all came to my rescue (their efforts will be told in the Netflix series).

So as you watch, ponder what you will do when this period of confinement comes to an end. What life lessons will direct your new path?

Franky Carrillo was exonerated on March 16, 2011. Since his release, he’s graduated from Loyola Marymount University and successfully sued the Los Angeles County Sheriff’s Department. He’s also become a leading voice for criminal justice reform and was recently elected to be a representative of the 51st Assembly District to the Los Angeles County Democratic Central Committee. He and his wife are raising a family in Echo Park, Los Angeles.

Franky believes that no obstacle is too great, and no cause is hopeless.