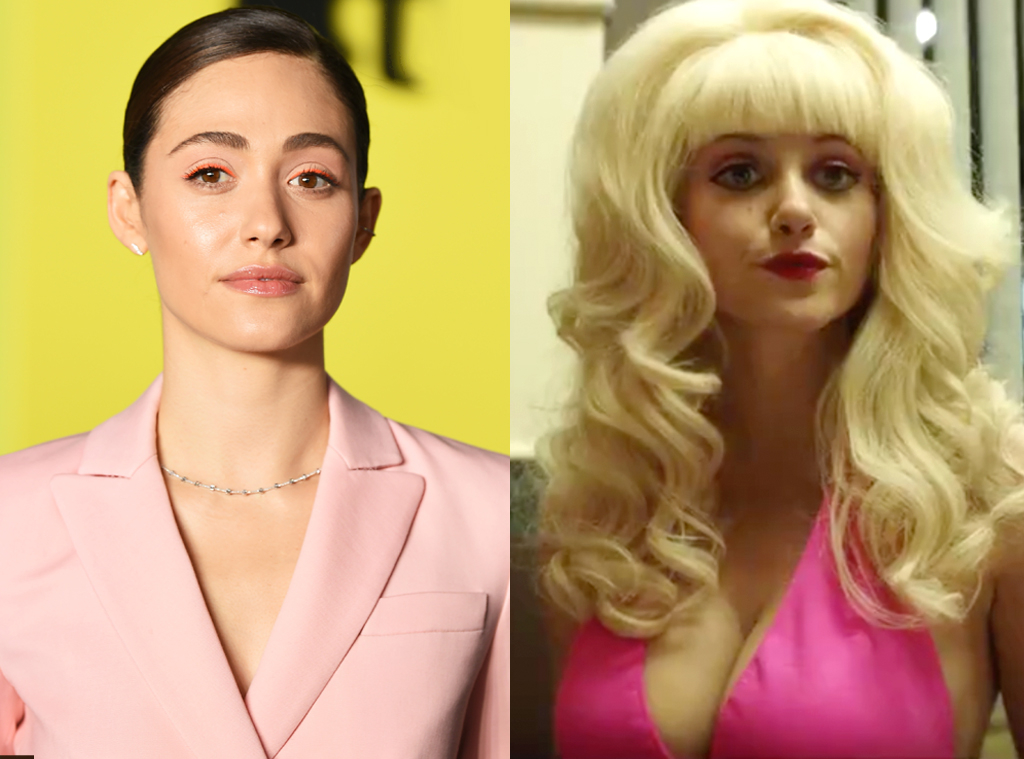 Emmy Rossum is a blonde bombshell!

As shown in the first-ever trailer for Peacock’s new series Angelyne, the actress underwent a wild transformation to play the real-life Los Angeles icon of the same name. Angelyne herself rose to fame in the 1980s after plastering her portraits on billboards across the city and driving around in what eventually became known as her signature pink Corvette. Many say she was a pioneer for the concept of being famous for…being famous.

Angelyne’s story starts to take shape in the below clip, which opens with Martin Freeman asking Rossum’s version of Angelyne what she’s interested in advertising.

“Myself, of course,” she responds, to his surprise.

“You want to put up posters of yourself—just you—around the city?” Freeman’s still-confused character says.

“Mhm, yeah. Why not?” Rossum’s Angelyne tells him. “Nobody’s ever done it. Why not start now?”

The clip goes on to show her staring in awe at one of the giant signs, cruising around in her bright car and doing several TV interviews—the latter of which includes one where she’s asked, “So Angelyne, what exactly are you famous for?”

“I’m famous for being on billboards,” Rossum’s character replies cheekily.

Another interviewer later inquires about her specific use of billboards, and Rossum’s Angelyne provides the perfect answer.

‘You want to grab people’s attention?” she says. “You have to tease.”

The response is particularly fitting due to the fact that Angelyne doesn’t yet have a premiere date. However, Peacock—NBCUniversal’s new streaming service—launched on April 15 for Comcast Xfinity X1 and Flex customers. Later this summer, on July 15, the service will also roll out for everyone to enjoy.