Angela Scanlon is an Irish television presenter and joined Saturday Kitchen to discuss the second season of her BBC show Your Home Made Perfect, as well as the foods she loves and hates the most. Though, fans were distracted by Angela for a very different reason.

Angela expressed her joy at being on the morning show, and discussed her food heaven and hell.

However, during her appearance on the show, viewers were quick to take to Twitter to criticise Angela’s floral dress.

Angela was wearing a floral-printed cream midi dress that had an oversized, bright pink Peter Pan collar, but her choice of outfit was not a hit with fans. 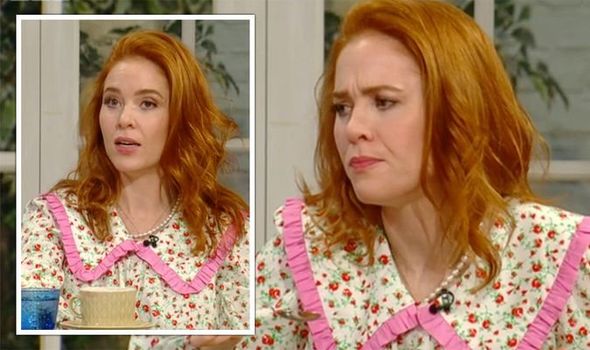 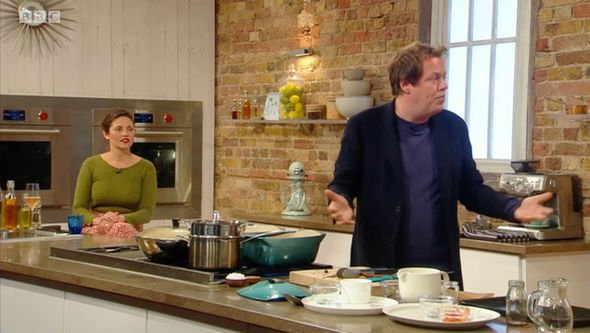 One viewer wrote on Twitter: “You always seem to be wearing a nightie!!! #SaturdayKitchen.”

Audiences agreed with another responding: “Why is Angela wearing a Nightie?”

Her dress sparked another viewer to joke: “She would be invisible in Liberty’s fabric department.” 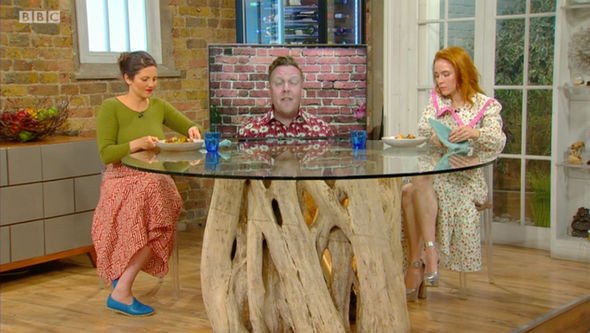 The queries about Angela’s unusual dress didn’t stop there as more and more fans took to Twitter.

“#AngelaScanlon looks as if she’s just dragged herself out of bed and has still got her Victorian style nightdress on. What a mess! #SaturdayKitchen,” one wrote.

However another viewer was highly critical of her look, saying: “@SaturdayKitchen  Tell Angela Scanlon to smarten herself up. Hair is a mess and God knows what she’s wearing, looks like Andy Pandy.” (sic)

There were some viewers, however, that loved her dress sense and kindly replied to a photo of Angela in a promo for Saturday Kitchen and showered her with compliments.

Another added: “To be fair to Angela #SaturdayKitchen I seldom dress for work anymore. Aww, how cute does she look though.”

After some harsh comments, someone else on Twitter quickly defended her fashion choice as well, stating: “@angelascanlon looks as amazing as ever and as for the clothing, it’s flipping ace.

“The girl has more style in her little finger than you ever will,” they concluded.

Earlier in the show, Angela revealed her ultimate heaven and hell food choices to Matt.

However, some of her choices divided viewers on social media as well, with many citing her reasoning for hating boiled food as “weird”.

Angela revealed that “mushrooms” were her ultimate food heaven.

“Mushrooms I love, scallops I love, seafood generally I love but scallops especially.”

Though, her hell is “controversially anything boiled”, which includes any “meat and veg boiled, like in a stew, like an old school stew”.

After Matt served her some stew he made later in the show, she joked: “Please give me some toast now.”

Saturday Kitchen Live airs every Saturday at 10am on BBC One.