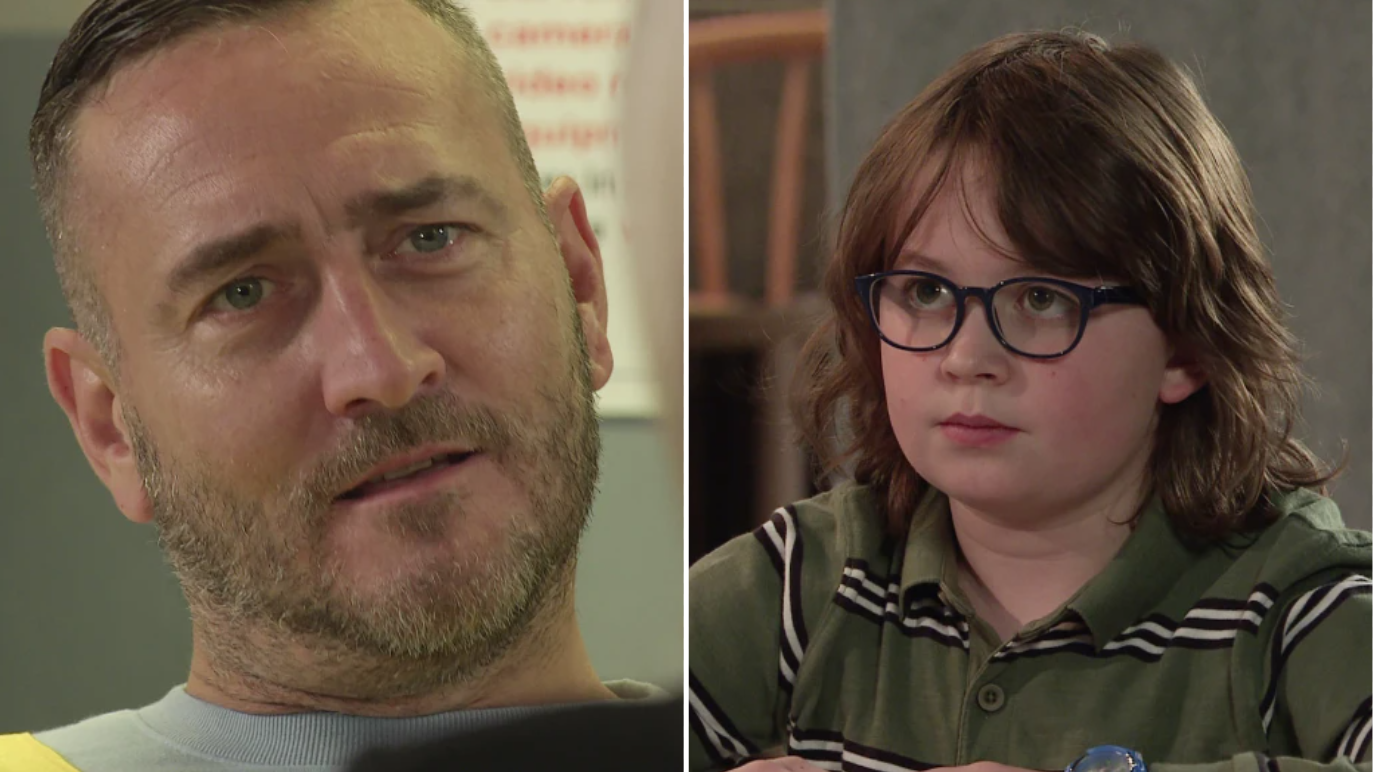 Sam Blakeman (Jude Riordan) was never going to stop writing to Harvey Gaskell (Will Mellor) when Nick Tilsley (Ben Price) told him to in Coronation Street.

The young lad has been contacting the murderer as he wants to find out more about his state of mind and whether he regrets killing his mum, Natasha.

When Nick found out what was going on, he was furious and told Sam there was no way he could continue writing to Harvey – let alone see him in prison.

Ever determined Sam wasn’t going to let Nick sway him, and he later met up with Hope (Isabella Flanagan), confirming he’d still be writing the letters.

Next week, Sam decides to learn about restorative justice and updates Roy (David Neilson) on his latest read, explaining that he’d like to visit Harvey in prison and wonders if he’d like to go with him if Nick still says no.

This is Roy we’re talking about here so of course; he immediately tells Nick.

Given food for thought, Nick later chats to Leanne who wonders if maybe, they should go to the prison after all, as it may be the only way Sam can get closure.

But what will Nick decide?