SAM Faiers went topless for a massage on the beach in Sardinia yesterday.

The Mummy Diaries star slipped her white swimsuit down and let the masseuse get to work on her back on the Italian island. 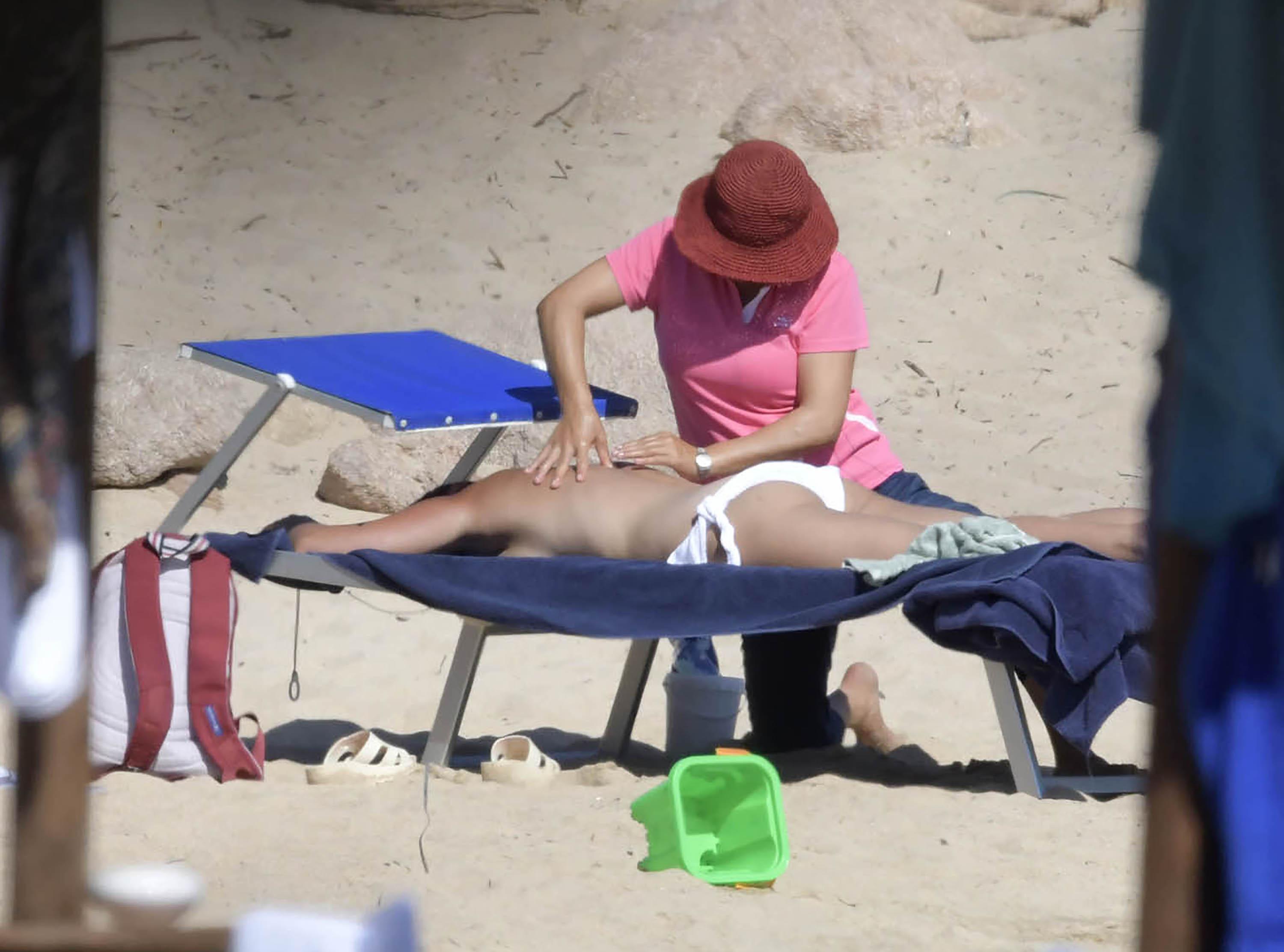 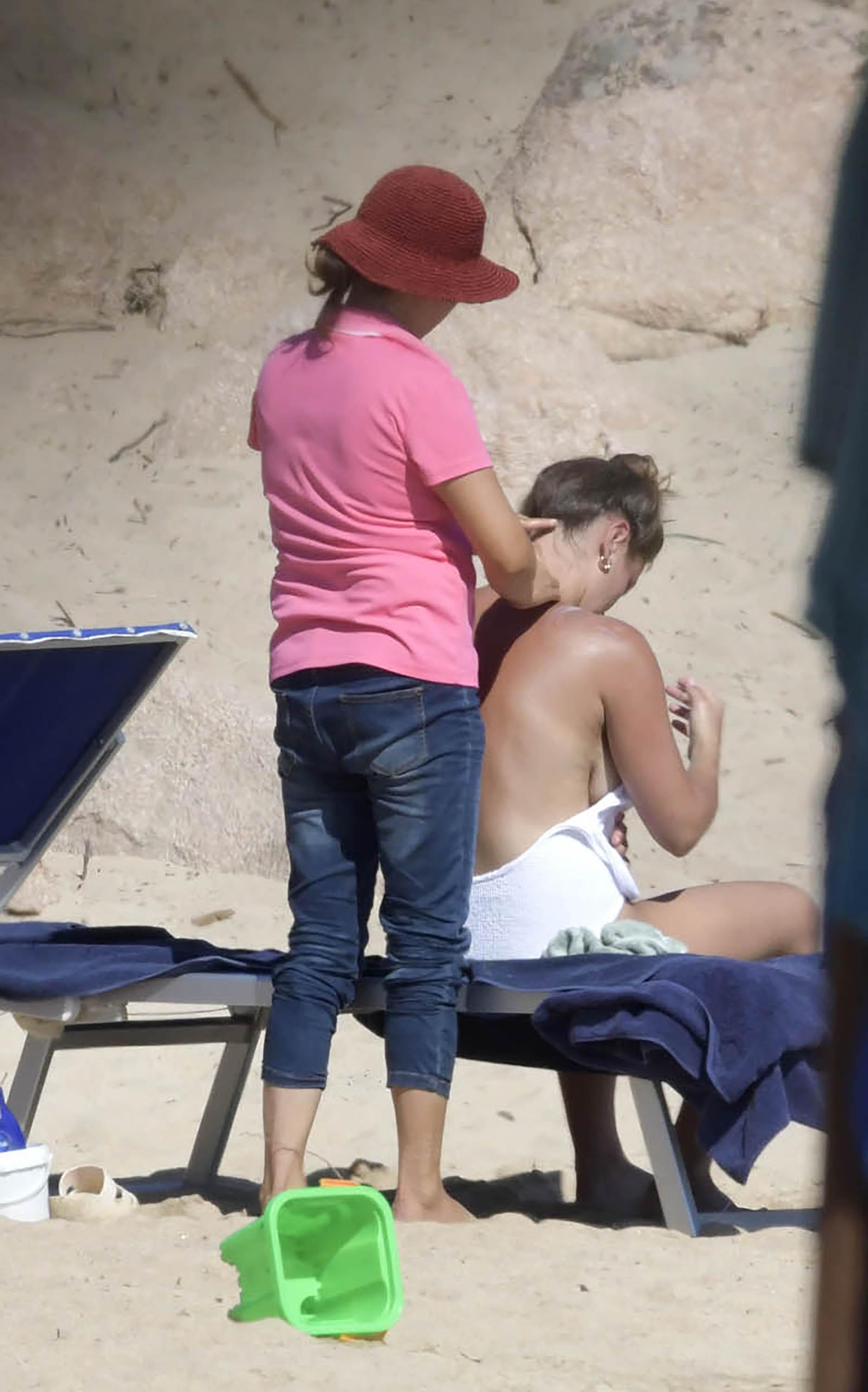 As her other half Paul Knightley frolicked in the sea, Sam, 27, relaxed on a table during her luxury treatment.

Later, she walked from the sandy beach into the crystal blue waters and hugged her boyfriend as they shared a smooch.

Sam showed off her incredible post-baby figure in the gorgeous swimming suit that featured a plunging neckline.

The star has two children with Paul, including Paul Jnr, who was born in December 2015, and her baby girl Rosie, who was born on November 11. 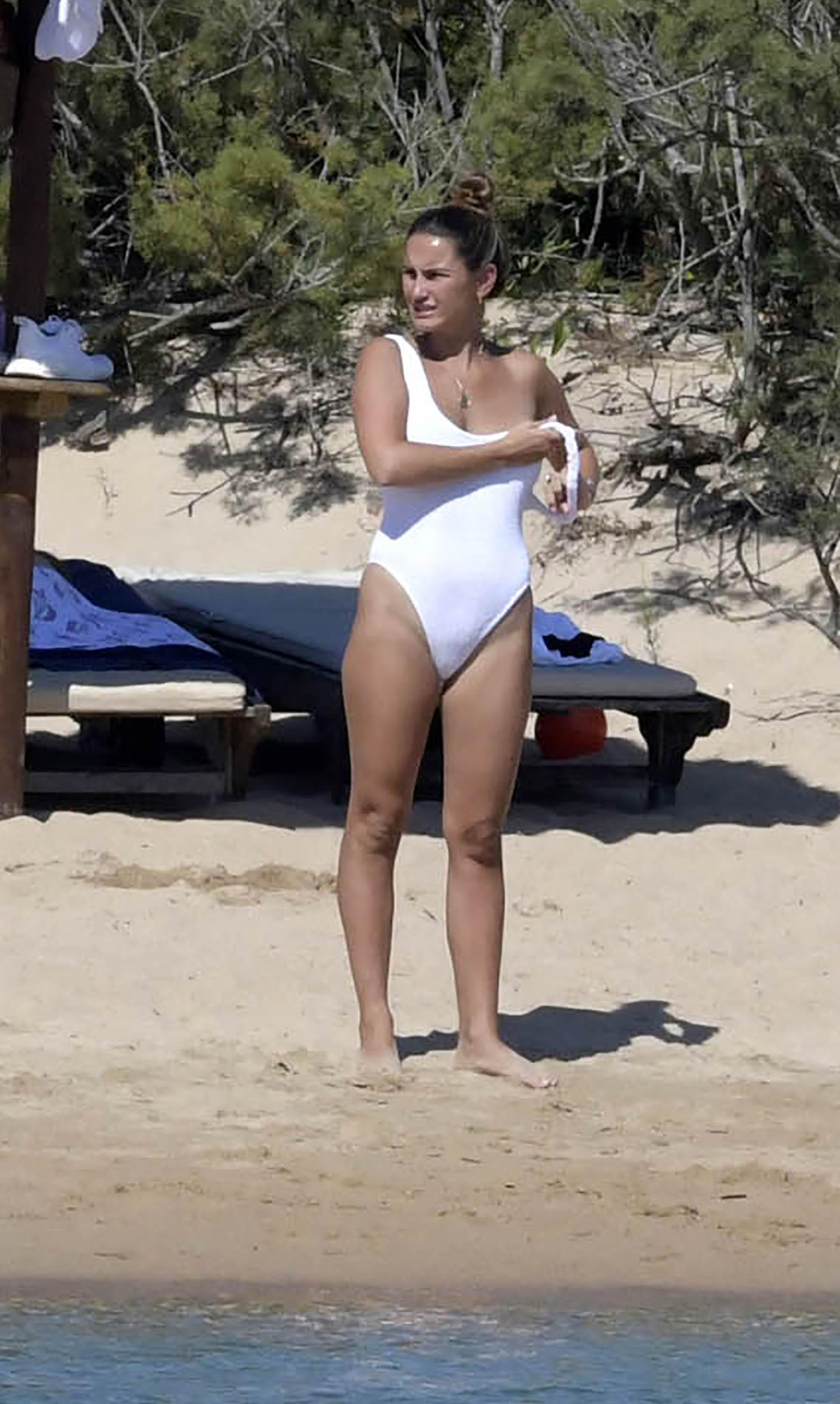 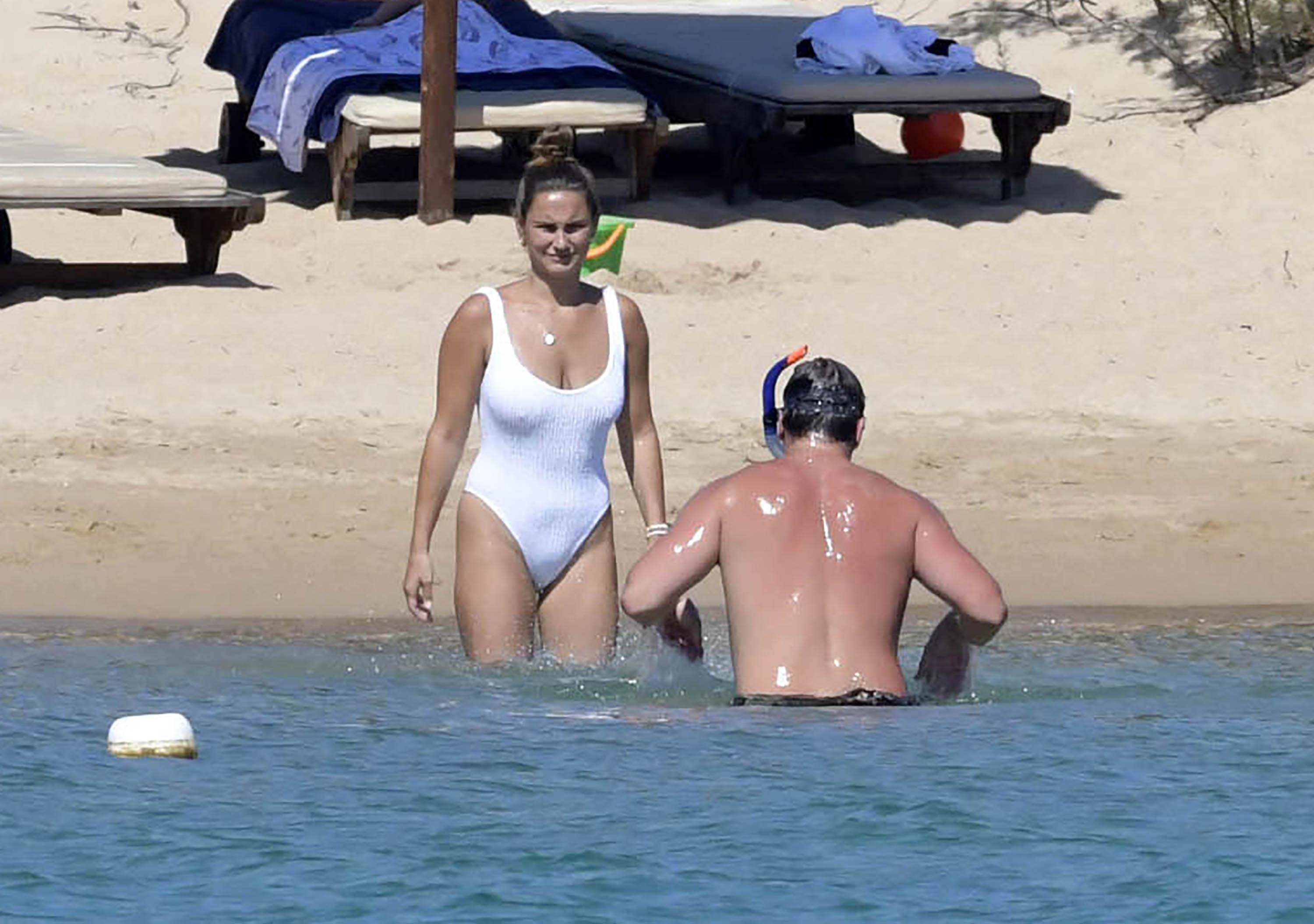 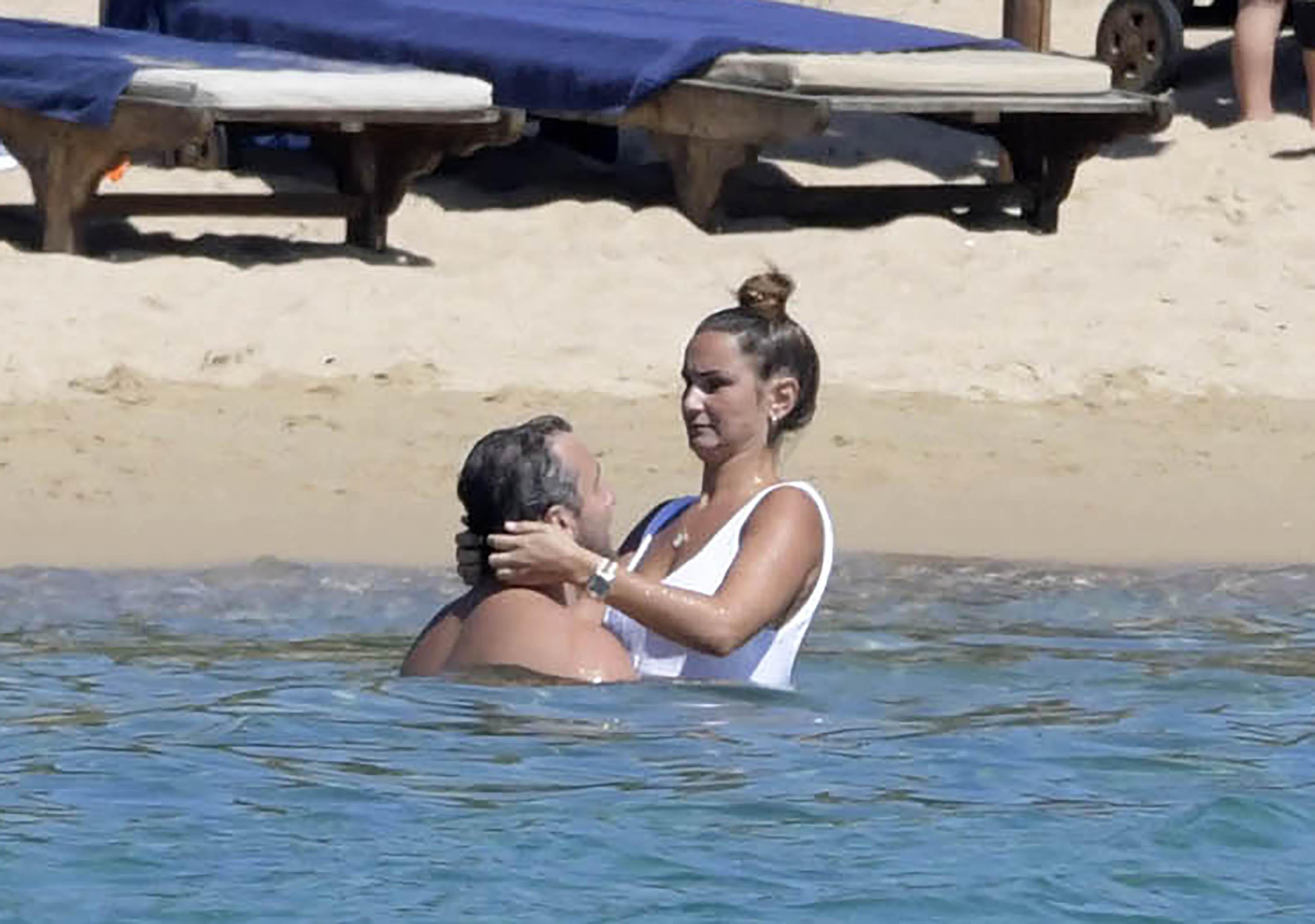 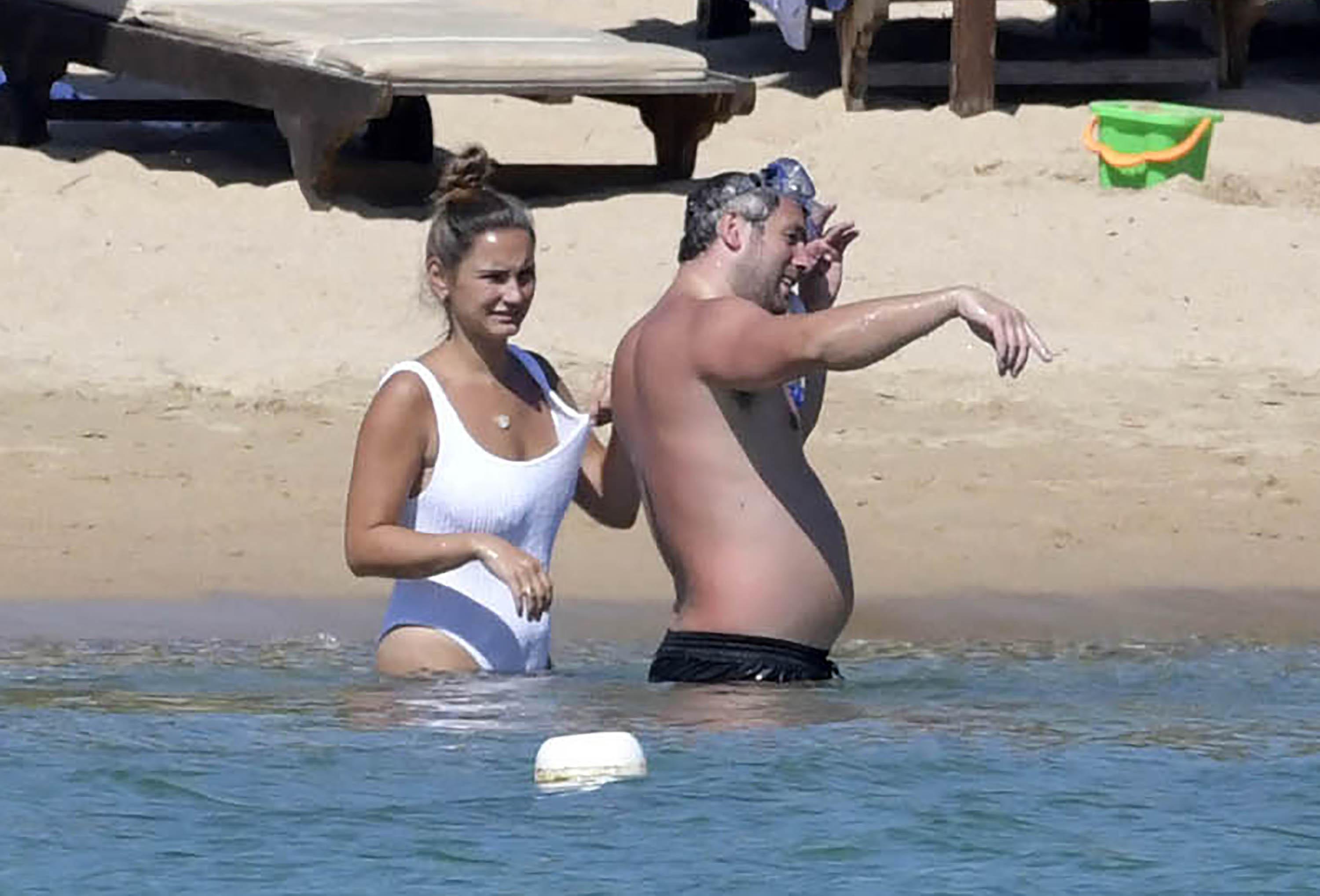 She recently revealed that she still sleeps in a separate bed to her man eight months after welcoming their daughter.

They also plan to co-sleep with their kids for another three years.

Speaking to Fabulous Online, she revealed: "Paul sleeps with Big Paul, and Rosie sleeps with me. But it works, we’re all getting sleep.

"When I was heavily pregnant with Rosie, I started getting really uncomfortable and going for a wee at night. 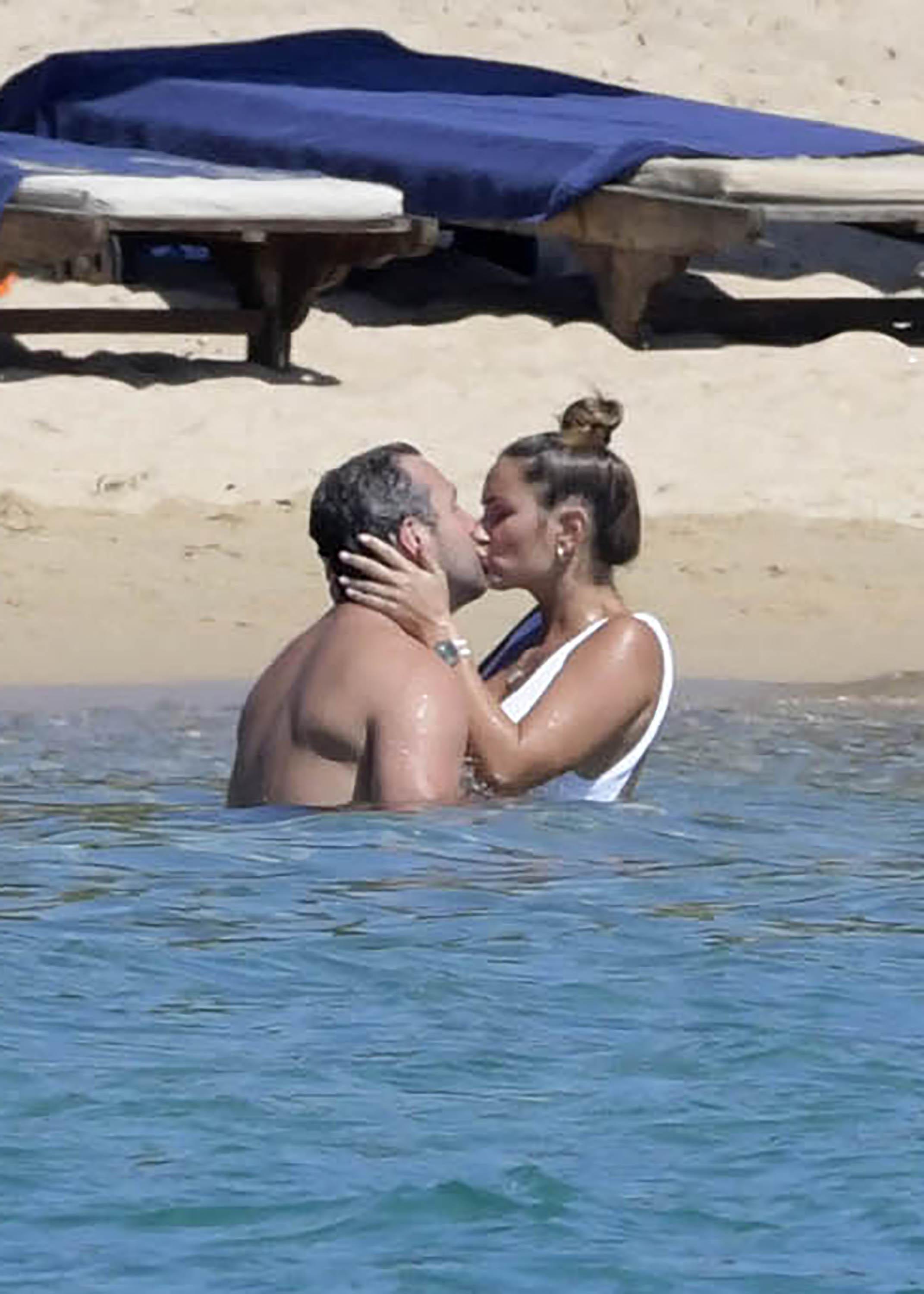 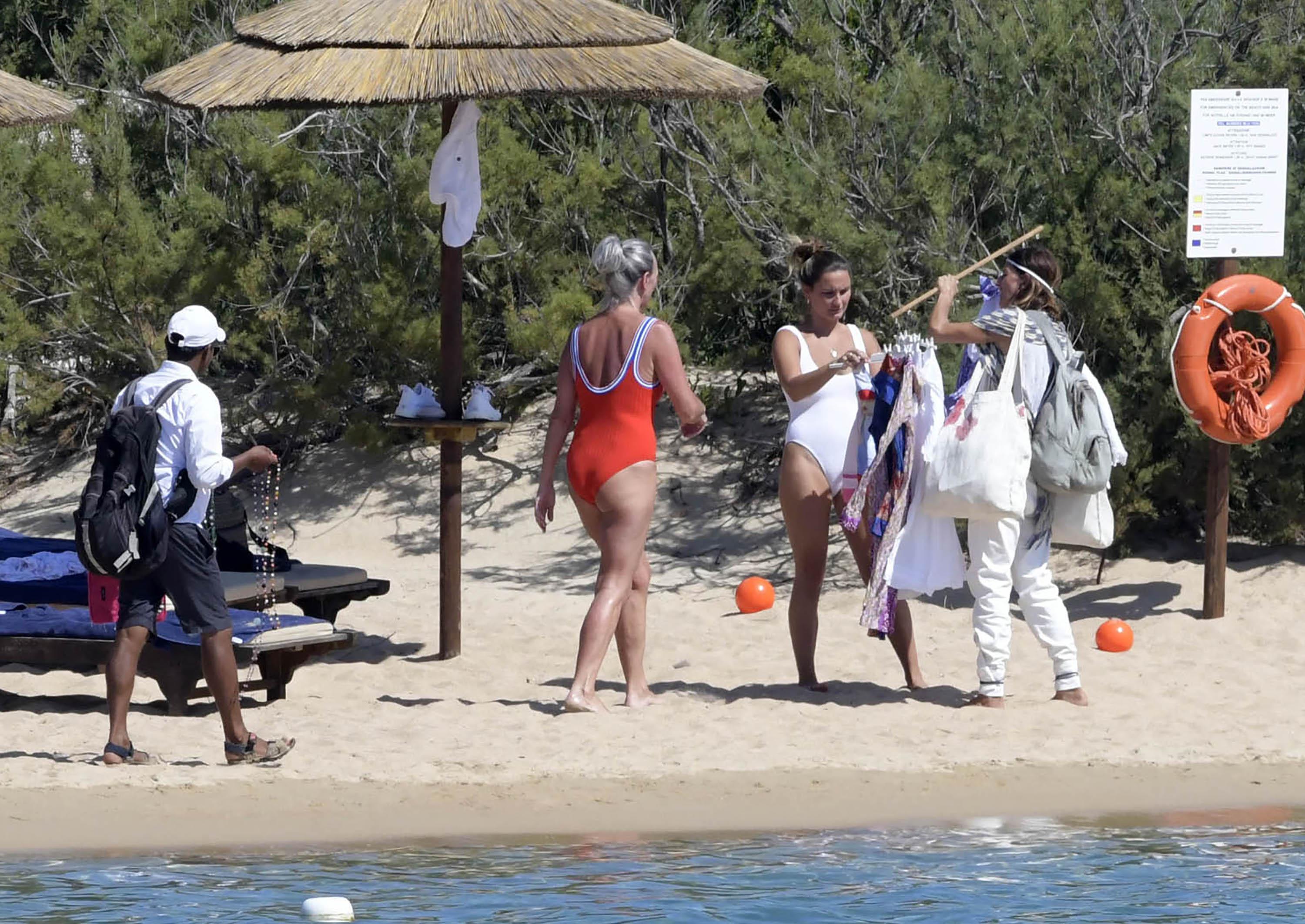 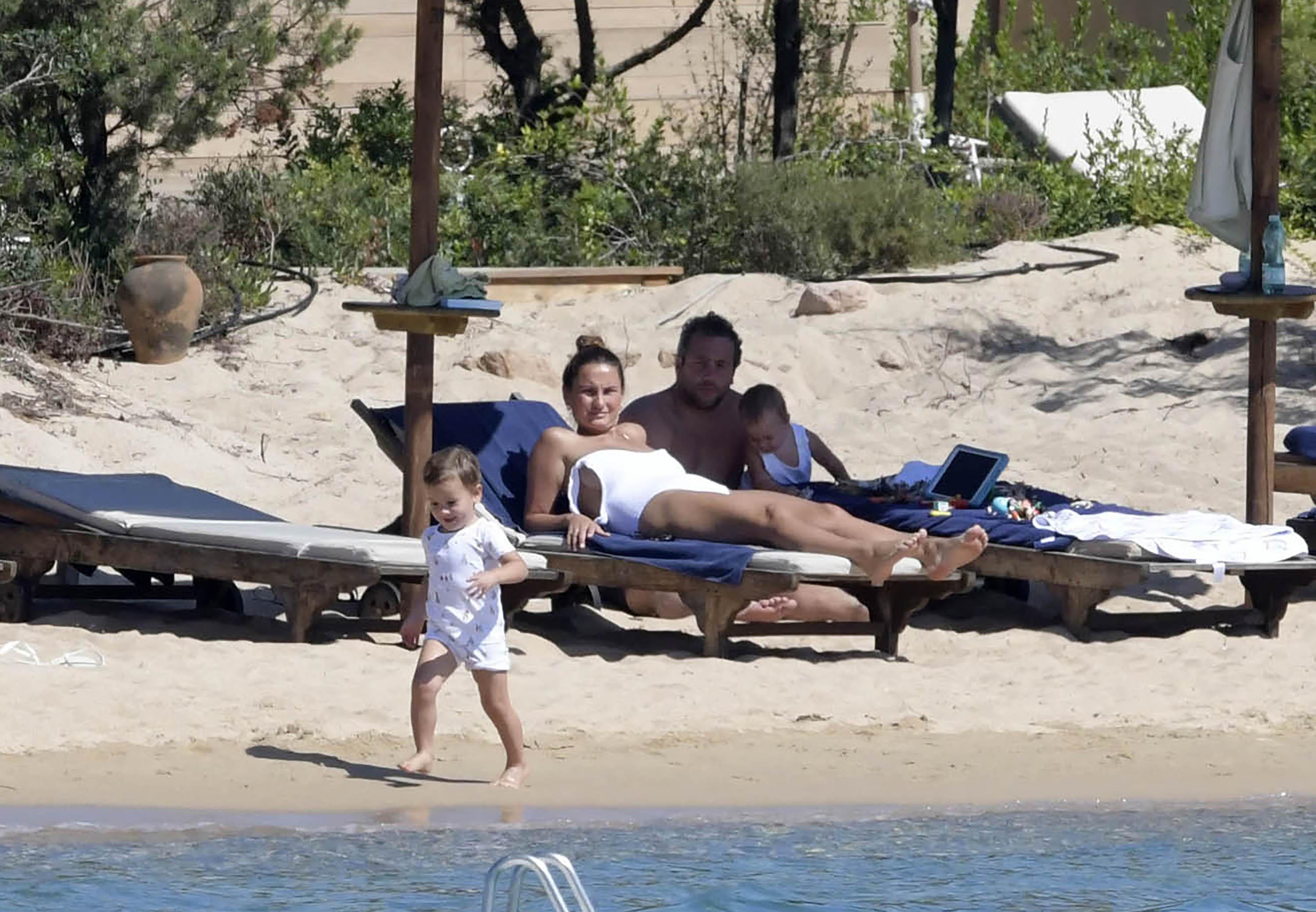 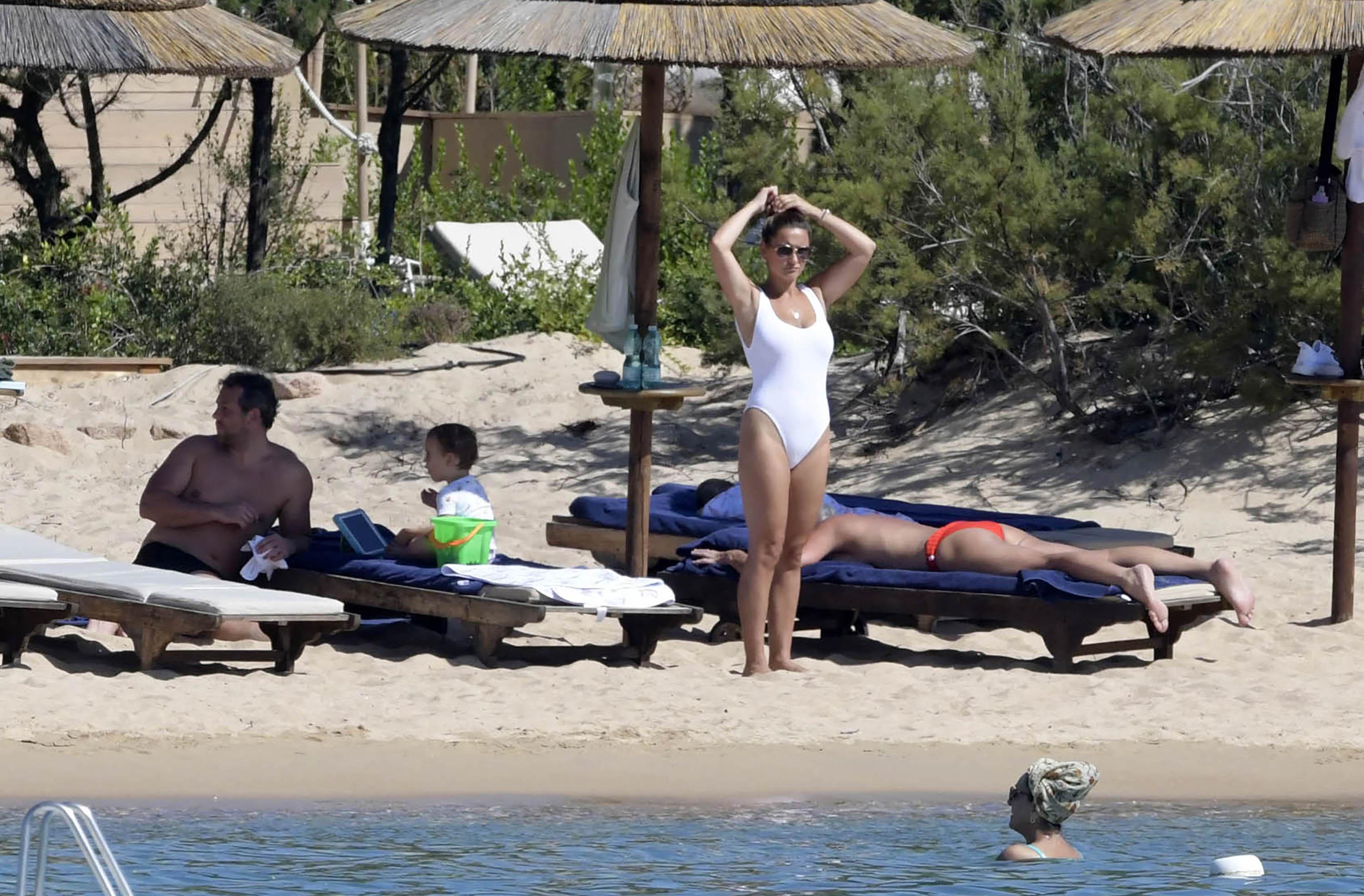 "I was disturbing Big Paul and Little Paul, so I thought I’d go into my own bed.

"Then when I had Rosie I was so comfortable in that bed that it just continued that way. She’s still in there with me.

"I can’t imagine not having one of them in the bed with me now. It’s gone on for so long, as it’s so lovely to wake up with them and cuddle and see their little faces. 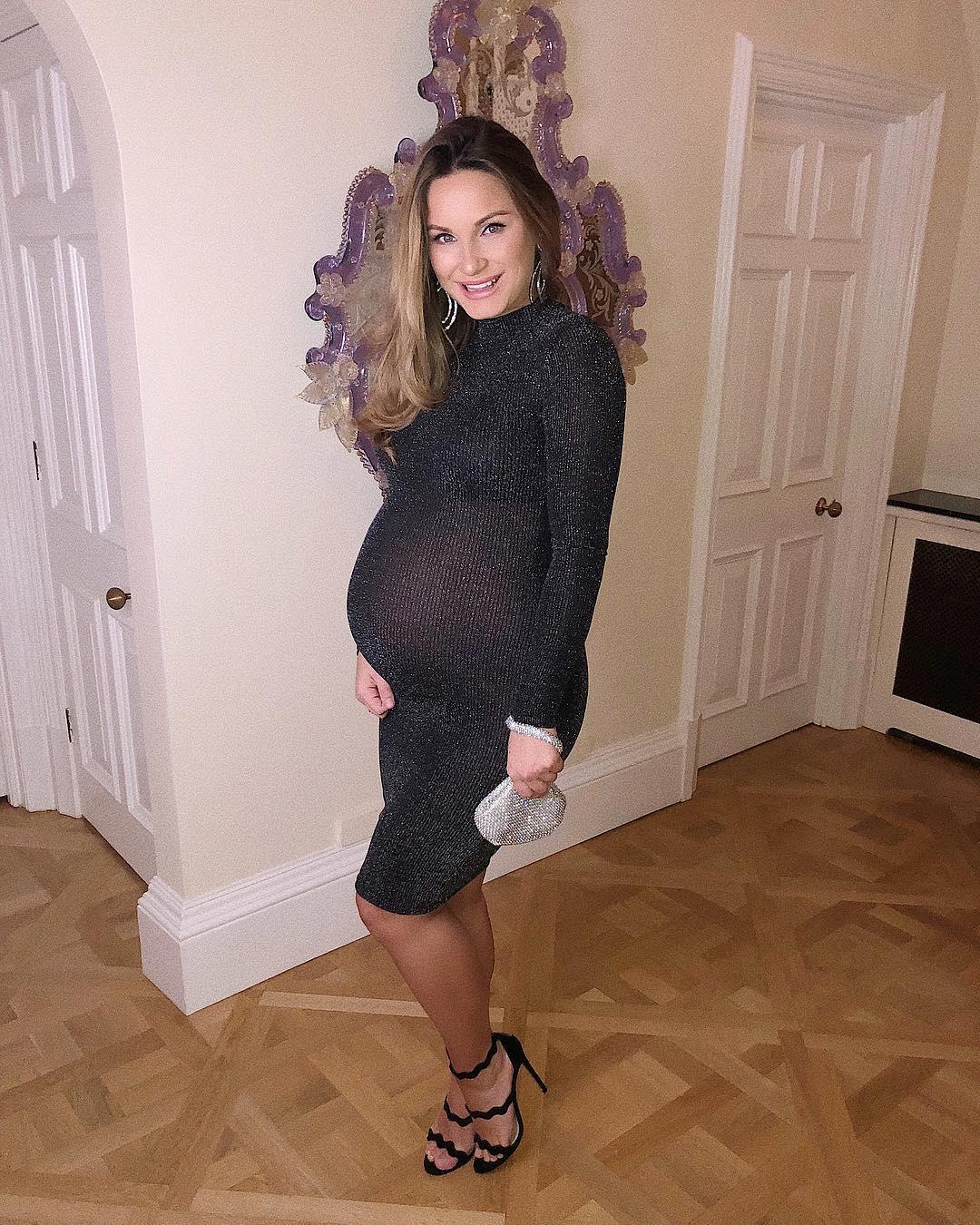 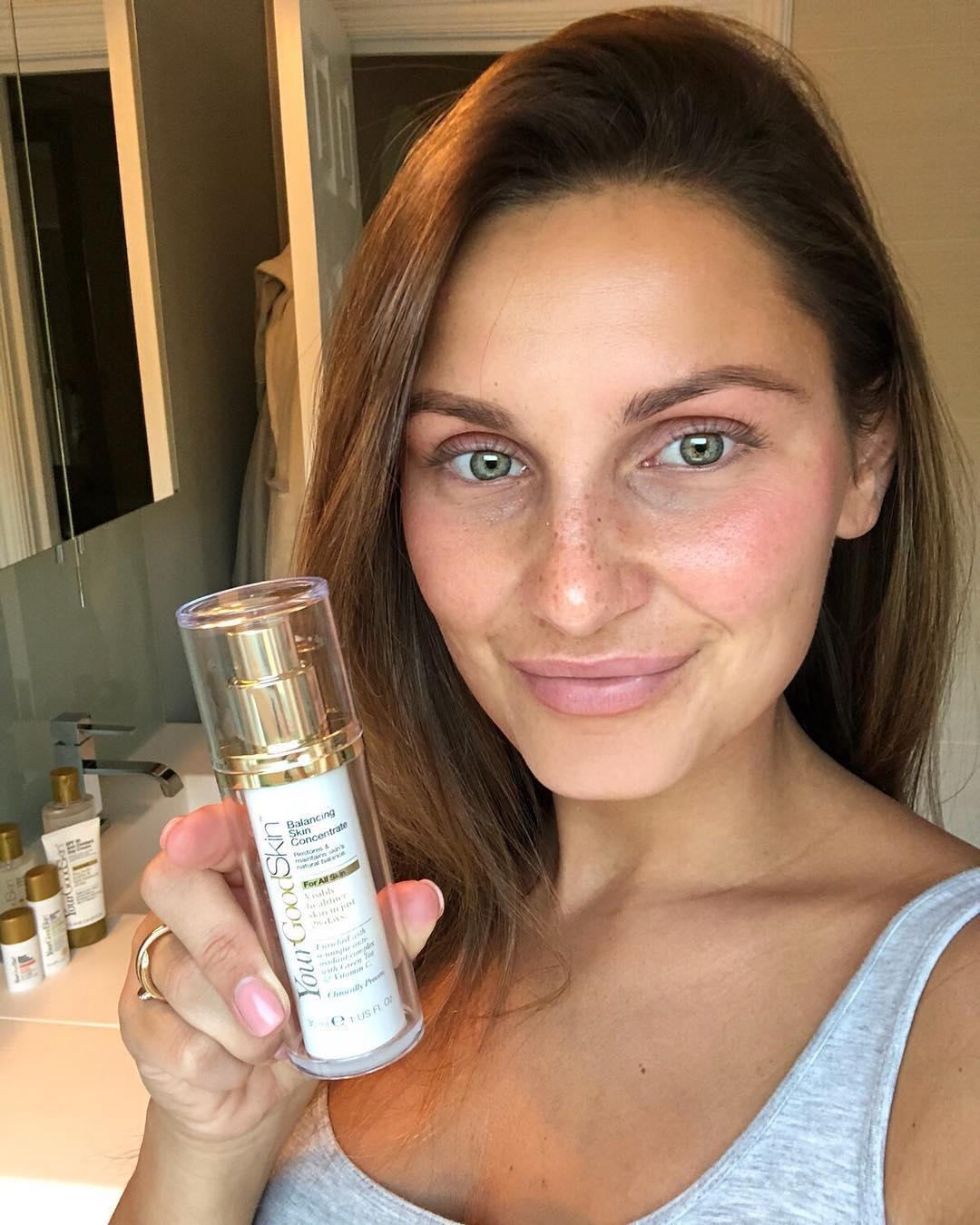 MOST READ IN TV &amp; SHOWBIZ

"Obviously when Paul goes to school he’ll be in his own room, but it's such a small time that they’re this young.

"When they’re four and going to school, that’s it, they’re not babies anymore.

"I think while we can, and we’re still all comfortable with it, it’s really nice having them in the bed with us."